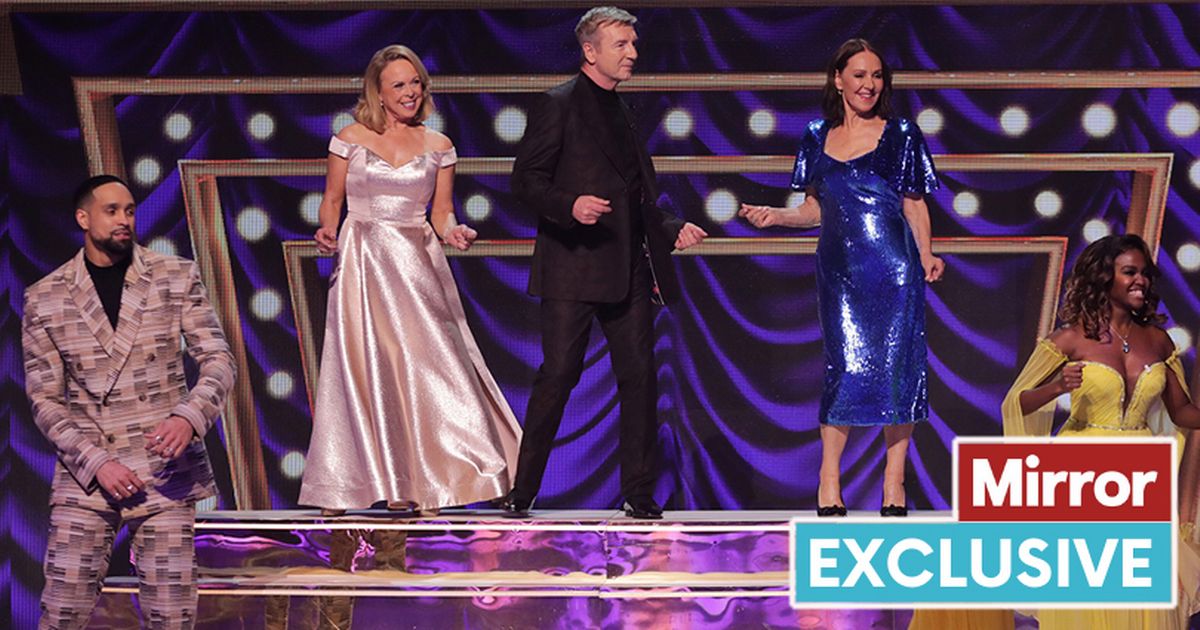 The ice might be frozen but the competition could not be any hotter. For tomorrow night’s Dancing on Ice promises to be one of the toughest semi-finals in the show’s history.

It’s a feat that has never happened before.

The latter is the infamously accident-prone boybander who did a whole routine in week three with a cut chin, blood on the ice and a dislocated shoulder (and in Pirate Week, later slashed his leg).

The judges – Oti Mabuse, Jayne Torvill, Christopher Dean and Ashley Banjo – have shared their highlights from the latest series
(

With so much talent, there’s only one thing the judges can agree on when it comes to who’ll be the winner – it really could be any one of these last five.

So now as they prepare for the final hurdle before the final, judges Jayne Torvill and Christopher Dean, Oti Mabuse and Ashley Banjo look back over the record-breaking series and share their favourite – and most shocking – moments.

And yes, Happy Mondays’ Bez does make their list…..

Favourite Overall Moment (so far): Torvill and Dean week, last week, was really special for Jayne and I. It was the first time we did this on Dancing On Ice and it was a joy to watch the celebrities recreate our routines from over our career.

Favourite Performance (and Best Move): Regan’s Barnum performance was beautiful to watch. He and Karina really captured the original performance that Jayne and I produced.

We were both emotional watching it. I loved seeing them recreate my and Jayne’s move where Karina was lifted and went under Regan’s legs.

Best Partnership: All the partnerships have been very special. The celebrities and their skating partner form a strong bond and they have to have complete trust in one another. This year I think we’ve seen some of our strongest partnerships on the ice.

Most Spectacular Fall: These happened in rehearsals and we saw both Connor and Bez take some tough falls. But it’s to be expected, the ice can be unforgiving.

Bez had some ‘tough’ falls on the show
(

Connor has been one of the most unluckiest contestants in that he’s cut both his chin and leg and required stitches. That’s been a first on Dancing On Ice!

Most Unexpected Moment: Bez as Indiana Jones was definitely one of most memorable performances of the series. I don’t think we knew what to expect when he came out, but it was very humorous and memorable!

Most Shocking Exit: I don’t think we’ve had any this series, but we have a couple more shows to go and anything can happen.

Funniest moment: All of Bez’s performances. He really brought his unique style and humour to the ice.

Favourite Overall Moment (so far): Torvill and Dean Week as well. We loved it. The celebrities are of such a high standard this year, they each performed the routines beautifully. Watching the performances brought back so many memories for Chris and I.

Favourite Performance: I really enjoyed Regan and Karina’s performance to Barnum last week too. He is such a beautiful skater and technically one of the best we’ve ever had.

Best Move: Definitely Kimberly and Mark doing the reverse split spin last week. That was the first time we’ve seen that on the show and it was pretty spectacular.

Best Partnership: All have been special. The partnerships this year are particularly strong and you can see that in the level of skating.

Most Spectacular Fall: Connor. (All of them). He’s definitely had the most falls but has been a real trouper and carries on.

Biggest Shock Exit: None so far, but you never know there’s still time…..

Funniest moment: Everything with Bez! His performances were always so fun, he really loved skating and worked really hard to improve. He’d definitely get a 10 out of 10 for effort.

Favourite Overall Moment (so far): Last weekend’s show was probably one of the best shows ever on any series. The standard of skating from everyone is so high, to give three top scores a week before the semi final has got to be a first.

Favourite Performance: Kimberly and Mark’s performance to Puttin’ on the Ritz for Torvill & Dean Week last week was honestly amazing. I said to them: ‘Sometimes I wish I had an 11’ because it was that good!

Best Move: I love the intricate footwork which all of the celebs left in the competition have demonstrated. Regan is probably one of the best technical skaters we’ve ever had on the show and he is a joy to watch each week.

Best Partnership: I loved Liberty [Poole from Love Island ] and Joe’s partnership. The two of them together were a whole vibe and it came out in the choreography. It was like watching two friends have a really good skate together each week and I loved that.

Most Spectacular Fall: Connor again! Connor’s become our most accident prone celeb. He has some serious guts. He had a bad fall right before his week three performance and still came out fighting!

Most Unexpected Moment: Kye’s first performance. Who rides a BMX in ice skates with a firework on the back… Kye does!

Most Shocking Exit: Ben [Foden, rugby star who was eliminated first] was great. His lifts were strong and he and his partner Robin [Johnstone] executed the routine really well. But him leaving first just showed us how tough the competition is in this series. Everyone is brilliant!

Funniest moment: It has to be Bez again. Each week he definitely put a smile on people’s faces.

Favourite Overall Moment (so far): A massive highlight for me was getting the opportunity to work with Jayne and Christopher on my performance on Props Week – absolutely incredible. [Oti performed a piece from her new stage show I Am Here].

Last week was also a pretty epic show, the standard of ice dancing was off the charts. Everyone brought their A game and it was a joy to watch each of them skate. It was a shame to lose someone [Paralympian Stef Reid] as everyone was so good.

Favourite Performance: I have so many! I thought Stef and Andy Buhanan’s headbanger routine in Props Week was amazing. They worked so well together and pushed the boundaries each week, she is such an inspiration.

Best Move: The iconic headbanger. So far there has been one from Stef and Andy and one from Brendan and Vanessa. I can see why some people may watch through their fingers!

It’s pretty impressive. I also loved Kimberley’s quickstep on the ice, you forgot she was skating, it was a joy to watch.

Best Partnership: It’s hard to choose, Brendan and Vanessa make it look so effortless, Kimberly and Mark have such a strong partnership but as do all of them all. You have to put real trust in your partner and you become a team. It’s lovely to watch these relationships grow each week.

Most Spectacular Fall: We never want to see anyone fall, but Connor […] What a trooper, he gets straight back up and carries on. He’s had such a journey on the show and is definitely the dark horse of the competition.

Connor Ball has suffered a few accidents on the ice
(

Most Unexpected Moment: Regan is such a beautiful skater and on Sunday achieved the perfect score. He got emotional and it made me and Jayne emotional too. They were happy tears as he was fantastic and was technically so good.

Most Shocking Exit: Each week I’m sad to see someone leave. They are all so good, as a judge it’s always so hard to make our decisions.

Funniest moment: Bez’s Indiana Jones routine, he embodied the character and was so much fun to watch! Bez was King of Performance.

Dancing on Ice continues on Sunday night from 7.30pm on ITV.