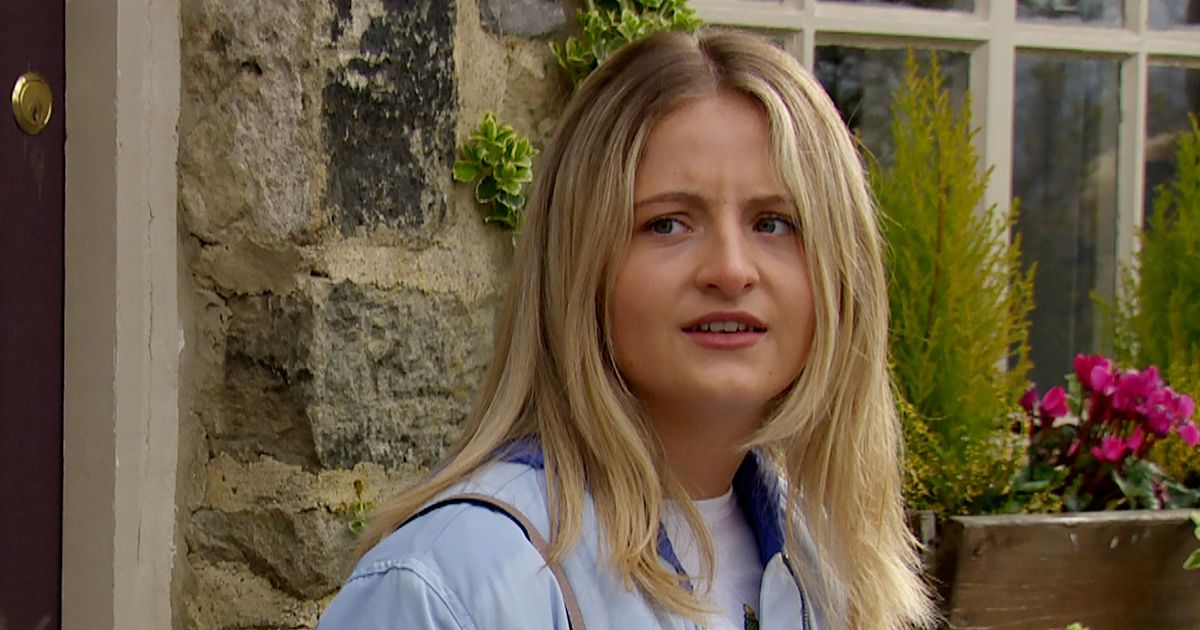 Emmerdale’s Amelia Spencer has become increasingly body conscious in recent weeks on the soap, with the situation set to worsen next week.

Like many her age, ITV viewers have watched as Amelia, who is played by Daisy Campbell, has changed her behaviour under the influence of social media in recent weeks.

In recent scenes, Amelia has drastically changed her lifestyle as a result of ideas she’s seen from influencers online.

She recently told Dan ( Liam Fox ) that she has completely cut out carbs for breakfast and was left open-mouthed when she saw a social media influencer had clinched a huge deal with a sports brand as a result of her online presence.

As Amelia has continued to stay glued to her phone, Dan has been left concerned over how her excessive screen time is affecting her.

Amelia has drastically changed her lifestyle

Amelia’s confidence also took a knock when she was recently chatting to friend Cathy (Gabrielle Dowling) about a social media influencer she was following.

The teen was amazed the influencer had bagged a deal with a sports brand and could wear free gym gear as a result.

Feeling inspired, Amelia decided to upload more photos to her feed, using filters and editing apps on the snaps.

When Kerry (Laura Norton) then poked fun at Amelia after discovering she was using the editing apps, she was left hurt by the comments.

Wanting to impress her long-time crush Noah, Amelia dressed up, styled her hair, and extensively did her makeup.

But when Noah cruelly told her he was using her to make Chloe jealous, she was left devastated as he then twisted the knife, telling her no boy would go out with her – not even with a face full of makeup.

In recent scenes, Amelia saw the ugly side of having an active online presence when she received a nasty comment on her social media about a photo she posted.

ITV spoilers have now revealed that next week on the soap, Cathy is left worried when she spots her with a suspicious looking bottle.

Knowing the supplements aren’t good for her, Amelia tries to shrug it off and hide the truth from Cathy. But as she tries to distract Cathy from the truth, could Cathy be in danger from the pills? And is this the start of a worrying path for Amelia?

Emmerdale airs weeknights at 7.30pm on ITV and streams on the ITV Hub.