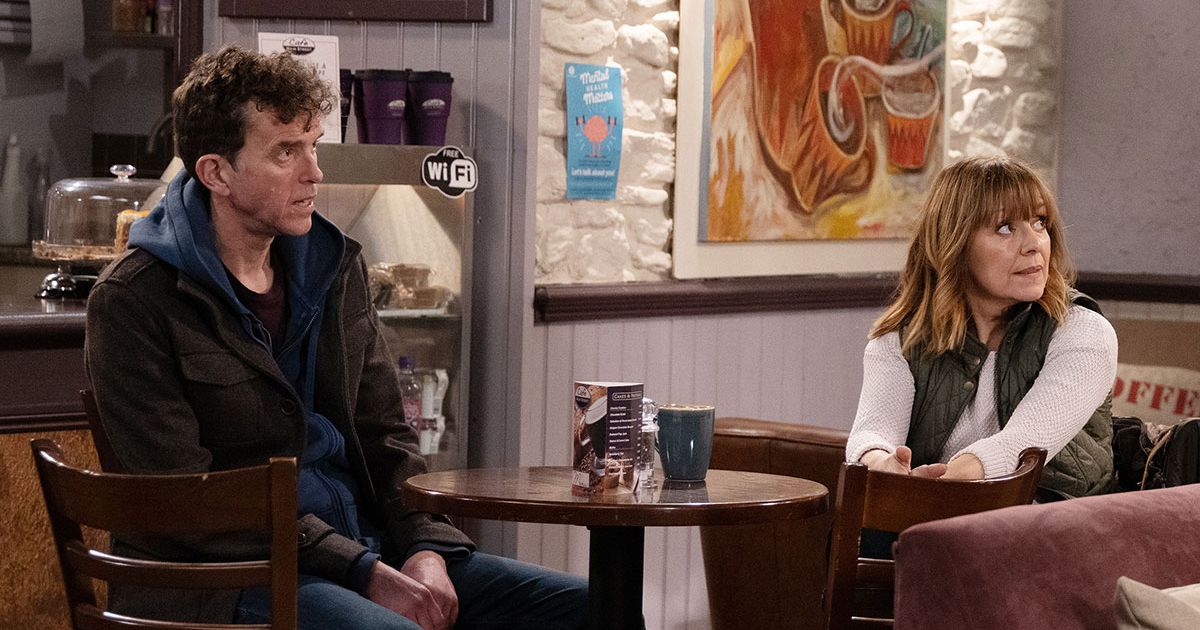 Emmerdale: Marcus is told that Pierce has died in prison

Emmerdale couple Marlon Dingle and Rhona Goskirk could find their relationship on the rocks next week thanks to newcomer Marcus Dean.

New ITV spoilers reveal that things will become complicated when Marcus informs Rhona (Zoe Henry) that she’s been named in Pierce Harris’ will.

Rhona knows that time is running out to tell Marlon (Mark Charnock) the truth about Marcus’s identity, but when she learns about the will, she’s not sure what to do.

When Kim Tate (Claire King) stops by to speak with Rhona and learns of Marcus’ identity, she’s left rattled but Rhona does her best to explain everything about Pierce and Marcus (Darcy Grey).

However, Kim can’t believe what she’s hearing and as she storms out, Marlon enters looking confused as he’s only caught the tail-end of the confrontation.

Rhona finally comes clean to a stunned Marlon, but he decides to leave as he needs time to digest everything that he’s just been told.

This leaves Rhona devastated Rhona and fearing the worst for the future of their relationship.

The following day Marlon tells Paddy that he’s unsure if he’ll ever be able to forgive Rhona and when they cross paths, there’s a war of words.

When Rhona insults Marlon’s ego and accuses him of victim-shaming her, Marlon’s left visibly hurt.

Overseeing it all, Marcus pleads with him to not take his anger over Pierce out on Rhona and Marlon is struck deep by Marcus’ words. But will it be enough for Marlon to want to reconcile?

Rhona is hellbent on making things right between her and Marlon and decides to propose to him, but what will his answer be?