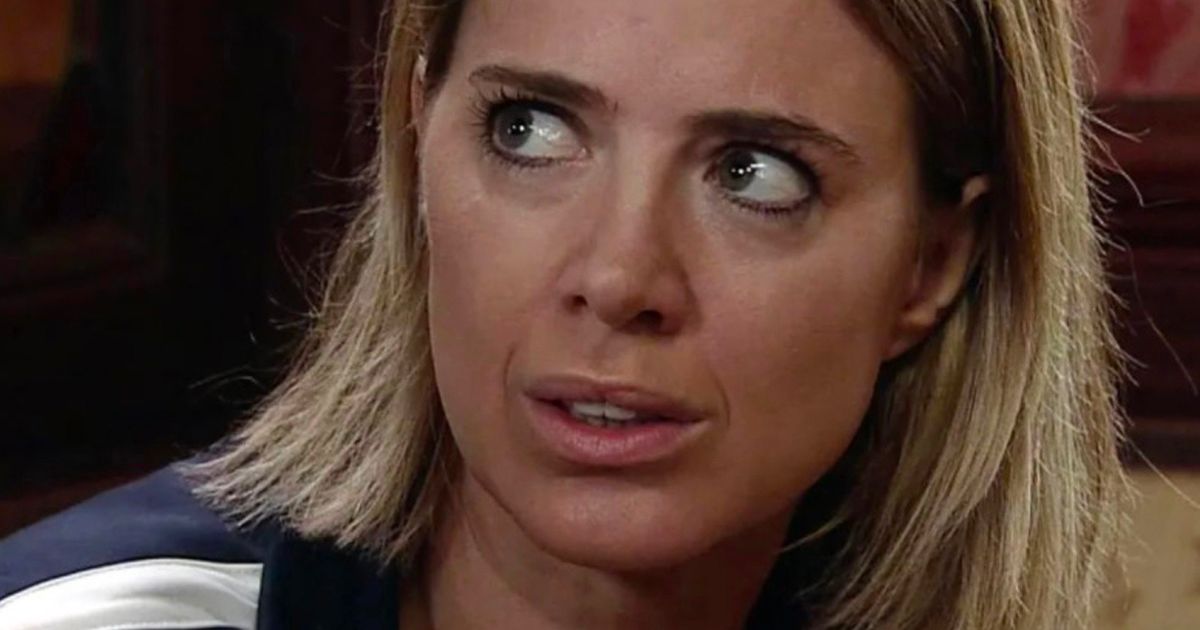 Coronation Street spoilers for next week on the ITV soap show that Kevin Webster turns his back on Abi Franklin after discovering her affair with Imran Habeeb, leaving her on a dangerous downward spiral

Coronation Street’s Abi Franklin hits rock bottom on the soap next week, after husband Kevin Webster finally discovers her cheating and asks her to leave their home.

The bombshell looks set to tear the much-loved couple apart on the ITV soap, after Abi (Sally Carman) accidentally let slip about her affair with Imran Habeeb (Charlie de Melo) in front of Kevin (Michael Le Vell), leaving him devastated.

It all kicked off when the couple and Kevin’s son Jack decided to go on a trip in their camper van, amid drama surrounding Abi’s plans to adopt Jack.

After Abi urged pal Sally Metcalfe (Sally Dynevor) to keep her infidelity secret, amid threats to tell Kevin the truth, the affair accidentally came out as Abi’s phone was connected to a bluetooth speaker within earshot of Kevin.

Reeling in shock, he soon drives off, leaving the fate of their relationship up in the air until next week on the soap.

The devastating fallout next week will result in Abi turning to drugs in a dark moment.
(

ITV spoilers now reveal the devastating fallout next week will result in Abi turning to drugs in a dark moment.

The drama begins on Monday, February 28, as Imran surprises Toyah (Georgia Taylor) with an engagement ring over dinner in the bistro.

Meanwhile, having spoken to Kevin, Debbie is forced to break delicate news about their marriage to Abi and takes her into the office for a chat.

She gently explains that Kevin wants her to have moved out by the time he returns home.

Abi is left reeling, so that when a delighted Toyah then shows off her engagement ring, she fumes and takes the new bride-to-be aback with her seething response.

The drama continues on Friday, March 4, when Abi begins to slide down a worrying slippery slope as her substance abuse issues come into play.

Abi tearfully packs her things before Kevin’s return to No 13 and then goes to Victoria Garden to knock back vodka.

As she scrolls through pictures of Seb, Toyah finds Abi as she hits the booze and urges her to go to a support group.

Reeling in shock, he soon drives off – but what exactly has he heard, and what does it mean for Abi and Imran?
(

Abi agrees, but has no intention of doing so and only says it to shut Toyah up.

She then goes one step further in later scenes, when she introduces Toyah to Dean and makes out he’s her sponsor, supporting her in battling her addiction.

Toyah’s pleased, but out of her line of sight, Dean hands Abi a bag of drugs and the pair share a conspiratorial laugh at Toyah’s expense.

Is this the beginning of a dangerous downward spiral for Abi? And is her marriage to Kevin truly over for good?

Coronation Street airs Monday, Wednesday and Friday at 7:30pm and 8:30pm on ITV.