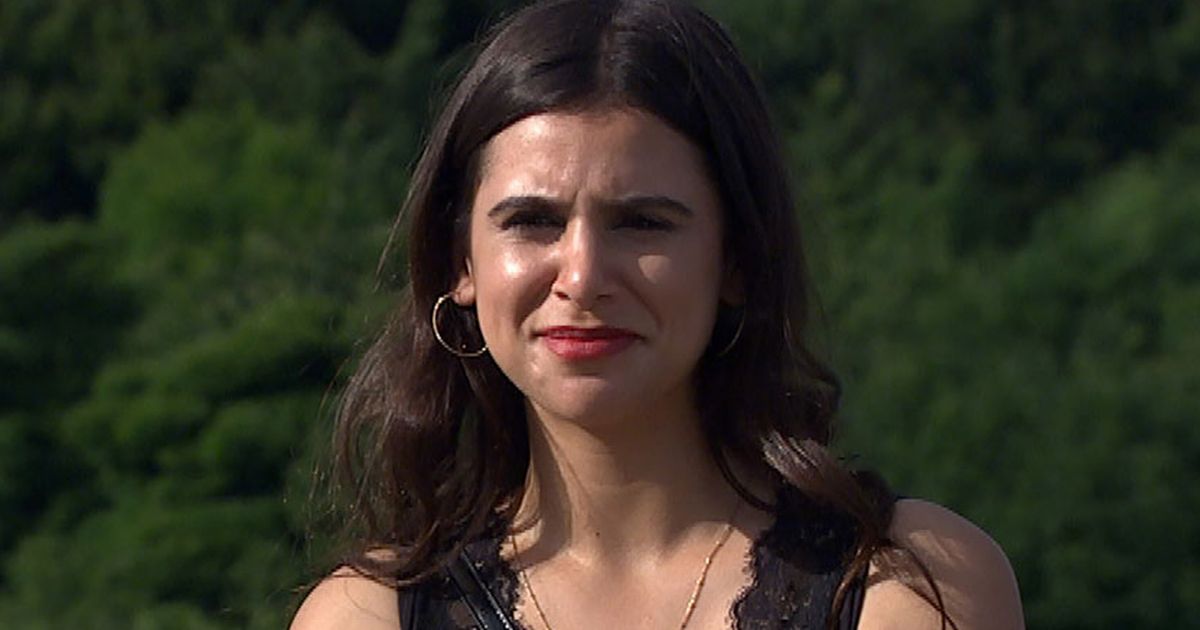 Emmerdale viewers are convinced Meena Jutla will strike again, following the shooting of her boyfriend David Metcalfe on the ITV soap

Emmerdale: David bleeds out after being shot by Russ

Emmerdale viewers think Meena Jutla will strike again, in the fallout to a deadly shooting on the ITV soap.

David Metcalfe’s life hangs in the balance after he was shot during a siege by evil newcomer Russ, the ex-husband of Wendy Posner.

He was shot after taking a bullet for Victoria Sugden, who had tried to disarm the gunman after he took all three of them hostage.

David was bleeding out but Russ refused to get help, while Victoria managed to knock him out allowing emergency services to rush him to the hospital.

While David was alive and undergoing surgery, it’s still not clear to his loved ones whether he will pull through – and Meena has yet to be told about her boyfriend’s condition.

Now, viewers are suspecting Meena will find out exactly what happened, and how David risked his life for Victoria.

Many also predicted Victoria will be blamed by Meena for the incident, amid her already targeting her over her closeness to David.

Meena knows Victoria has feelings for him and warned her off, but she has no idea the pair have kissed twice.

The shooting left Victoria declaring her feelings all over again, and now some viewers are questioning if David will ditch Meena for her.

Either way, they are guessing that the events of the shooting will enrage Meena and leave her claiming another murder victim.

After confessing to the murder of her friend Nadine some time ago, she went on to murder 18-year-old Leanna Cavanagh who had uncovered her dark past.

Victoria does seem aware that there is something odd about Meena and her possessiveness of boyfriend David, but no one has yet to uncover what she has done.

Taking to Twitter, many guessed there was more ahead for the trio that could result in Victoria’s death – amid a new stunt currently being filmed for the soap.

One viewer wrote: “Are they trying to push David and Victoria together or get Victoria killed? The minute Meena comes back and finds out Russ was after Victoria, she is going to kill her.”

Another said: “Just wait til Meena finds out he took a bullet for another woman, especially knowing it was actually Vic.”

A third commented: “Meena is going to go psycho on Victoria if David dies!!!”

Meanwhile, another wrote: “David will survive. Confess his undying love to Victoria. Break it off with Meena. Then October super week will be Meena trying to get her revenge on them both.”