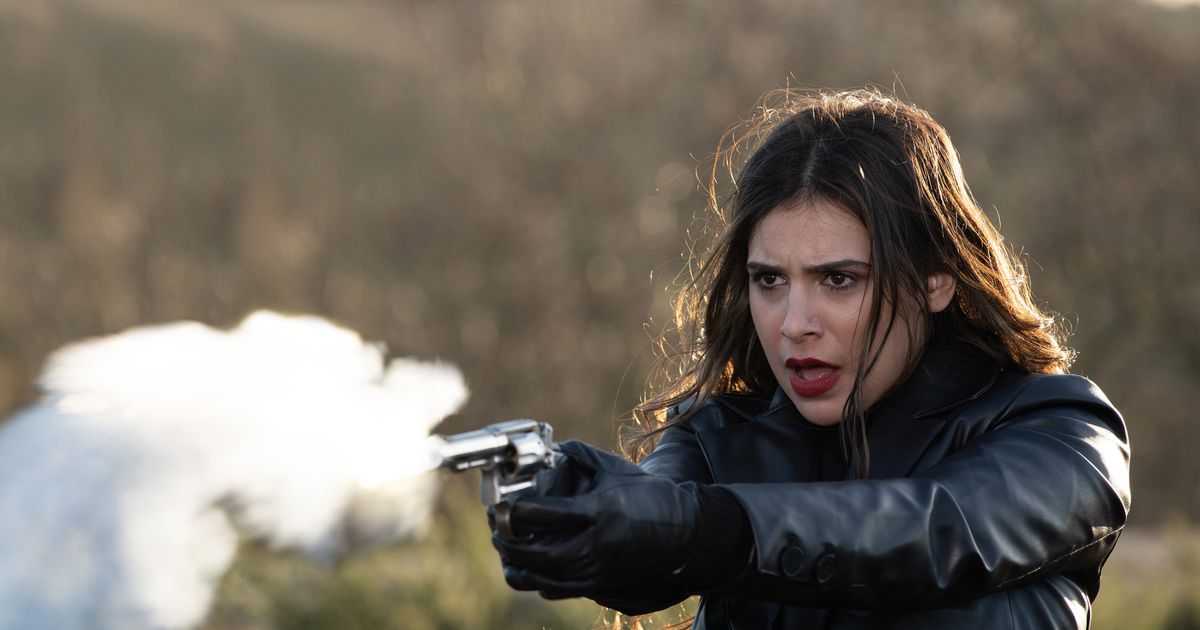 Emmerdale’s showdown with Meena Jutla, Dawn Taylor and Billy Fletcher marked the first time Meena has been armed with a gun on the ITV soap, as she held the newlyweds at gunpoint

Emmerdale: Meena shoots Leyla as she tries to drive away

Emmerdale actress Paige Sandhu, who plays evil serial killer Meena Jutla, has described how gun safety precautions on set changed in the wake of the tragedy on the set of Rust last year.

Alec Baldwin “recklessly shot and killed” cinematographer Halyna Hutchins during a scene rehearsal last year, a lawsuit from her family has now alleged after a gun held by Baldwin discharged a live round that killed the 42-year-old mother of one.

The scenes marked the first time Meena has been armed and in the wake of the death of Halyna Hutchins, ITV bosses overhauled safety procedures on the set of the soap.

Paige Sandhu, 25, said the gun handlers’ safety precautions have ramped up since the tragedy, increasing “even more from what they were before due to [the Rust shooting]”.

Paige told the Daily Star : “I wouldn’t rehearse with a gun. As soon as they called ‘cut’ the handler would grab the gun again.

“He would show us there were no bullets in there, or if there were, that they were empty, so you couldn’t possibly hurt anyone.”

Paige continued: “It’s a step-up. We’ve never seen Meena with a weapon like this.

“If she has had a weapon it’s been something that’s been close by, like the signpost that she picks up to hurt Andrea in the maze.

“This brought more intensity and excitement and gravity to the scenes.”

The actress has played the evil nurse in the ITV soap since September 2020 and has so far claimed the lives of three villagers.

Paige said she joined the cast prepared for the murderous part she would come to play on the Dales and described it as a “dream role”, but admitted to suffering nightmares about her character.

She said: “I love my sleep but I’ve had dreams where I am Meena and it was all real.

“That freaked me out – put some distance between me and this character!”

The scenes marked the first time Meena has been armed
(

She added: “I don’t think I look particularly evil. To have a young girl who looks like they wouldn’t be able to hurt a fly go off and do these crazy things – and enjoy it – it’s interesting.

“In all of my research of psychopaths, one thing that’s come up a lot is they have incredibly inappropriate reactions to everyday life.

“Their reactions aren’t ‘normal’ because they can’t think and feel the way we do. That’s really interesting to act, and also to watch.

“It’s been really fulfilling for me as an actor to play this complex, multi-faceted character.”