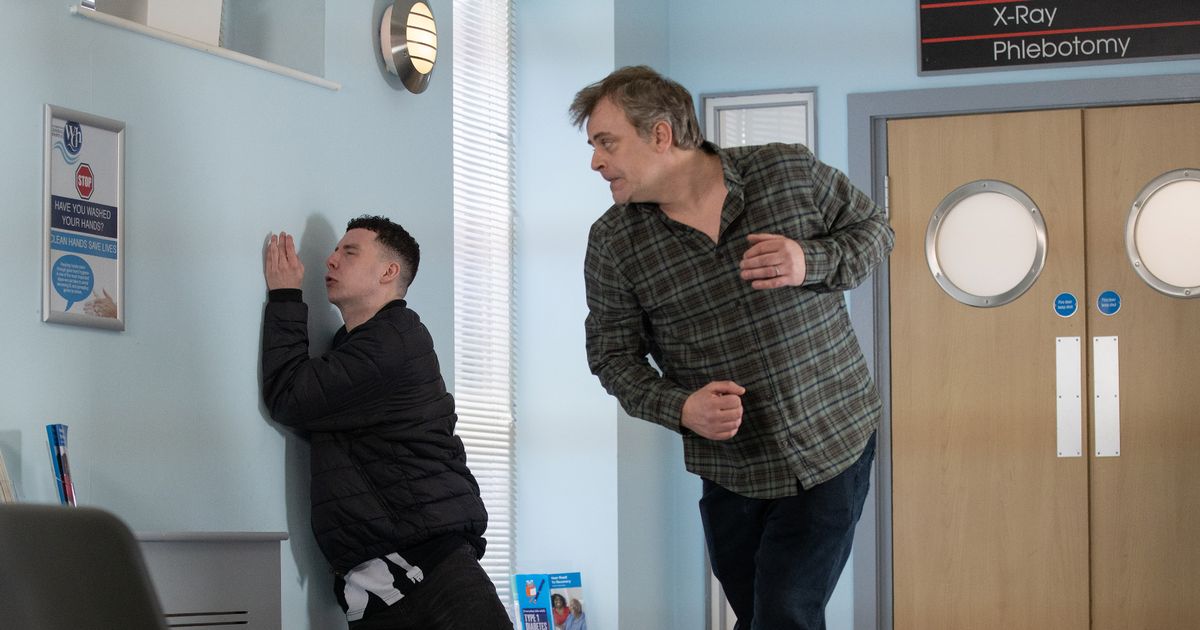 Coronation Street viewers have seen Steve McDonald grow concerned about his daughter Amy Barlow recently, particularly after she had her drink spiked in a club

The long-running character, played by Simon Gregson, 47, is concerned about his daughter, played by Elle Mulvaney, 19, particularly after her drink was spiked in a club recently.

The prime suspect has been Jacob, played by Jack Ryan, 25 – who was introduced to viewers of the popular ITV soap last year as a part of a drug dealing gang in Weatherfield.

Steve has been worried about his teenage daughter, who has become romantically involved with Jacob, leading to the concerned father warning him to stay away from Amy.

The tension later ends with the taxi driver punching Jacob, in a scene which will be shown in one of the Coronation Street episodes set to be broadcast this evening.

Jack – whose sister Rebecca Ryan, 30, is also among the cast of the soap – has said his character is paying for his earlier wrongdoing and wants to prove himself to Steve.

Speaking about the storyline, the actor has commented: “Jacob is gutted because he really does like Amy, so when Steve tells him he can’t see her any more it crushes him.”

Steve loses his temper with Jacob
(

Discussing the punch, he said it comes as a surprise from the normally laid-back Steve – who has been a long-running character on the soap since being introduced in 1989.

He said: “Jacob is shocked – he didn’t expect Steve to do that. Jacob is so disappointed because now he knows it’s going to be near impossible to win them over.”

The two actors are said to have worked hard to get the fight scene right, with Jack commenting about it recently: “I think we came up with something that looks cool.”

Amy had her drink spiked as part of a recent storyline
(

He further revealed that it can be “difficult to get the angles right” when filming such scenes, with him stating that you “can’t just punch an actor.”

And viewers will have to keep watching the show to find out where the storyline will go, Jack has teased that it won’t be easy to win over Steve. He said: “It’s going to be a long road.”

Coronation Street continues on ITV tonight from 7.30pm. You can catch-up through the ITV Hub.