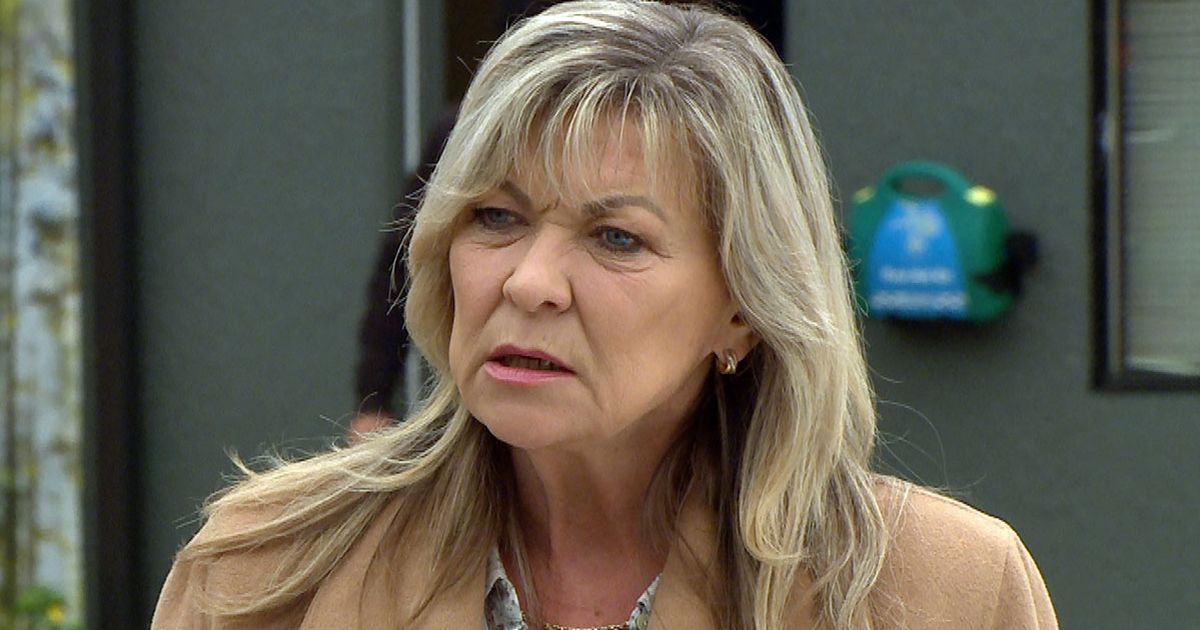 Emmerdale spoilers reveal that Paddy Kirk and his wife Chas Dingle go to huge measures next week, to get evil Kim Tate out of their lives

But it isn’t villain Kim who ends up being held at ransom, as Paddy and Chas take revenge to get her off of their backs for once and for all.

Viewers of the ITV soap will know Paddy has got himself into bother with Kim, after the vet helped to dope her horse before a race earlier this year.

Since then, Kim has made him repeat this criminal act, before she began to use it against him.

With Chas finding out, and also rival Al Chapman figuring it out too, it’s left the couple in another spot of bother amid their troubles with the pub.

Emmerdale spoilers reveal that Paddy Kirk and his wife Chas Dingle go to huge measures next week, to get evil Kim Tate out of their lives
(

New business partner Al is using it to his advantage with getting what he wants from Paddy and Chas, but that’s a whole other story.

Next week, new spoilers confirm paddy and Chas have had enough and they turn to abduction to get their own way.

It’s Kim’s horse though that feels the wrath, as they are taken away and hidden by the pair.

The control Kim has over them leads to them deciding they have to do something now or never, taking the horse before letting Kim know what they have done.

They soon issue some ransom demands to the villain, but will she go through with it?

Knowing Kim, she always has something up her sleeve and is not the person you want to get on the wrong side of, ever!

It’s Kim’s horse though that feels the wrath, as he’s taken away and hidden by the pair
(

Killer Meena Jutla could learn that the hard way after her attempt to frame the soap legend for the death of Andrea Tate.

Meena murdered Andrea last month, after she saw her trying to drown Victoria Sugden in a river during the survival event.

Her attempts to frame Kim because of their brutal row fell flat, so perhaps Meena should watch her back.