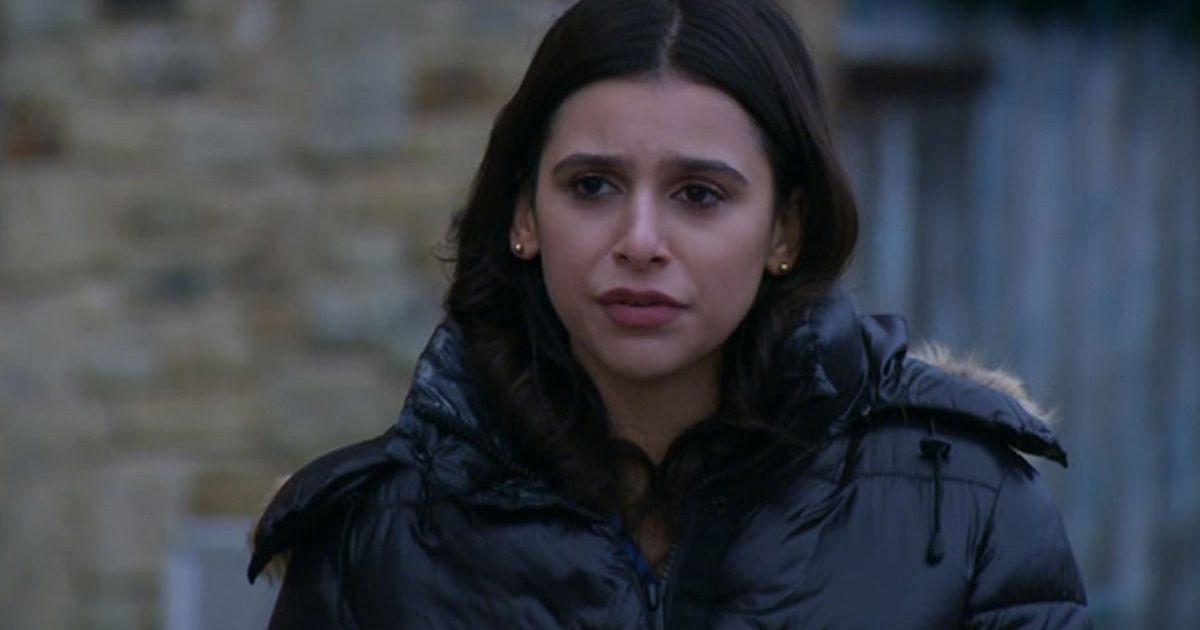 Emmerdale fans are convinced Meena Jutla will return to the village pregnant.

The serial killer is currently in hiding in Scotland after fleeing Emmerdale, when she was caught keeping Vinny Dingle and Manpreet Sharma hostage. Whilst Dr Liam Cavanagh realised her crimes, the police were unable to locate her.

New spoilers for the ITV soap revealed Meena is planning to make a return after seeing Dawn and Billy’s save the date posts online ahead of their February wedding and now fans are convinced she will have some big news on her return.

Meena lied to her ex Billy and told her she was pregnant with his baby.

Fans predict Meena could be pregnant

She later continued the lie and said she had lost the baby in the Woolpack pub explosion, something Liam was able to prove wasn’t the case as he looked into her medical records.

Fans of the ITV soap are now convinced Meena will return pregnant.

“Anyone else think Meena will come back pregnant? #emmerdale,” one fan wrote.

A second added: “Prediction: Meena will return actually pregnant this time,” as a third took to social media to give their prediction, writing: “Meena comes back pregnant #Emmerdale.”

Meena lied to Billy to say she was pregnant

Speaking to The Mirror and other press, executive producer Jane Hudson teased: “There will be a new baby arriving in Emmerdale before the end of the year.

“I think that’s not giving anything away as there are so many female characters in the show, but there will be a new arrival before the year is out. There’s probably going to be a birth in the anniversary month perhaps!

She added: “Babies in soaps are either born on programme celebrations or Christmas so there’s going to be one of those happening.”

The baby’s arrival will take place in October when the soap celebrates its 50th anniversary.

“We’ve been thinking about the 50th all the time,” the show’s producers teased of what else fans could expect, “I think we probably held back some of our big ideas while Covid was so prominent in our lives because we didn’t know what we could achieve.

“But Super Soap Week has really shown us what we can do. And as brilliant as stunts are – we’ve got to have the stories to back up those stunts. We can blow up anything but if there’s no story behind it – what’s the point? Our focus at the moment is to really build those stories so when we get to our Golden Month of Celebration, we’ve got secrets that the viewers are desperate to be revealed.”