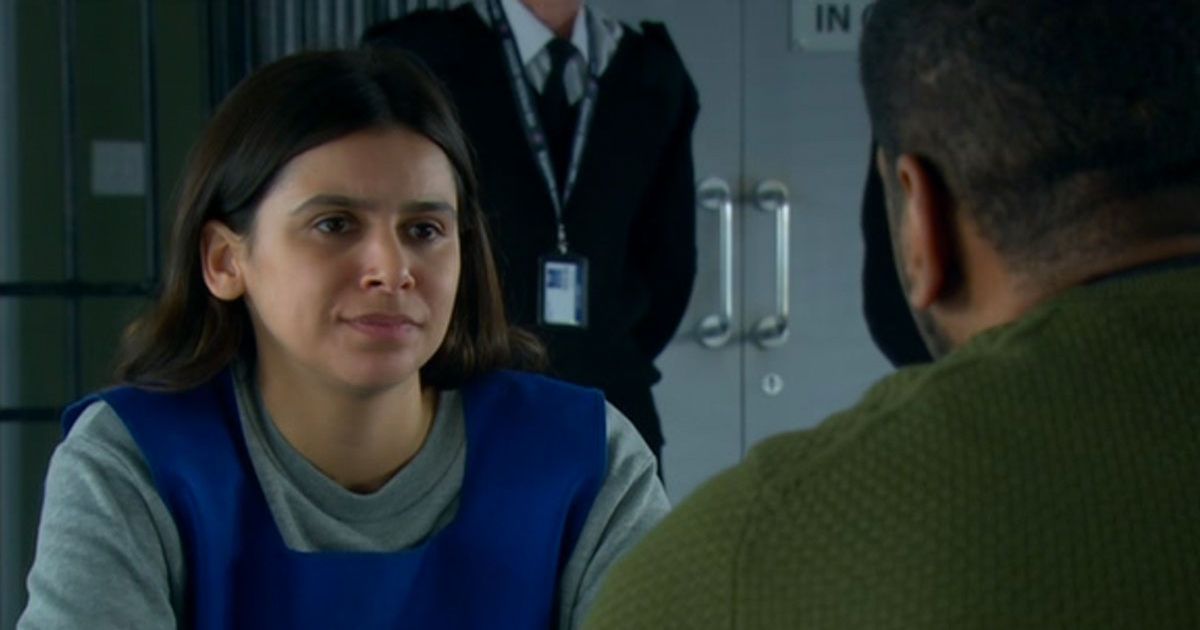 Emmerdale’s murderous Meena Jutla once again vicar Charles Anderson in frank detail how she carried out her murders, prompting the vicar to label her a ‘cold-blooded killer’

Emmerdale fans have spotted how Charles Anderson could be planning to take down serial killer Meena Jutla during his repeated visits to her in prison.

The vicar paid incarcerated Meena yet another visit during Thursday’s instalment of the soap, leaving many fans wondering what his motivations could be for seeking her out, despite also holding a support group for those affected by her crimes.

The vicar has secretly been visiting the killer in scenes reminiscent of Silence of the Lambs, believing he might convince Meena to confess to the murders of Leanna Cavanagh, Andrea Tate and Ben Tucker.

He hinted he was only seeing her for this reason to Harriet Finch, who warned him to be careful, amid fears he will be manipulated.

But fans already guessed Meena has been up to something, doubtful of her claims that she is seeking God’s forgiveness.

On Thursday’s half-hour episode, Charles listened once again as serial killer Meena confessed to her sickening crimes, but several soap fans took to Twitter to theorise the vicar could be wearing a wire and have hatched a plan to take her down.

One soap fan wrote: “Charles better be wearing a wire this time around”

Another said: “So the only reason Charles keeps going back he must be wearing a wire , he can’t be this dumb and gullible.”

A third tweeted: “Charles better be wearing a wire” alongside laughing crying emojis, as another posted: “Charles should work with the police get a wire put on to record his conversations with Meena & they can use it in court & get her locked up for good!!”

Another suggested: “Why do i feel like this is a trap from the evil charles. i fear he has a wire under that dog collar, don’t fall for it MeMe!”

A fellow fan tweeted: “Charles should tell the police that he’s trying to drag the truth out of Meena…they could wire his dog collar. No idea why he’s bothering…and why are there so many prison officers in the room”

Another tweeted: “OMG if only Charles was actually wearing a hidden wire & DS Rogers were somewhere secretly listening in. Otherwise it’s just gonna be Meena’s word against someone else’s yet again unfortunately Although all Prison phone calls are recorded, so if he reports it then…”

Earlier this week, viewers were quick to notice that Meena was making the confession within clear earshot of several prison officers and many w ere left in hysterics over the apparent policing oversight.

One wrote: “Those two guards just standing there Iike ball boys at Wimbledon. This is a comedy, right?” alongside a crying laughing emoji.

Another tweeted: “Whatever Meena tells Charles is between them, God, oh & the prison officers who are standing close enough to hear every word she says” alongside a crying laughing emoji.

Who has Gray Atkins killed on EastEnders, and why? Victims revealed ahead of exit