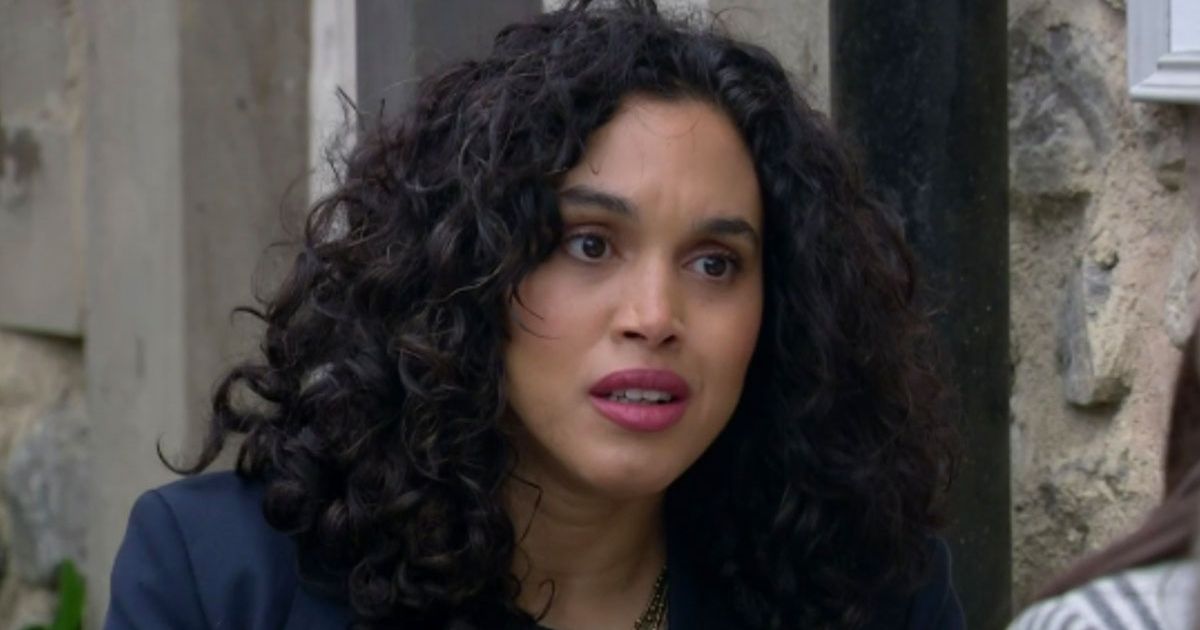 Emmerdale fans are convinced they’ve worked out a grisly murder twist on the ITV soap, as Suzy confessed she had helped Holly Barton buy the drugs that killed her

Emmerdale: Suzy admits she helped Holly get drugs that killed her

Emmerdale fans have sussed an upcoming plot on the ITV soap – that will see Suzy murdered for her part in Holly Barton’s death.

Fans of the show are convinced they’ve worked out how the storyline between Suzy and the rest of the villagers will play out, after it was revealed during Friday’s episode that she had given Holly the money to buy the drugs that eventually killed her.

Holly died after a heroin overdose, which we now know she purchased with Suzy’s money.

The pair had fallen out after Suzy asked Holly to get them some cocaine, only for Holly to buy heroin instead. As she checked out the memorial page, she realised Holly died the night they rowed – and thus the night she took the heroin.

Fans think Suzy is at risk
(

Now viewers tuning into the programme are convinced Moira Dingle will take the ultimate revenge on Suzy after finding out it was her money that Holly used to buy the heroin, and what ultimately caused her death.

“When Moira finds this out she’s gonna bloody murder her innit. #emmerdale,” one fan wrote.

A second added: “Hope Moira finds out and kills her with a pitch fork in the barn #Emmerdale,” as a third shared a meme of someone firing a gun and wrote alongside it: “Moira when she finds out Suzy killed Holly.”

“Moira is not going to like this when she finds out,” a fourth shared, whilst a fifth added, insisting Suzy would be getting a headbutt at least from Moira: ” Moira gonna give suzy a glasgow kiss when she finds out about suzy #emmerdale.”

During the scenes on the ITV soap, Suzy admitted her part in Holly’s death to Leyla.

“I took her on for some weddings, my photographer was useless. Holly had a real flair for it, we became mates. I gave her some money to buy drugs. I was meant to be meeting my dealer to stock up for party night. It was the night before my 30th, but I was stuck at this wedding venue so I sent Holly,” she explained.

“How did I know she was gonna use her half to buy a load of smack? By the time I found out she’d already scored, I gave her both barrels. She said some really nasty stuff, I’d never seen her like that before. I told her to take her low life junkie body back to the gutter where it belonged, that was it. I didn’t text, I didn’t call, I deleted her number.”