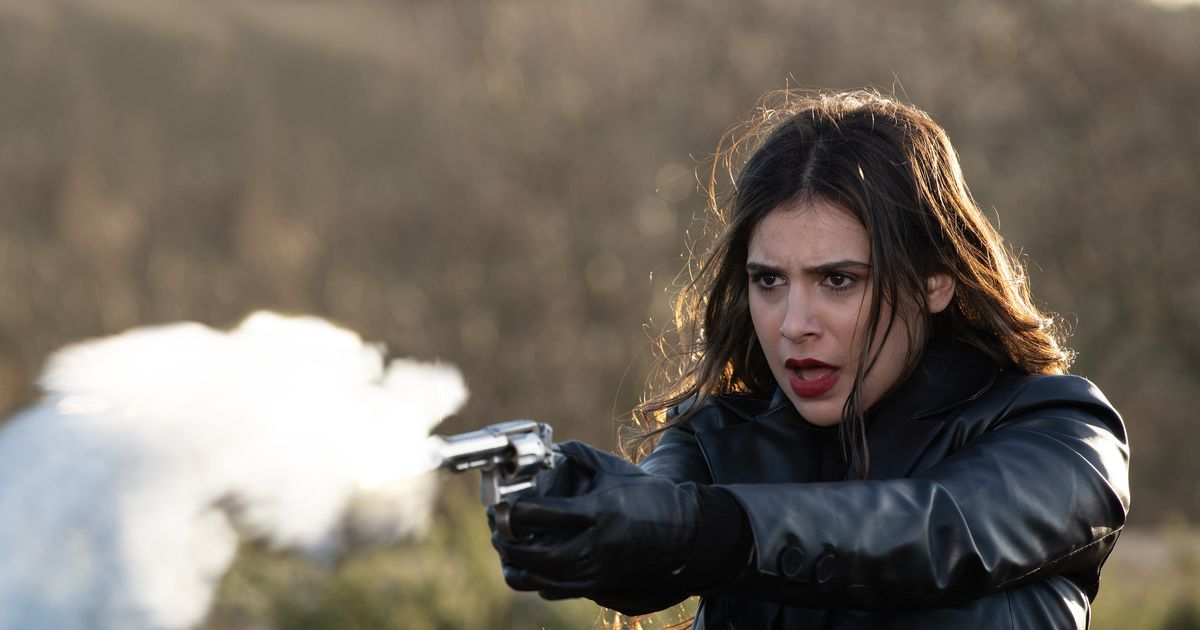 Emmerdale fans are convinced they’ve worked out who dies as serial killer Meena Jutla exacts her revenge on the village.

Viewers tuning into the ITV soap saw Meena kidnap Dawn Taylor during terrifying scenes after her and Billy Fletcher finally tied the knot during a special Valentine’s Day wedding. The pair said their I dos in front of a few friends and family today.

And now fans of the show are sure they’ve worked out whose life will come to an end this week, as Meena threatens Billy and Dawn with a gun showdown as she asks Billy to play a “game” and pick either her or Dawn.

Billy and Dawn are targeted by Meena
(

Viewers are convinced Dawn’s father Will Taylor will be the one to die, trying to save Dawn or Billy.

“They are making it look like the person who is going to be killed is dawn or billy. Will it be someone at the very last minute who tries to save them. Will? Maybe #Emmerdale,” one wrote.

A second added: “I reckon it’ll be Will that gets shot,” as a third shared: “If the actor who plays will has been begging producers to let him leave the soap does that mean it’s him who dies this week #Emmerdale.”

Dawn found out Meena was in the limo
(

“Will spots Meena and pushes dawn out the way taking the bullet maybe #emmerdale,” a fourth wrote, as a fifth added: “Will is going to die isn’t he? Whatever happens, Meena better not kill Billy! #Emmerdale.”

In tonight’s episode, Dawn was kidnapped by Meena as she put the second part of her plan in action.

“Aw wow I’ve never been in a limo before, I didn’t have a prom or anything like that,” Dawn said as she got into the car, “Are these strawberries for us? Obviously they are! Are we picking up Billy? Billy – my husband.”

Not getting answers from the driver, Dawn moved to the front of the limo to look through the panel where Meena was.

“Well hello to you too,” Meena said to Dawn, “Love the frock. Shroud white, very apt. Till death do you part. Not taking questions, you just get comfy, buckle up and prepare to play the game of your life.”

As the limo drove away, Dawn banged on the windows and screamed for help as Meena kidnapped her for the next part of her plan.