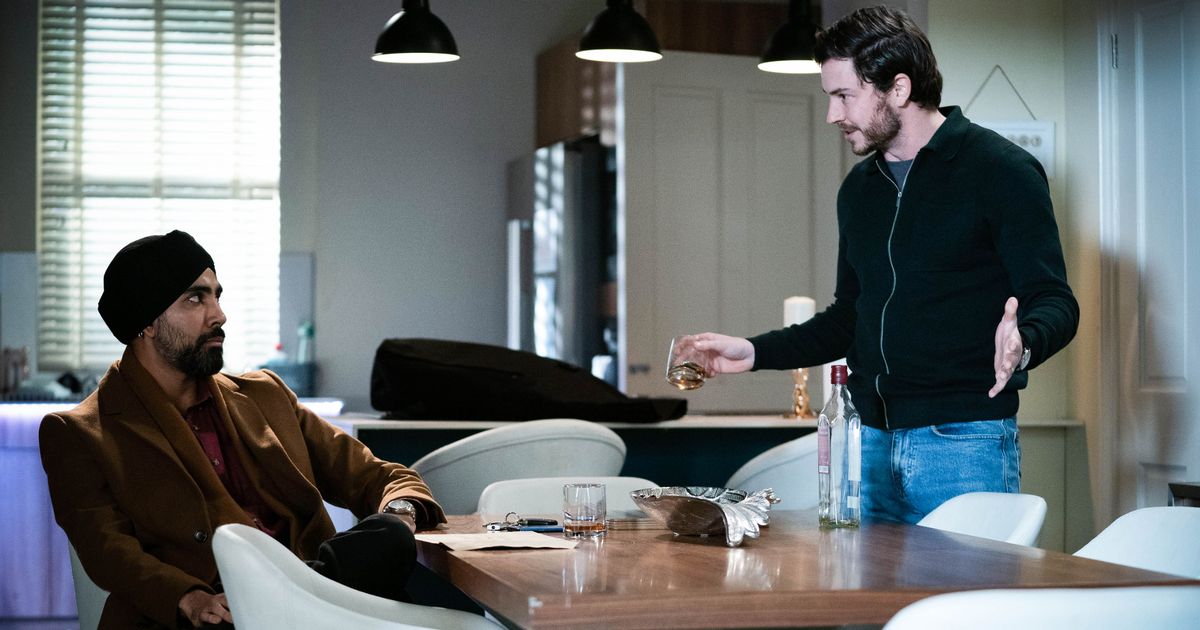 EastEnders spoilers have confirmed one character could die on the BBC soap next week, as serial killer Gray Atkins and Kheerat Panesar come to blows

EastEnders airs dramatic scenes next week, as Kheerat Panesar could become killer Gray Atkins’ next victim on the BBC soap.

The killer takes action after finding out Kheerat is behind a campaign against him, with recent messages sent to him by his dead wife Chantelle – who Gray murdered in 2020.

Of course viewers know that Kheerat and Whtiney Dean both discovered the truth about Gray’s abuse towards Chantelle in December last year, when she uncovered messages on a domestic abuse forum.

They have yet to spill the beans to those in the Square, and they also do not know that Gray has killed Tina Carter and Whitney’s former boyfriend Kush Kazemi.

But Kheerat could be about to join the list, unless he manages to take the killer down for once and for all.

It all kicks off next week after Gray figures out what Kheerat is up to, and asks him to meet him.

Kheerat has been growing close to Gray in the hope of getting his guard down, desperate for a confession to get him sent down.

Whitney fears he is getting in too deep, amid her own plan to bring down Gray, but she has no idea just how much Gray has figured out about their revenge plan against him

On Monday next week, Gray makes a desperate call to Kheerat claiming to need him, just as Whitney warns him to stay away from him.

He soon ignores her advice and rushes to meet Gray, believing he might be in trouble and might confess to his crimes.

It isn’t long though until Gray’s true intentions surface, and Kheerat realises he’s in a dangerous situation.

The two men struggle to keep their anger in check as they become embroiled in a deadly showdown, leaving one life hanging in the balance.

Both men begin flinging accusations at each other, so perhaps Kheerat will finally get his confession – but will it cost him his life?

It’s not long before things take a violent turn, and one of the characters will be left fighting for their lives.

The following day, in scenes to air on Tuesday, there is concern from other residents about the whereabout of one character in particular.

Whitney realises something is wrong as Kheerat is nowhere to be seen, and he hasn’t called her back.

As she waits anxiously for him to make contact in the café, Stacey Slater realises it’s her new flame that Whitney is waiting for and hides her hurt – suspecting there is something going on between them.

But what has happened to Kheerat, and has Gray claimed his next victim?

Viewers will have to tune in all next week to find out what happens, and what it means for Gray and Kheerat.