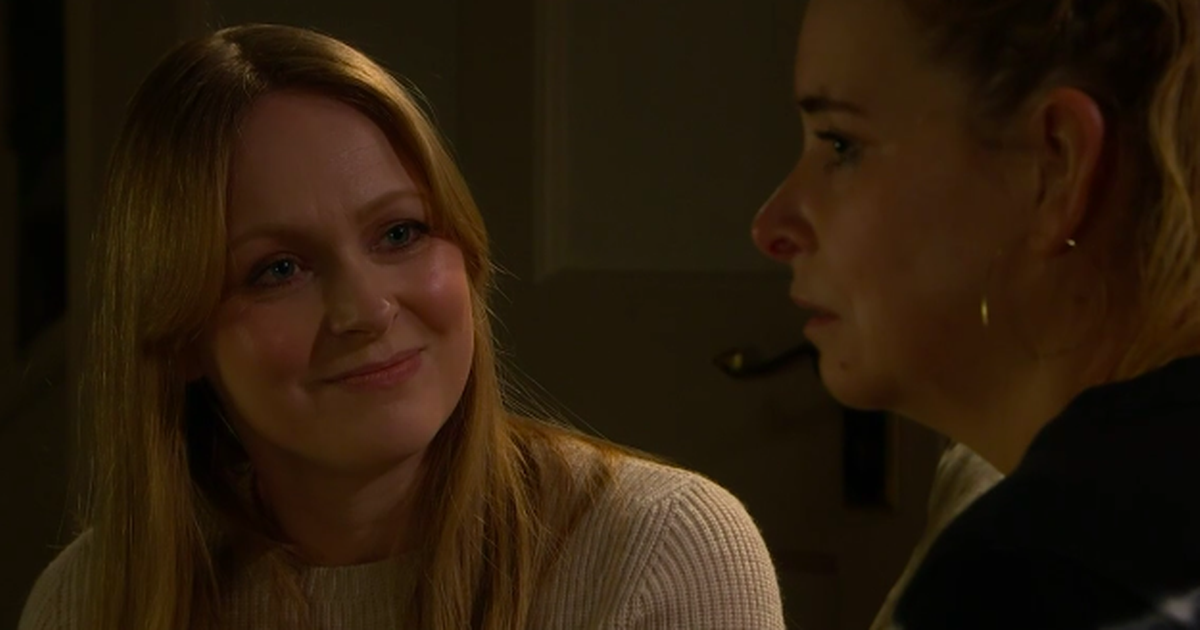 Emmerdale fans were delighted on Thursday evening as they were treated to a couple of scenes involving Charity Dingle and Vanessa Woodfield.

It’s no secret that the duo are a fan favourite couple, but they’ve not been in a romantic relationship for quite some time now.

Ever since Vanessa (Michelle Hardwick) returned to the village in December last year, viewers have been desperate for her and Charity (Emma Atkins) to reunite.

However, given their history and the fact that Charity has been in an on-off relationship with Mackenzie Boyd (Lawrence Robb), it’s not exactly been straightforward.

The two women have spent some time together, and in the latest instalment of the ITV soap, Vanessa decided to pay Charity a visit at the newly reopened Woolpack.

Charity tried to turn her away at first as she’d had a disastrous day relaunching the pub – and even ended up in a food fight with her sister Chas Dingle.

As she tried to make Vanessa go home, Charity told her: “I don’t want you to see me like this.”

However, she managed to convince her to let her stay and they even ended up enjoying a drink together.

As the ladies chatted away, Charity said: “We’ve all gotta have our thing haven’t we? Mine happens to be wrecking relationships.”

“Ours wasn’t all bad, we had some good times,” Vanessa replied.

“Do you know what? It was the best,” Charity responded, before adding: “Today was supposed to be the start of something. Not just for the pub, but for me. I felt so lost.”

“Today didn’t go as planned, but tomorrow will be better,” Vanessa told her as Charity thanked her for being there.

“There is so much I want to say,” Vanessa admitted, as Charity urged her to “just say it” before telling her: “You have no idea how much I’ve wanted this.”

As they both leaned in for a kiss, Vanessa suddenly changed her mind and pulled away before running out as Charity called after her.

Taking to Twitter, Emmerdale fans were still hopeful for a proper reunion.

Another said: “They’re reminiscing. I can’t handle this #Emmerdale.”