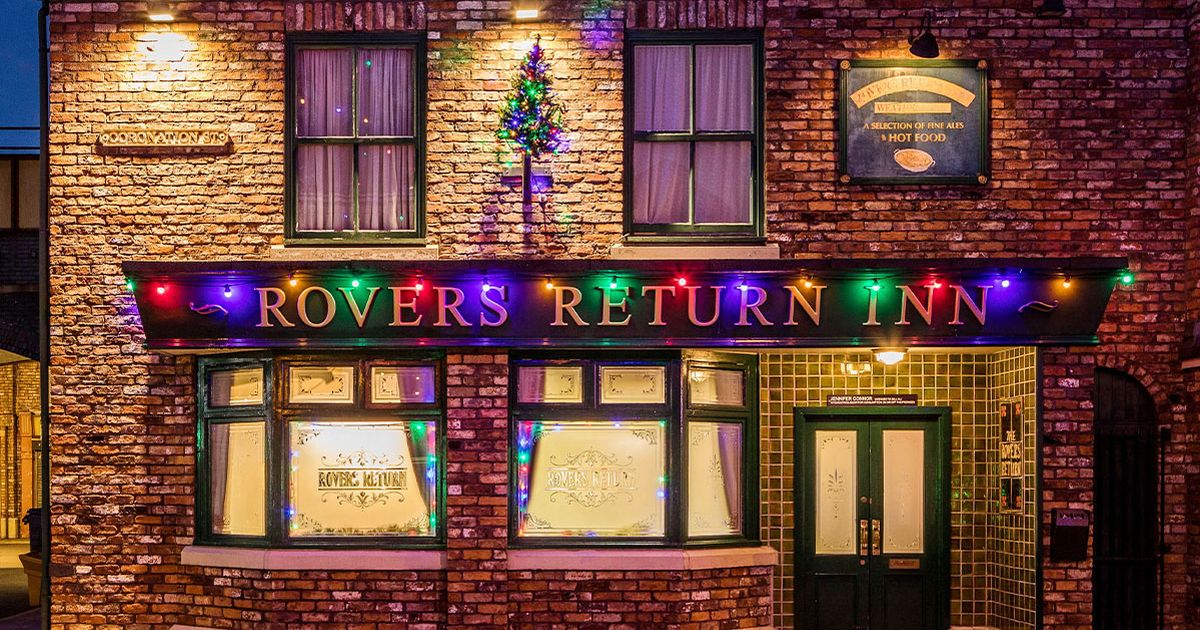 Corrie spoilers have teased what is in store for the Weatherfield residents on Christmas Day, and there is plenty of drama and fun this year

Coronation Street is lining up a joyous Christmas Day episode of the ITV soap this year, while there is some of the usual drama too.

Corrie boss Iain MacLeod recently told The Mirror: “It’s quite jolly actually. Obviously there is a tradition on some soaps to go really big and dark and go a bit gothic at Christmas. Occasionally we have tipped our toe into that water. It’s fair to say this year is more akin to a traditional Coronation Street Christmas.

“There is a really strong community vibe this year, where we were actually able to film it at a time where there was a window of opportunity, to do some stuff where the actors didn’t have to be two metres apart all the time.

“So it’s got more of that Corrie community on the cobbles kind of feeling that some of our past Christmas episodes had.”

He went on: “It’s very jolly, very community focused, very family focused. It has one of the silliest fights I have ever seen in anything ever, which involves the immortal line, ‘smell my marigold’ which I will leave for you to work out what that might refer to.

“It’s a fantastically good hour of television, I have to say I watched it when I wasn’t feeling very festive, and by the end of it I had a kind of mince pie shaped lump in my throat.

As Phill and Tyrone clash yet again, Tyrone also plants a kiss on his ex leaving her startled
(

“It’s really heartwarming, tears of joy rather than misery. It is just a glorious thing, I really hope the audience enjoy it as much as I did.”

So what exactly is happening in the Christmas Day episode of the ITV soap?

Well things get a bit awkward over at Fiz Brown’s house, when Evelyn and Tyrone settle down for dinner for two only for an arrival to cause a stir.

Feeling bad about taking the girls away for Christmas with her new partner Phill, and leaving ex Tyrone behind, Fiz brings everyone home.

As Phill and Tyrone clash yet again, Tyrone also plants a kiss on his ex leaving her startled.

There’s other drama too involving a rescued pigeon and Phill’s mother, but can the two men come together to save Christmas?

Elsewhere, Nina Lucas is struggling to cope as her anxiety over girlfriend Asha Alahan’s safety heightens.

Nina admits to a worried Carla Connor that she is struggling, but can she get the help she needs?

George decides to impress Eileen with a surprise Christmas gift, with the help of her son Todd.

There’s some merry spirit over at the Christmas market, as many of the street’s residents come together for a sing song at the pop-up bar.

It isn’t long before vicar Billy plays a tune on the piano, with characters including Leanne, Emma, Gemma and Jenny all joining in.

Meanwhile, the Barlow and Platts family Christmas doesn’t go down well with Gail refusing to lift a finger, and David in a mood.

Peter and Carla soon do a runner, leaving Sarah despairing over her and husband Adam’s ungrateful families.

But Adam soon makes the most of everyone leaving, telling his wife that their real Christmas is only just starting.

Coronation Street airs on Christmas Day at 8pm on ITV.