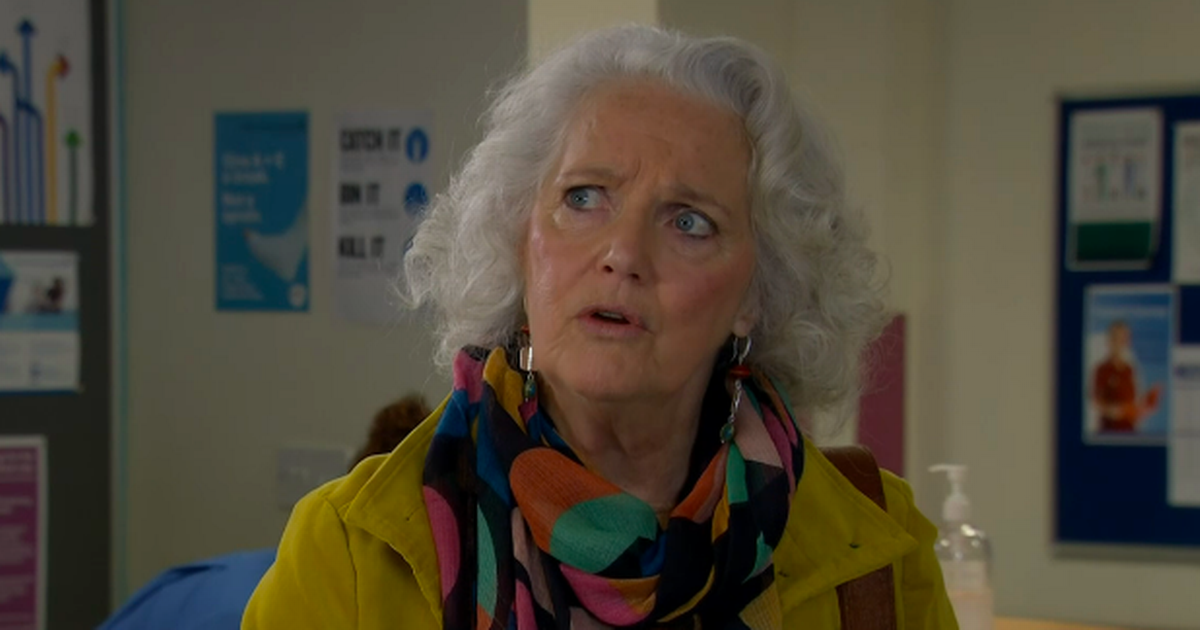 Emmerdale fans were left panicking for Marlon Dingle on Tuesday as he ended up in hospital with aspiration pneumonia, and viewers started questioning Rhona Goskirk’s mum Mary’s behaviour

Emmerdale: Mary apologises to Rhona as Marlon is in hospital

Emmerdale viewers are concerned that there could be an abuse storyline on the horizon after Marlon Dingle ended up back in hospital.

Monday’s episode of the ITV soap saw poor Marlon diagnosed with aspiration pneumonia after going on a short trip to the allotment with Bear.

Marlon was being looked after by Rhona Goskirk’s mum Mary when he was taken on the outing, where he began struggling with his breathing following a stroke he suffered last month.

Doctor Liam Cavanagh felt it was best to take Marlon straight to hospital, and Rhona was beside herself when she found out.

Mary accompanied her to the hospital and the pair waited anxiously to hear what the outcome was.

As Liam updated them on his condition, Mary was very apologetic for letting Marlon go to the allotment, but Rhona reassured her that she couldn’t have known what was going to happen.

However, viewers weren’t convinced by Mary’s apology and took to Twitter to speculate.

“I’ve got a feeling Mary is going to start abusing Marlon # emmerdale,” one viewer predicted.

Someone else tweeted: “Mary is going to kill Marlon. I can just see it now! #Emmerdale.”

Another said: “Mary’s creepy. Is she planning on offing poor Marlo, I wonder? #Emmerdale.”

A fourth viewer posted: “I was thinking is Rhona’s mum trying to kill Marlon #Emmerdale.”

A different viewer added: “Mary wants to finish poor Marlon off #Emmerdale,” while another said: #Emmerdale Mary trying to blame Bear, wasn’t it her that fed him.”