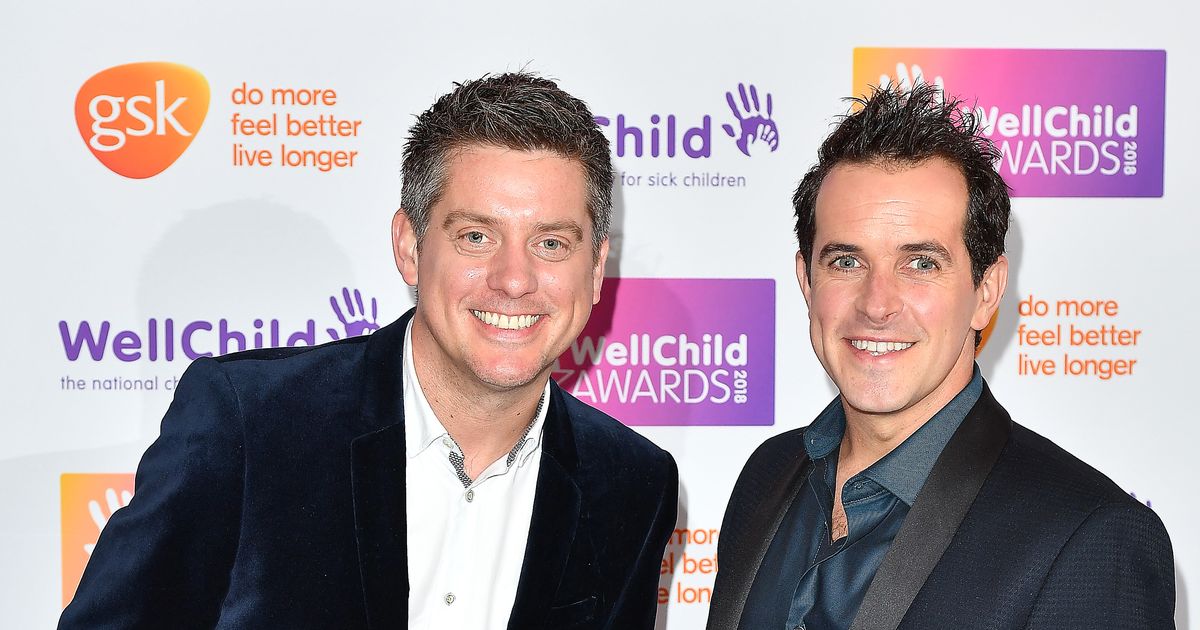 Come on, all together now… BOGEYS!

Dick and Dom are bringing back Da Bungalow to celebrate their 20th anniversary with a tour.

And it’ll include all their favourite messy games, like Creamy Muck Muck, where members of the audience get splattered with gunk.

But the cheeky duo – aka Richard McCourt and Dominic Wood – are not looking forward to the cleaning bills after creating chaos.

“It’s been an interesting conversation with some of the theatres, like the royal theatres with nice plush velvet seats,” laughs Dick.

“They aren’t that impressed by that. We don’t want any invoices for velvet seats from the 1800s.” Dom adds: “We might need to do it in something like the Crystal Maze dome.”

The pair, also famed their game Bogeys, where they shouted the word in public, were mobbed by stars including Big Zuu at this year’s NME Awards.

They started their Da Bungalow show in August 2002, and can proudly boast to being referred to having “lavatorial” humour in the House of Commons back in 2005.

The Dick And Dom In Da Bungalow 20th Anniversary Tour will be in theatres this autumn. Book tickets at myticket.co.uk/artists/dick-and-dom.

She went on to marry Dennis
(

Celebrity chef Lorraine Pascale made baking easy, but has a holiday nightmare that takes some beating.

“I was with a boyfriend and I found dubious messages on his phone,” the 49-year-old star recalls.

“It was Christmas Day in Thailand. I looked at the phone, saw the messages, packed my bags and went back to London.

“Touched down on Boxing Day in floods of tears. That was the end of my romantic Thai holiday.”

But Lorraine – who wed a much nicer man, Dennis O’Brien, last year – tells Alan Carr’s Life’s A Beach podcast: “It was a lucky escape.”

Rihanna was honoured with a statue at the Met

Typical of Rihanna to cause a sensation at the Met Gala – without even being there.

A marble statue of the heavily pregnant singer was cast and set among the museum’s artefacts, in lieu of the star’s usual appearance at the annual event.

“Shut down the Met in marble,” she laughed, adding of this year’s Gilded Glamour theme: “What’s more gilded than that?”

She thanked Anna Wintour’s Vogue magazine for the “historic tribute”, after the magazine noted: “The statue of Eirene (The Personification of Peace) is usually the highest-profile marble goddess at the Met Museum’s Greco-Roman galleries. But now we’ve got Rihanna.”

And the most fashionable baby bump in history.