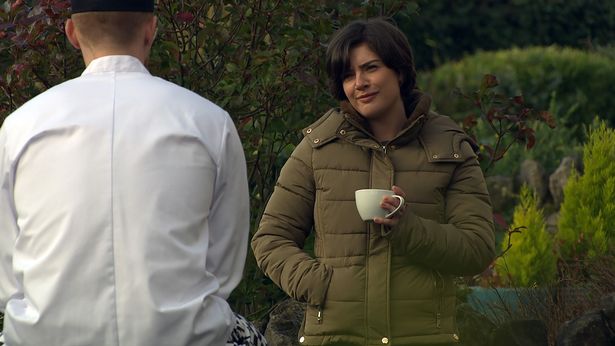 Emmerdale fans have expressed their love for a couple finding their feet in a relationship and have pleaded with the soap’s bosses to let romance blossom.

The ITV soap’s official Instagram account posted a photo of Luke Posner (Max Parker) and Victoria Barton (Isabel Hodgins) with a caption that hinted that they were ready to move on together in their relationship.

The photo of the two characters was captioned with: “‘…we’re sorted.’ ‘Yeah we are, aren’t we? Who else loves Victoria and Luke? ❤️❤️ #Emmerdale ”

Fans flocked to leave their views on Luke and Victoria and there was a recurring theme in which it was asked that they won’t be ripped apart.

Ethan Anderson actor Emile John told press that his character’s arrival in the village will seek the truth from Luke out of concern for his girlfriend Victoria.

Luke will deny being gay as Ethan questions him over the past, and starts going overboard in his affections toward Victoria in order to prove it.

Emile teased: “Ethan is a righteous man. If he senses that someone is being lied to, or is being treated in a way that he himself wouldn’t want to be treated, he’ll confront who he needs to in order to make that right.

“Let’s just say that Luke isn’t an exception to that rule.”

He added: “There is definitely a familiarity between Ethan and Luke.

“The way that it unravels, and the way that their relationship evolves, is sure to shock the viewers.

“I feel like it definitely isn’t how you’d expect their relationship to start, but all I can say is that people probably won’t want to miss it.

“Ethan thrives in exposing the truth and revealing people’s shortcomings, in the hope that they might be able to learn about themselves and grow. It’s a harsh method, and with a method like this, there’s sure to be consequences.

“In the case of Luke and Victoria, it could shatter the trust between them. It could do a lot of damage, but as for what happens next, I guess we’ll have to see.”