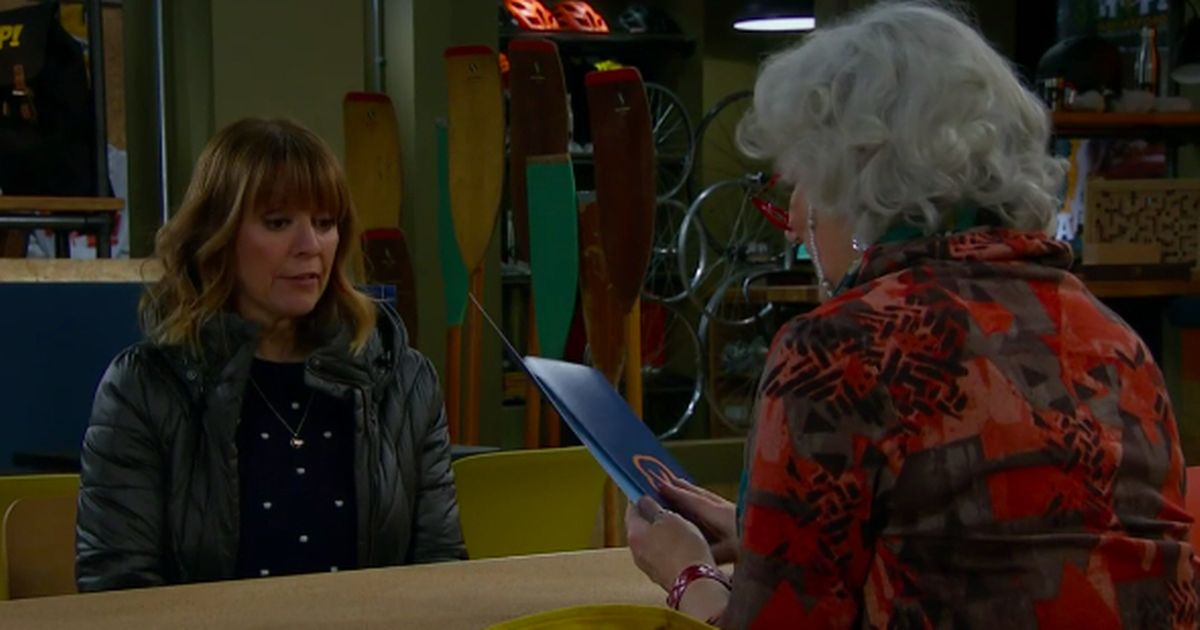 English actress Louise Jameson has arrived in Emmerdale as Rhona Goskirk’s mother Mary, but she also played a mum in BBC One soap EastEnders back in the late nineties

Emmerdale fans were left stunned during Tuesday night’s episode, as a very familiar face popped up.

English actress Louise Jameson arrived in the Dales as Rhona Goskirk’s mother Mary – and viewers recognised her straight away.

Louise starred in EastEnders from 1998 until 2000 as Rosa di Marco and was embroiled in several dramatic storylines.

Unfortunately her character won’t be able to return to Walford as Rosa died off-screen in 2002, to coincide with her son Beppe’s departure from Albert Square – so Louise headed to ITV instead.

Her first scene saw her complaining to Rhona (Zoe Henry) about her mattress she slept on the night before.

“You’ve still not said how long you’re gonna be staying for?” Rhona asked Mary, but she completely avoided the question.

Mary then started blasting Rhona’s baking skills as a youngster and told her: “You were such a peculiar little child.”

Rhona later admitted that she wasn’t sure why her mother had even showed up in the village, but said: “I intend to find out.”

It was confirmed back in January that 70-year-old Louise would be joining Emmerdale.

Described as a “no nonsense” character, Mary has a strained relationship with her daughter as Rhona believes she can never live up to her mum’s high expectations.

Some Emmerdale viewers were shocked to see a former EastEnders actress and on their screens and took to Twitter to comment.

And a fourth viewer posted: “does this mean rhona is bepe dimarco’s sister?#emmerdale.”

Who’s leaving Emmerdale this year? All the exits planned in dramatic 2022 for ITV soap