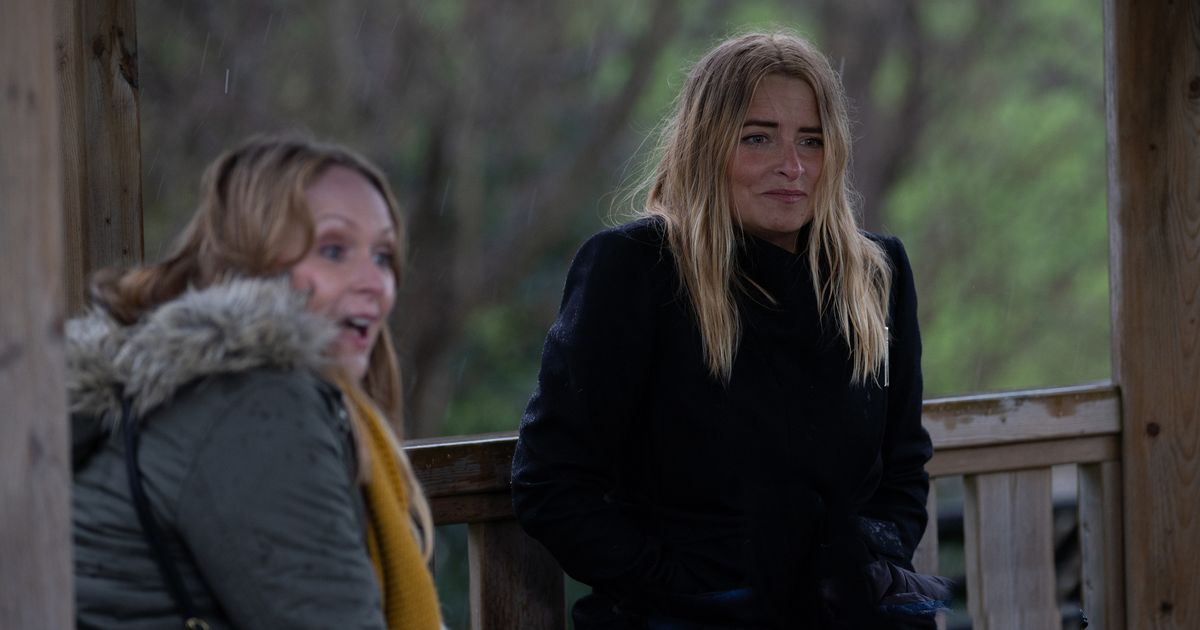 Emmedale vet Vanessa Woodfield recently returned to the village after 18 months away, but for now she’s just friends with her ex Charity Dingle

Emmerdale fans are desperate for Charity Dingle and Vanessa Woodfield to get back together once and for all.

The former couple were reunited after 18 months apart, but they’ve been meeting up just as friends as Charity (Emma Atkins) is involved with Mackenzie Boyd.

The last few episodes of the ITV soap have seen Charity and Vanessa – nicknamed Vanity by fans – enjoy chats and even a play date together as they make an effort to bring their children together once again.

Emmerdale viewers are now super keen to Charity to dump Mack (Lawrence Robb) properly and get back with Vanessa (Michelle Hardwick) and they are begging the show’s writers not to let them down.

Taking to Twitter, one person posted: “I’m not being #funny but #Vanessa & #Charity belong together #Emmerdale.”

Someone else tweeted: “We’ve been waiting all those months for #Vanity reunion. Please don’t let us down #Emmerdale,” while a fourth added: “Just let #Vanity reunite already #Emmerdale.”

Another person claimed: “We need them back together #emmerdale needs them back together. Look how your figures jumped as soon as Vanessa was back. It wasn’t the Meena story that had been running a while at that time. Give us Vanity back.”

However, one viewer felt that it shouldn’t happen straight away and admitted: “I do want a long slow burn for vanity. Charity needs to work for it #emmerdale.”

Vanessa was not overly impressed with charity during Wednesday night’s episode as she found herself caught up in her relationship drama with Mack.

After convincing Charity to apologise to Mack, they ended up bumping into him outside as he arrived drunk and linking arms with Dawn Taylor (Olivia Bromley).

Charity got the wrong end of the stick and assumed Mack was more than friends with Dawn, and proceeded to call him a “fat rat”.

Vanessa piped up in the background and said: “I am so much better off these days,” before adding: “A rat and a brat…don’t drag me into it,” and then walked off.

Will Charity be able to win Vanessa back properly? Or will the complication of Mack be all too much for her as she attempts to make a fresh start?