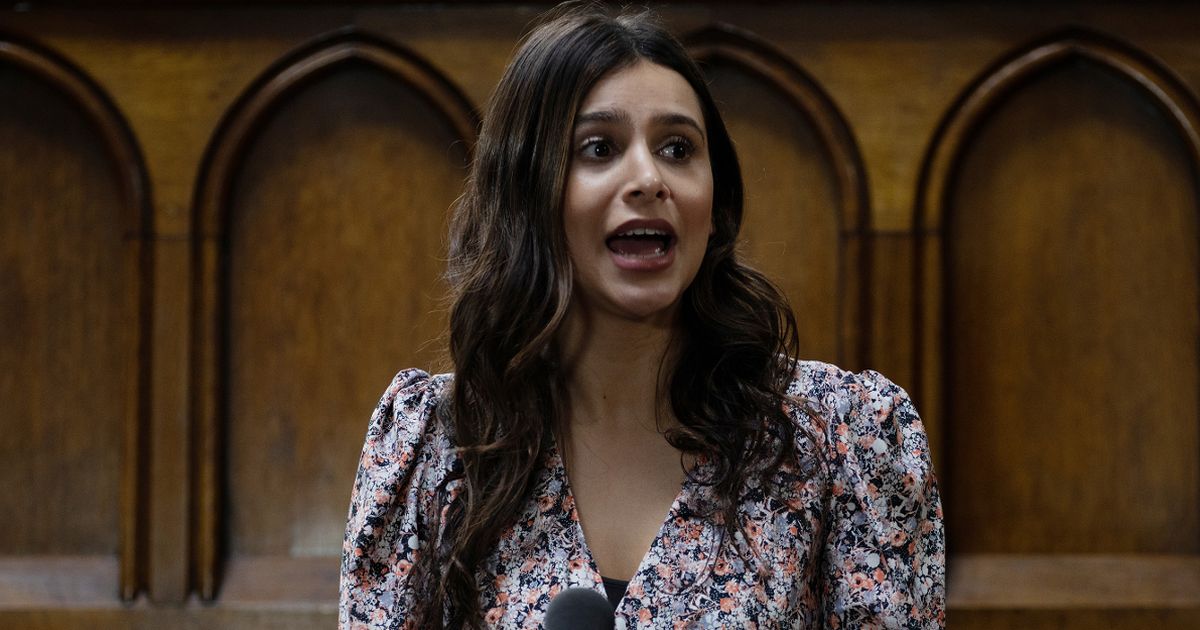 Emmerdale will say goodbye to Meena Jutla very soon, amid actress Paige Sandhu confessing the court verdict could go either way on the ITV soap

Emmerdale finally airs Meena Jutla’s fate on the ITV soap on Thursday night, ahead of her looming exit – with a new twist teased.

The character’s verdict will be reached in the next episode, but there’s one “horrifying” confession set to be revealed.

As those in court await the verdict there’s huge tension as Meena waits to find out how the jury will vote, and by Friday something shocking has gone down.

The events of the day in court make the morning news, while Emmerdale are keeping tight-lipped over what this is referring to.

So does Meena get away with her crimes after putting on a performance for the jury, or will she finally face justice?

Viewers will have to tune in and watch the hour-long episode on Thursday evening to find out what happens.

While the events so far have been shocking and traumatising for poor Manpreet and others, there’s one more confession to come to light the cast have revealed.

Meena actress Paige Sandhu confirmed it will air on Thursday night, and teased it made her drop her scripts when she read it.

Manpreet actress Rebecca Sarker also recently told The Mirror all about something huge that will potentially leave her character mentally scarred for life.

She revealed there was a long road ahead for the character in her recovery, suggesting the latest bombshell might impact this further.

Rebecca said: “Absolutely, it’s a long road. It will be a long road to recovery, if at all.”

On the final twisted bombshell, she added: “Meena has one more horrible, horrifying confession to make.

“One that of all of the terrible crimes, this might have the potential to plague Manpreet for the rest of her life. I will say it is a crime that is very, very, very close to home.”

The character was torn apart by Meena’s defence team when she took to the stand this week, in a bid to bring down her evil sibling.