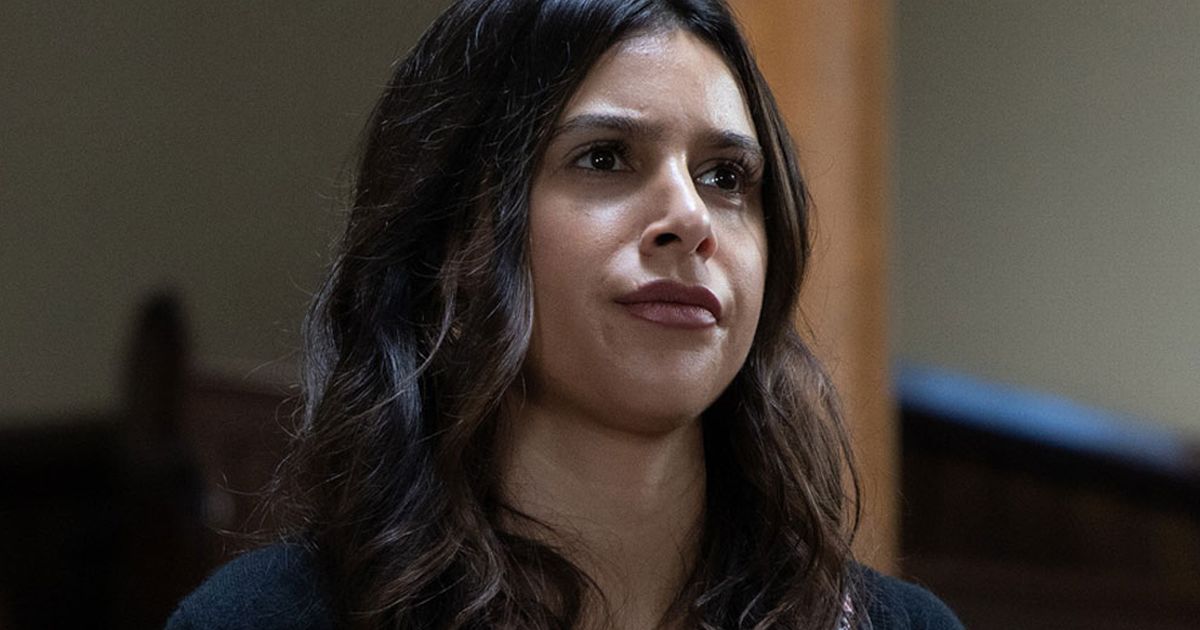 Emmerdale’s Meena Jutla leaves villagers wondering what she has planned on the ITV soap, as an unexpected resident is asked to testify in her trial

Emmerdale airs a surprise for residents on the ITV soap on Tuesday night, as a character is asked to be a defence witness for Meena Jutla.

Serial killer Meena faces trial next week for her crimes, including the murders of Nadine, Leanna Cavanagh, Andrea Tate and Ben Tucker.

Meena has been plotting with her barrister on how to plead her case, with her also desperate to take down her innocent sister Manpreet Sharma with her.

But on Tuesday night she will spark confusion and concern, as Manpreet prepares to testify against her sibling next week.

It’s soon revealed that Wendy Posner has been called to testify, as a witness for the defence.

But how does Wendy feel about the news, and how will those in the village react to Meena’s latest antics?

It comes amid Manpreet actress Rebecca Sarker revealing that Meena will drop one final “horrifying” confession during the trial.

Speaking to The Mirror and other press, Rebecca revealed it could change her character for the rest of her life.

She also revealed there was a long road ahead for the character in her recovery, suggesting the latest bombshell might impact this further.

It’s soon revealed that Wendy Posner has been called to testify, as a witness for the defence
(

Rebecca said: “Absolutely, it’s a long road. It will be a long road to recovery, if at all.”

On the final twisted bombshell, she added: “Meena has one more horrible, horrifying confession to make.

“One that of all of the terrible crimes, this might have the potential to plague Manpreet for the rest of her life. I will say it is a crime that is very, very, very close to home.”

Manpreet prepares to testify against her sibling next week
(

Rebecca also confirmed her character’s past and the lies she has told, possibly including the truth about Meena’s fall and the texts sent to Ethan’s phone, will come back to haunt her.

She said of Manpreet’s expectations: “She knows those weapons are in Meena’s armour and that Meena will throw anything at her to favour her case.

“The sisters know each other inside out really, she’s aware and she’s trying to prepare herself for what happens. To be so publicly exposed in court is a triggering experience for her.”