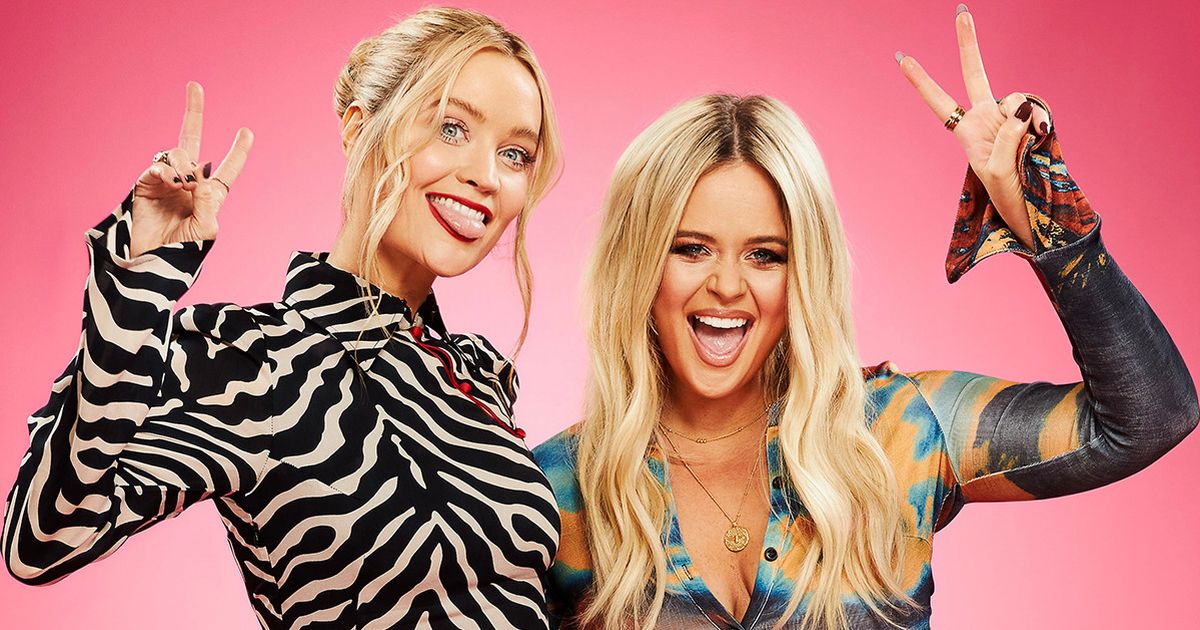 Emily Atack and Laura Whitmore revealed the new Celebrity Juice will be ‘naughtier than ever’.

Although the stars say that fans of the show know what to expect from the ITV programme, ‘there’s lots of new daftness’.

“It’s Celebrity Juice, so yes! Keith is naughtier than ever,” Emily explained to heat magazine.

“I’m so grateful we’re back. And it’s my first time as team captain with a full audience. We honestly all cried when we did the first recording. It was emotional.”

They also discussed the dream guests they would want on the series, which include Mike Myers, Jim Carrey and Winona Ryder.

Laura said: “I really want to have the Queer Eye team on – Tan France or Jonathan Van Ness. Any of them, actually. I’d love to get someone who maybe you wouldn’t think would turn up to Juice, like Dame Judi Dench.”

They also discussed which stars they would love on the show
(

Meanwhile, Emily would love the likes of Miriam Margolyes to be on the panel game show.

Keith previously mentioned how he won’t do crude jokes on the show as he believes it is inappropriate after becoming a dad.

He has hosted the show since 2008 and is known for his crude humour and outrageous behaviour on the show.

The funnyman and his wife Jill Carter live in London with their daughters Matilda and Dolly.

When Keith appeared on Good Morning Britain in December, he was quizzed by presenter Adil Ray on how he feels about having the reputation of “being the naughtiest man on television”.

But Keith explained how he doesn’t enjoy the gags he has to do on the show as much now because fatherhood has tamed him.

Keith said: “I don’t like it now if I’m honest. I did like it because I was young and I was edgy but now I’m old and a bit tired, especially now. And I’m a bit more pure now because I’ve got children.

“So when you do the school run and parents look at you with filthy eyes like ‘you bad man’ it’s sort of embarrassing.

Adil probed Keith further saying: “So are there things that you’ve done in series in the past that you wouldn’t do now on the show?

Keith replied: “Off air I’ll tell you what they wanted me to do on the Christmas special, which I refuse to do and I can’t even tell you right now.”