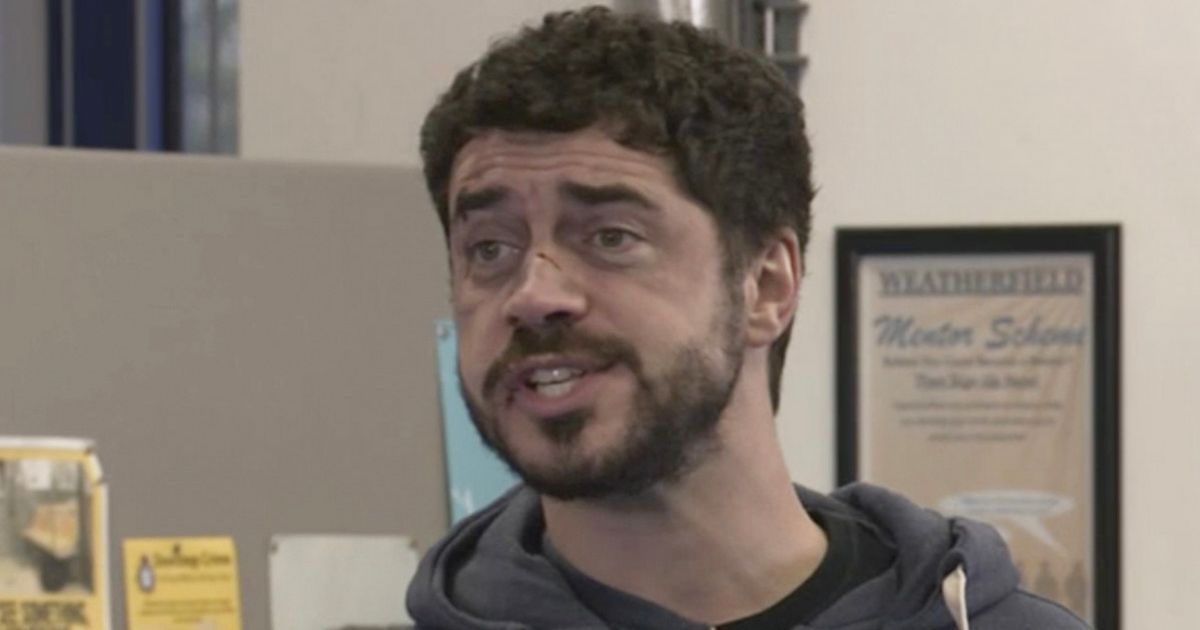 Coronation Street fans were amused and a little confused, as Adam Barlow fled the ward to speak with the police about Lydia Chambers

Coronation Street viewers were surprised to see Adam Barlow racing out of hospital on Wednesday, following a major operation and a near-death experience.

Adam was shoved off a balcony by ex Lydia Chambers during a row, and he was left fighting for his life.

At the hospital, doctors told his worried family how he was at risk of losing his sight as he had a bleed behind his eye.

Luckily, doctors confirmed the character was doing well and the operation was a success, despite him clearly being in pain.

Adam’s face was covered in cuts and bruises as he came around from the surgery, only for Lydia to arrive and the pair spoke about what happened.

When Adam’s wife Sarah caught her there though, she soon demanded Lydia told her the truth – after weeks of lies about Adam.

Lydia had set him up with a fake affair, but on Wednesday she finally told Sarah that she’d made it all up.

This led to Sarah taking revenge, calling the police and telling them what she had done – and that she had tried to kill Adam in the incident at the mall.

Coronation Street fans were amused and a little confused, as Adam Barlow fled the ward to speak with the police
(

But Adam was not impressed, blaming the incident on his years of bad behaviour towards women including Lydia.

After Lydia confessed he’d cheated on her and got her pregnant, leading to her having an abortion, Adam decided he had put her through enough already, and raced to the police station to clear her name.

While his uncle Daniel Osbourne was baffled by his decision, Adam told the police he was not pressing charges for any of her antics, and that he had fallen from the balcony by accident.

But viewers were distracted from the scenes as Adam staggered into the station holding his chest, after suffering broken ribs.

Taking to Twitter, viewers were quick to claim Adam was doing a lot better than they thought he would given what happened moments earlier – suggesting he had made a “miraculous recovery”.

One fan said: “Adam recovered from a major operation in minutes and walked out of the hospital to go to the cop shop. What a load of old b******s. Who writes this complete and utter s**t?”

Adam had just had a major operation
(

Another wrote: “Adam made a miraculous recovery,” as a third said: “Well he recovered quick.”

A fourth fan tweeted: “Adam’s up and about right after a high fall onto a concrete floor then an emergency op to help regain his eyesight, I sleep in an awkward position for a couple of hours and I’m crippled for days!!!”

Another fan said: “That hospital must be top notch for Adam to recover from surgery that fast.”