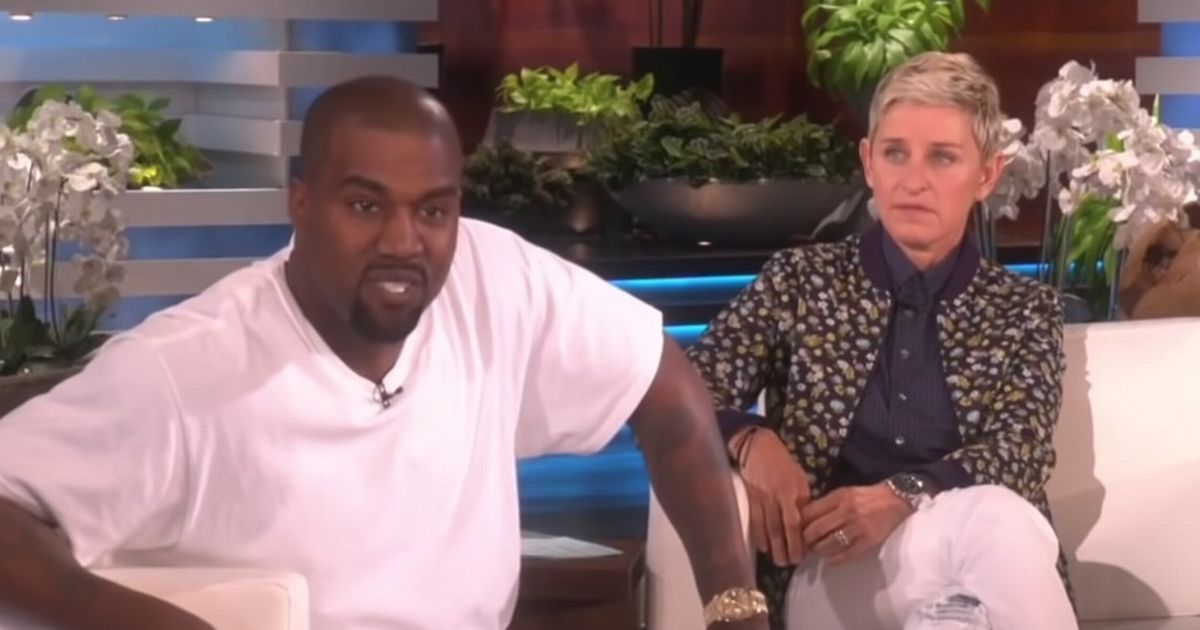 Meghan Markle has sat down with another of her Hollywood pals to reveal all about her life, career and time in the royal family.

Following on from her bombshell chat with Oprah Winfrey, the Duchess of Sussex’s latest interview is with Ellen DeGeneres.

Teaser clips show her chatting about her pre-royal days, when she was an ambitious actor driving to auditions in a broken old car.

The new interview, which airs in the US on Thursday, is hardly a surprise as Meghan and Ellen have been pals for years, with the TV host even popping into Windsor Castle to meet baby Archie shortly after he was born.

However Ellen faced accusations of bullying behaviour by her employees earlier this year, and she’s faced with controversy on-screen as well.

The US chat show host has been rocked by allegations by coworkers, past guests, and fellow celebs over her conduct on and off camera.

She has faced numerous allegations of diva behaviour since comedian Kevin T Porter dubbed her “one of the meanest people alive “.

While Ellen has previously denied claims of any wrongdoing, viewers have been able to make their own minds during some excruciating interviews.

Perhaps the most memorable moment on this list, Ellen’s car-crash interview with Dakota Johnson went viral at the end of 2019.

The Fifty Shades of Grey actress called out Ellen in an amazingly awkward chat after the presenter claimed she wasn’t invite to her 30th birthday party.

After asking how the party was in a snarky manner, then insisting she wasn’t invite, Dakota pointed out that this was not the case. She said:

“Actually, no, that’s not the truth, Ellen, you were invited, ” replied Dakota.

“Last time I was on the show, last year, you gave me a bunch of s*** about not inviting you, but I didn’t even know you wanted to be invited.”

But Ellen kept on nagging and questioned who wouldn’t want to be invited to a party, leading Dakota to retort: “Well, I didn’t even know you liked me.”

“Of course I like you. You knew I liked you,” said Ellen before a very awkward silence.

Ellen then protested that she had never received an invite, but Dakota told her to ask her producer for the truth.

After being told she was out of town, Ellen suddenly confessed she “didn’t remember that until just now” and thanked Dakota for the invite. Awkward!

Kanye took over Ellen’s show in May 2016 – leaving the host unable to get a word in edgeways.

Outspoken Ye went on a rambling, unbroken rant that lasted more than six minutes while Ellen was forced to sit back.

Facebook founder Mark Zuckerberg, Kanye’s desire to change the world, bullying, racism and his art design were among the wide range of topics in his monalogue.

“Picasso is dead. Steve Jobs is dead. Walt Disney is dead. Name somebody living that you can name in the same breath as them, “shouted Kanye.

“Don’t tell me about being likeable. We’ve got a hundred years here. We’re one race, the human race, one civilization. We’re a blip in the existence of the universe, and we’re constantly trying to pull each other down.”

At one point, Kanye admitted he was “shaking” while talking, and acknowledged it might have been too much for daytime TV.

As he continued, the US rapper claimed Michael Jackson couldn’t get his video on MTV, stating: “So I literally have to be the Michael Jackson of apparel in order to break down the doors for everyone who will come after I’m gone, after I’m dead.

“After they call me Wacko Kanye. Isn’t that so funny, that people point fingers at the people who have influenced us the most?”

Right at the end, turning to the audience, Kanye added: “I’m sorry, daytime television. I’m sorry for the realness.”

Having been sat motionless for minutes, Ellen cut straight away to a commercial break as the crowd applauded.

Katy Perry is one of the celebrities who has come out in defence of Ellen, which may have come as a surprise to many due to their awkward interview in 2017.

Despite several appearances on Ellen’s show before, the presenter managed to forget that the singer had been married.

This made things incredibly tense when Ellen set up a game about finding her guest a husband – called ‘Will you Perry me?’

When asked to choose a famous man to marry in a game of ‘would you rather’, Katy moaned: “Do I want to get married again?”

But Ellen hit back by insisting that wailing Katy had not been married before.

Her memory wasn’t jogged even when Katy explained she had been married at the age of 25.

She was forced to whisper the name “Russell Brand”, which finally made the presenter remember her marriage to the British comedian.

Sweating Katy then looked at the camera and made a scissor gesture to the camera, seemingly telling producers to cut the clip.

Ellen decided to poke fun at Celine Dion’s son during a tremendously cringe sit down chat in 2007.

The host showed a picture of the superstar singer with her husband and their little boy, René-Charles, then asked her why she hadn’t bothered to get her son a hair cut.

Ellen rudely said: “Look at his hair? When are you going to cut that hair?”

Celine was visibly fuming and took the host to task as she defended her parenting choices, saying: “Do you have a problem with that?”

The singer went on: “You now I have to say it’s amazing right, some people shave the head of the children and they say ‘Isn’t that terrible’.

“I don’t even cut my son’s hair and they say ‘Oh when are you going to cut his hair?’

“Whatever I will do, I won’t please everyone. I can assure every mother here, Renee-Charles makes his own decisions.”

Michelle Obama was so annoyed with Ellen during a shopping trip in 2016 that she admitted it was like being with a young child.

The former first lady headed out to a CVS store with the talk show host for a light-hearted segment of fun.

But the shopping trip became quite tense as Ellen misbehaved in front of the cameras to try and get laughs.

Ellen started opening packets without buying the product, dumping items on the floor and eating food without paying for it.

She even got out a megaphone and started telling everyone in the store about Michelle’s “downstairs rash”.

But it all seemed to get too much for Obama when Ellen asked about putting her own face on money.

“You’d have to have done something grand like Harriet Tubman,” said Michelle when Ellen asked why she can’t be on a dollar bill.

Seething Michelle added: “You know, you’re really annoying. It’s like taking a three-year-old to the store.”

Lovable Taylor Swift was close to tears during an uncomfortable game about her dating history in 2012.

Ellen began to badger the American singer into talking about her love life, even though Taylor stated very clearly that it was making her feel uneasy.

It started badly when Ellen started asked: “Which song on the new album is about Zac Efron?”

Taylor shut down the idea and insisted they didn’t date, but Ellen responded by saying “Ok” and spinning her finger in a circle by her head to imply the star was crazy.

After Taylor declined to talk about her exes, Ellen insisted on playing a game in which she flashed all of her rumours former lovers up on a big screen.

“Do you know how bad this makes me feel?”

Putting her head in her hands and choking back tears, Taylor’s voice cracked as she really stood up to Ellen.

She told the host: “Every time I come up here you make me feel so bad about myself by putting a different dude up there on the screen and it really makes me question what I stand for as a human being.”

One of the most uncomfortable interviews to watch is arguable Ellen’s chat with Jessica Simpson in 2017.

Jessica started the interview by seeming calling the host out on her aggressive tactics, declaring: “I am not pregnant…”

But without hesitation, Ellen quickly batted back: “You’re not pregnant, I heard you were.”

The interview was hailed as a car crash at the time as Jessica struggled to answer Ellen’s questions.

Jessica also appeared to slur her words during the incredibly uncomfortable chat.

The singer and actress later revealed she had been battling addiction issues at the time.

Speaking on America’s Today show, she admitted she was drunk on the show and explained: “I can’t even watch the interview.

“It was a weak moment for me, and I wasn’t in the right place. I had started a spiral, and I couldn’t catch up with myself and that was with alcohol.”

Ellen started off her interview with comedian Hasan Minhaj by claiming she was a “huge fan”.

So it was a bit of a blunder when Ellen mispronounced his name when he entered the studio.

It wouldn’t have been too major an issue had Ellen not told her guest that he was getting his own name wrong and she was actually correct.

The pair went back and forth saying “yes” and “no” for a few seconds before Minhaj explained the actual pronunciation.

Minhaj patiently tried to help Ellen get it right, explaining that it was a big deal because his parents were both in the studio watching.

After repeating the correct pronunciation multiple times, Ellen gave it another try but managed to butcher his name once again.

“I’m not going to change my name,” said the comedian as he gave up.