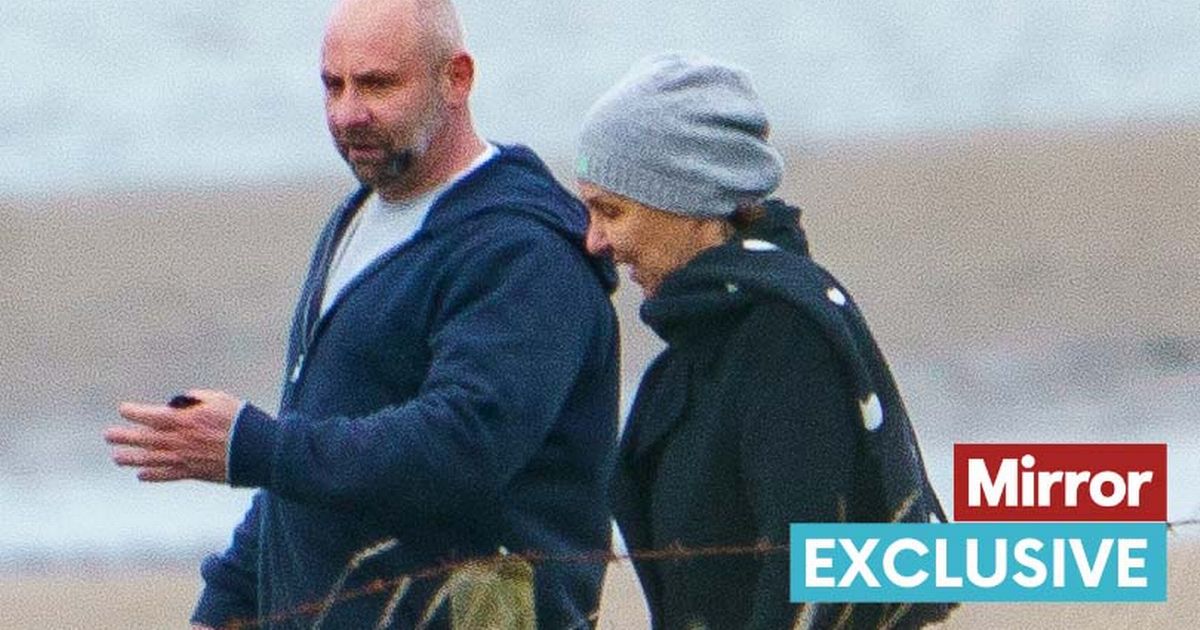 Strictly: Arlene Phillips claims they will ‘never ask her to return’

Dame Arlene Phillips, 78, has been spotted with a mystery man in Wales.

The former Strictly Come Dancing judge is currently preparing for a stint in the Welsh castle for the latest series of I’m a Celebrity…Get Me Out of Here!

Ahead of the popular ITV show returning on Sunday, the celebrity contestants are said to be self-isolating to prevent any positive cases of coronavirus entering the camp.

Wrapped up against the cold weather in grey hat and blue scarf, the mum-of-two was pictured working along a Welsh beach with an unknown man.

Arlene, who is set to become the oldest ever contestant to appear on I’m A Celeb – appeared to be in good spirits as she enjoyed a walk with her mystery companion.

The man – pictured wearing a blue zip-up hoodie – could possibly be part of the star’s bubble as she prepares for life on the ITV show.

Speaking to the Metro last month, a spokesperson for I’m A Celeb confirmed that this year’s campers will undergo regular testing throughout their pre-show quarantine period and form bubbles before filming begins over the weekend.

Arlene is happily married to husband Angus Ion, a design carpenter from London.

The couple first began a romantic relationship after meeting on the set of Freddie Mercury’s music video I Was Born to Love You in 1985.

Their daughter Abigail was welcomed their first child into the world together in 1990, when the dance legend was 47.

Speaking about the birth of her second child at a later stage of her life, Arlene later revealed she was cruelly called a “freak” for becoming a mother again at the age of 47.

At 78, Arlene will be the oldest camper the ITV show has ever hosted
(

“[I was told] I was some kind of freak, that I would find it hard to bond with my baby when I could be the grandmother,” the star recalled to Closer magazine.

Arlene is also mother to another daughter, Alana, from a previous marriage.

Speaking to The Mirror ahead of her stint on the ITV reality TV show, the star admitted she is “the biggest coward in the world”.

In the past, she has even admitted her worst absolute nightmare would be to be placed “in a box underground covered in worms and cockroaches, like they do on I’m A Celebrity!”

Arlene with her future celebrity campmates
(

“All I can say is that I am the biggest coward in the world, I’m not courageous!” she confessed.

“Every time I watch the show, I absolutely admire those people who fearlessly enter into it. I’m the type of person who holds back.”

Joining her this Sunday in North Wales’ Gwrych Castle, where I’m A Celeb is taking place for the second year, are a bunch of other famous faces ready to take on the famous bushtucker trials.

Arlene will be joined by TV presenter Richard Madeley, 65, ex-BBC Breakfast presenter Louise Minchin, 53, French footballer David Ginola, 54 and many other celebrities competing to be the new King or Queen of the castle.

The new series of I’m A Celebrity… Get Me Out Of Here! Starts at 9pm on Sunday on ITV.