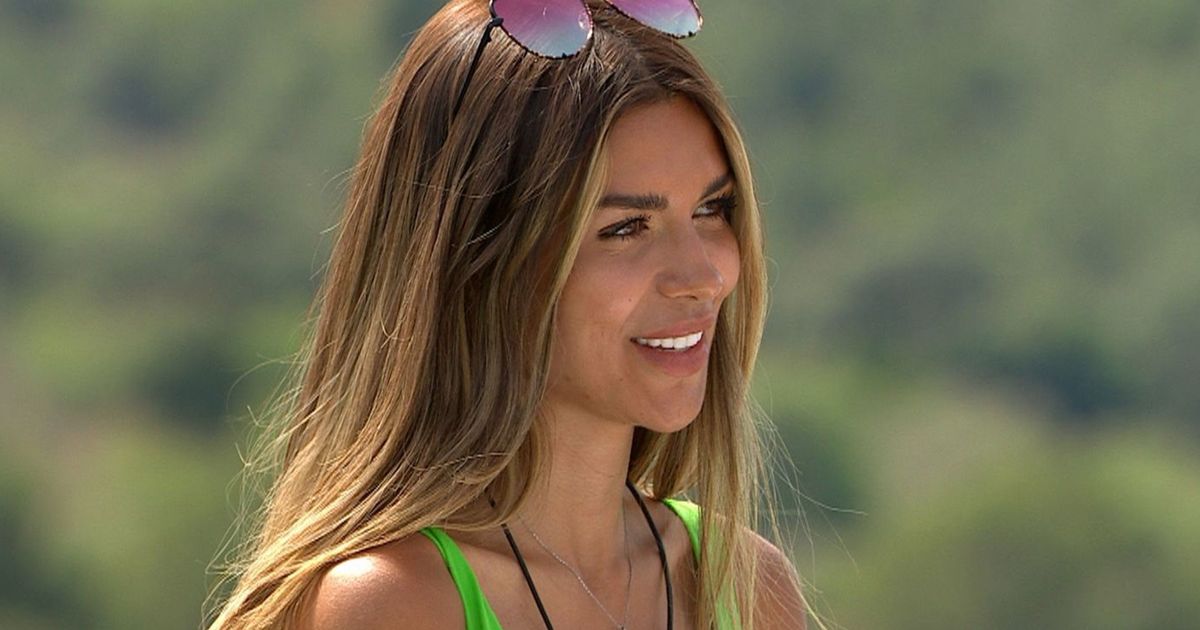 Ekin-Su Cülcüloğlu was a late arrival to the Love Island villa, but she’s caused a stir among her fellow islanders, quickly switching her affections from Italian hunk Davide to newcomer Jay

Ekin-Su is a firm favourite with Love Island fans

Love Island’s Ekin-Su Cülcüloğlu has already made a big impression with viewers of the ITV2 dating show, despite her late arrival in the Spanish villa.

The stunning Turkish soap star immediately hit it off with Italian hunk Davide Sanclimenti, but her head was turned by the arrival of newcomer Jay Younger.

Fans of the show have praised Ekin-Su for her ruthless approach to finding love in the villa, especially after she and Jay snuck up to the balcony to enjoy an illicit snog away from prying eyes.

But, away from the camera, the 27-year-old brunette stunner has enjoyed a glow-up, as she underwent surgery in her early 20s, making her almost unrecognisable from her days at the University of Central Lancashire in Preston.

Ekin-Su had dreamed of being an actress, and went after her dreams while at uni, where she appeared in the short-lived reality series that was made for student TV network PSTV in 2012.

For part of her degree in performing arts, she starred in the show called Lancashore, and the pilot episode was unearthed recently on YouTube.

Ekin-Su also ditched her name while at uni, as was known as Susie Hayzel, and was credited under that name on the show.

She looked unrecognisable in the reality show Lancashore

In the episode, she can be seen taking part in a game of Never Have I Ever, alongside other students, while in the kitchen of their halls of residence.

Snaps from her time at the university also resurfaced, showing her enjoying nights out with her flatmates, as well as posing seductively for the camera.

Ekin-Su then relocated to Turkey, where she landed a role in the TV show Kuzey Yildizi, which translates to North Star.

Ekin-Su went by the name of Susie at uni

She underwent a transformation in her early 20s

In the show, she speaks fluent Turkish, and plays Isil, a blogger from London who becomes the love rival of a main character.

Before signing up to Love Island, she split her time between London and Istanbul, and it’s not yet clear if she’ll return to the show once her time in the villa is up.

Ekin-Su previously revealed she had undergone breast augmentation surgery eight months before applying to be on Love Island, and she also had veneers fitted while in Turkey.

In a Q&A on Instagram, she revealed she had had a breast lift, and recovered with round-the-clock care while in Istanbul.

Ekin-Su also said she had £4,000 of work done to her smile, forking out the cash for veneers on her top and bottom teeth.

Ekin-Su is almost unrecognisable from her days as ‘Susie’ at uni, and as part of her Love Island glow-up, she’s also transformed her hair, embracing her natural brunette locks.

She’s one of the favourites to scoop the prize money in the Love Island final later this summer, but who will she end up with?

The latest series of Love Island continues tonight from 9pm on ITV2 and ITV Hub. Episodes are available the following morning on BritBox. Catch-up through ITV Hub and BritBox.