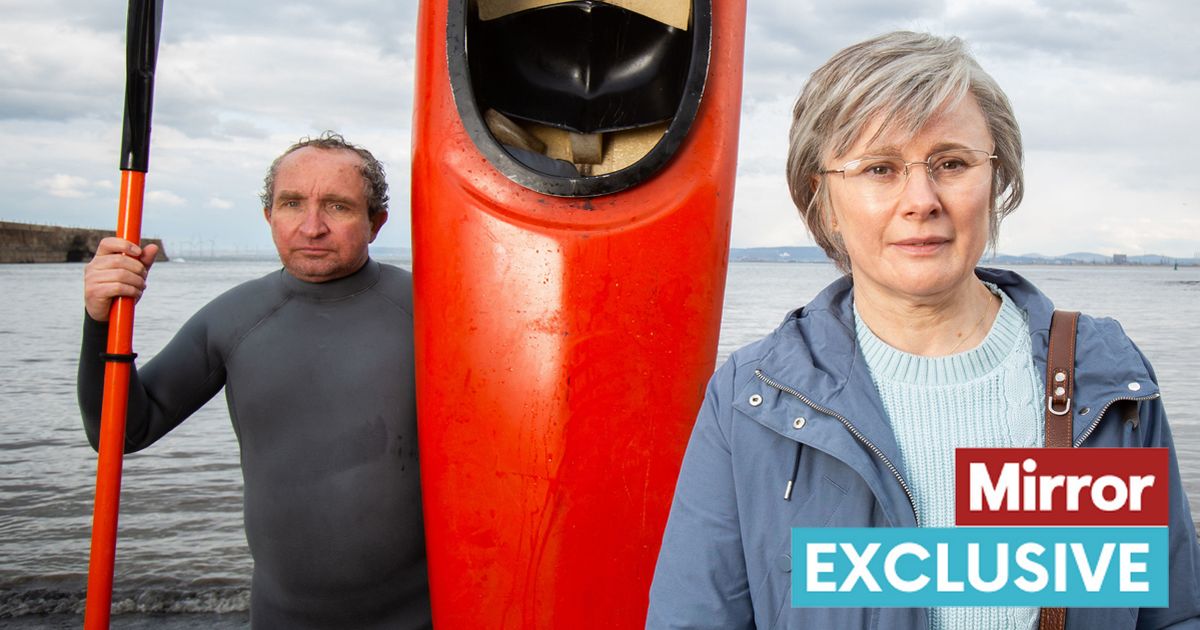 Eddie Marsan and Monica Dolan have revealed one of John and Anne Darwin’s sons sneaked on to the set of the TV show they are starring in as the infamous canoe couple.

The Thief, His Wife and the Canoe tells how Darwin faked his death in a canoeing accident in 2002 and plotted a new life in Panama with wife Anne.

The actors said one of the Darwins’ two sons was on set in disguise for the day.

Eddie said: “We had no idea until a few weeks later. He had come in with a baseball cap and a Covid mask on to watch. We didn’t get any feedback.”

The four-parter is based on a story by ex-Mirror journalist David Leigh, who was first to trace Anne in Panama after the £1million pension and insurance scam.

The Thief, His Wife and the Canoe tells how Darwin faked his death in a canoeing accident in 2002
(

The Darwins, from Seaton Carew, Co Durham, had unwisely posed for a photo which we published in 2007 to reveal the plot under the headline Canoe’s This In Panama? David has been advising on the series to make sure it is authentic.

Viewers will also see son Mark Darwin, played by Mark Stanley, visiting his dad with a copy of the Mirror. Mark and his brother Anthony were kept in the dark about the scam.

Eddie and Monica also told how they kept up their North East accents for weeks filming the ITV drama.

East Londoner Eddie, 53, said: “We kept our accents and we just stayed like that so we sounded like a family. .”

Monica Dolan as Anne Darwin in The Thief, His Wife and the Canoe
(

Monica added: “You came out of your cabin and said ‘I’m gonna speak like that’ and I said ‘I’m talking like that already’.”

Eddie added: “You don’t want to think about it whilst you are doing a scene because there are so many other things to think about.”

Eddie was so keen to emulate John he also found out his favourite music and listened to a playlist in his caravan each day to get into character.

John Darwin faked his own death
(

John Darwin who has been nicknamed ‘Canoe man’
(

He said: “We asked Anne Darwin what music John liked and surprisingly it came back ‘ABBA and country and western’.

“The funny thing is me and my wife share Spotify. My wife was kind of thinking was I going through a midlife crisis because there was Dolly Parton and ABBA on the whole time.”

John, 71, was sentenced to six years three months in jail for fraud and Anne, 69, got three months longer. He was released in January 2011 and now lives in the Philippines. she was freed in March 2011 and lives in York.

The Thief, His Wife and the Canoe will be on ITV next month and available to stream as a box set on ITV Hub.