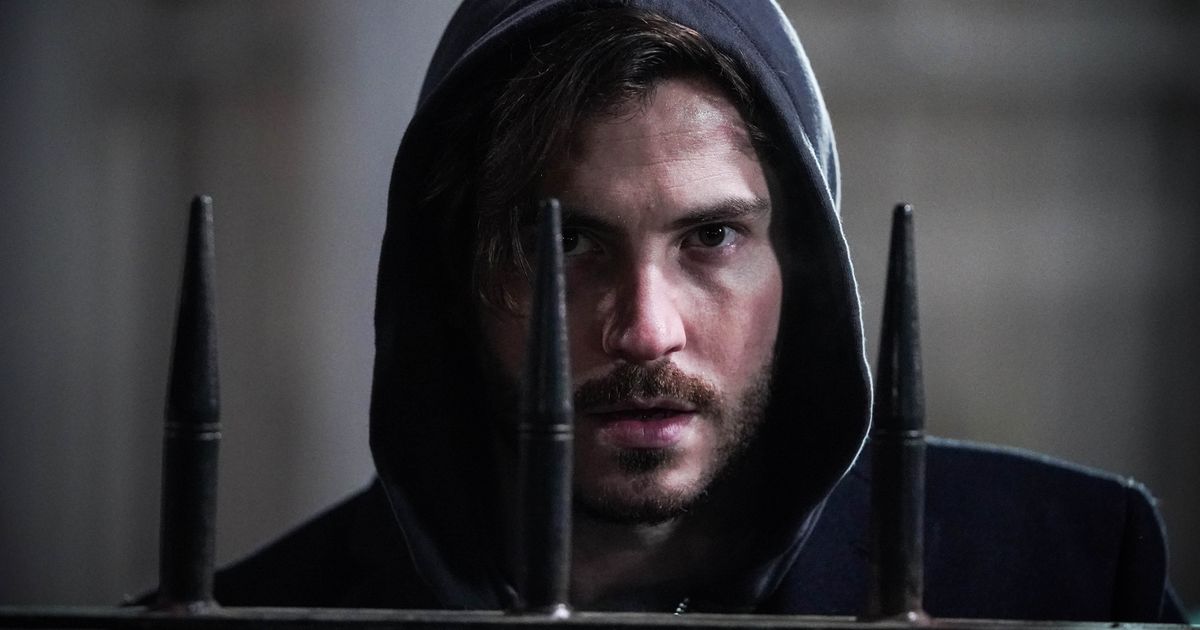 As the Carters finally discover the truth, it’s a race against time to find the lawyer and make him pay on EastEnders next week…

The inevitable has finally arrived for Gray as he’s forced to face his reckoning following his murderous actions.

As the Carters finally discover the truth, it’s a race against time to find the lawyer and make him pay.

But as his true nature comes to live, could the mother of the wife he abused and killed be the one to end his life?

Here’s what’s coming up on EastEnders next week…

Kheerat Panesar is set to return to Walford next week, as the downfall of his enemy Gray looms following their punch-up.

Kheerat (Jaz Deol) and Gray (Toby-Alexander Smith) came to blows in a violent showdown last week, which forced the former to go on the run as the latter landed in hospital.

But Gray soon wakes up in a hospital bed, unbeknownst to Kheerat, who has been hiding out with help from his love interest Stacey Slater (Lacey Turner).

Kheerat Panesar will be returning to Walford
(

His mum Suki Panesar (Balvinder Sopal) tries to postpone an arranged meeting with Ranveer, but she fails to do so.

When youngest son Vinny (Shiv Jalota) begs his mum to let him help instead, Suki reluctantly agrees after receiving some encouragement from Dotty Cotton (Milly Zero). Unfortunately, Ranveer is less than impressed by Vinny and he demands to speak to Kheerat instead.

In a surprise twist, just as the situation is turning sour, Kheerat arrives in the nick of time and quickly takes charge of the meeting.

In later scenes on Tuesday, March 8, Kheerat manages to put Ranveer’s mind at ease that all is on track with the investment. But while Ranveer is pleased, brother Vinny feels pushed out.

How will his confrontation with Gray go?
(

After Ranveer leaves, Kheerat makes it clear he won’t be staying long and reveals he is wanted by the police – he says he will be leaving Albert Square for good in an attempt to start afresh.

He runs into Stacey and the pair share a passionate kiss, but before he can make his escape from Walford, he is spotted by Whitney Dean (Shona McGarty).

She pleads for Kheerat’s help to protect Gray’s wife Chelsea Atkins (Zaraah Abrahams) from him, but Kheerat refuses and insists that he can’t get involved anymore after his attack on Gray.

However, Kheerat then seems to change his mind when he spots an exchange between Gray and Chelsea’s mum Denise Fox (Diane Parish) in the street.

Kheerat rushes to the hospital to try to warn Chelsea about what’s happening – but will he get to her in time?

Shirley storms out to hunt Gray down, and wows to end him in revenge for her sister’s demise.

Having previously confronted him earlier in the week when they see him with the police, they are sold a sob story about them just checking things out.

Gray manages to claim he had no idea about Tina and vows to help them – no doubt trying to cover his tracks.

But it’s when Whitney Dean puts two and two together, having already worked out Gray killed Chantelle, that the truth is exposed.

Shirley will vow to kill Gray
(

She tells Mick exactly what she knows and how she fears Gray is to blame for Tina’s death, and it all clicks into place.

They soon tell an alarmed Shirley who realises something is going on, and she’s left distraught given how much she helped Gray just before Tina died.

Realising he has been lying to her for over a year, she sets out for revenge convinced Whitney is right.

She vows to end him for once and for all, and arrives at his house for a final payback just as Gray plans to flee Walford with his family.

Shirley bangs on the door demanding to be let in, as Gray realises she knows the truth – but will she get to him in time, and what will she do?

Gray kidnaps Jordan as Chelsea and Whitney in grave danger

Taking his young son Jordan from the hospital, his new wife Chelsea returns home in a panic only to realise Gray is planning on fleeing with him.

It isn’t long before the pair have a showdown, as Chelsea demands answers about his dark past.

Spoilers tease: “Chelsea’s confrontation with Gray may be the last thing she does as Gray is unable to control his rage.”

So is history about to repeat itself, and will Chelsea lose her life as Gray responds to her accusations?

Whether help arrives in time for Chelsea remains to be seen, but she isn’t the only one possibly in danger as Gray loses control.

Whitney and Gray also have a face-off, as she is desperate to know the truth amid his plans to flee.

With her “desperate for her moment of reckoning” with the serial killer, she manages to track him down and a showdown ensues.

But knowing what Gray has done, will Whitney become Gray’s final victim before he bows out of Walford?

*EastEnders airs Monday – Thursday at 7.30pm on BBC One