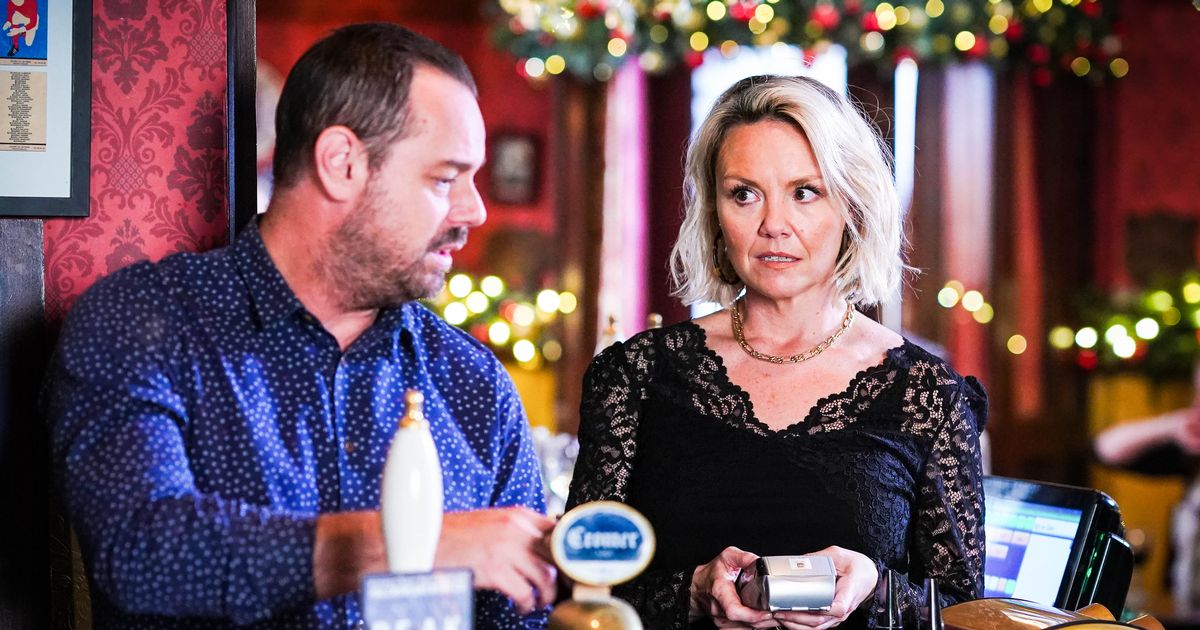 Mick Carter and Janine Butcher are growing closer on EastEnders as the pair bond over family memories. The duo get close after Janine takes on Peter Beale to sponsor the Christmas tree

Mick Carter is growing closer to Janine Butcher on EastEnders.

The pair – played by Danny Dyer and Charlie Brooks – have joined forces to outbid Peter Beale to sponsor Albert Square’s Christmas tree – but could this be the start of a special bond between them?

Peter is discussing his plan to sponsor the Christmas tree in the Square, when Janine overhears him. As part of her plan, she flirts with a customer so Liam can steal his keys but he fails to get the hint and doesn’t end up being able to take them.

Mick and Janine are discussing The Vic, as he admits they are struggling for cash. He then decides it’s worth it to sponsor the Christmas Tree, but Peter is less than impressed when he learns Janine and Mick have outbid him to sponsor the tree.

Janine and Mick seem to be growing closer

Rainie and Stuart are also devastated about missing out on the bid, and things only get worse when Peter comes by to tell Janine and Mick that he has managed to outbid them.

Furious, Janine vows to take Peter down, with Mick eventually agreeing to her plan as they walk past a smug Peter admiring the tree.

The pair are desperate to take down Peter Beale

Soon after, Janine and Mick share a poignant moment as she opens up to him about a memory of her father, with Mick moving her with a kind word or two. But is this the start of a special bond between the pair?

It comes after EastEnders aired a surprise exit for Frankie Lewis on Tuesday night, leaving viewers worried that Rose Ayling-Ellis might be leaving the soap for good.

It’s been a tough few weeks for Mick Carter

In the sweet scenes, Frankie and Nancy put their differences to bed as Nancy begged her sibling to stay on the Square.

She told her sister: “I know you’ve found it really difficult having me here. You’re so used to having Dad whenever you need him.

“I was getting in the way of that, so I thought it would be better for everyone if I went away for a little bit. I want to go. I’m gonna go stay with a friend. It will be good for me.”