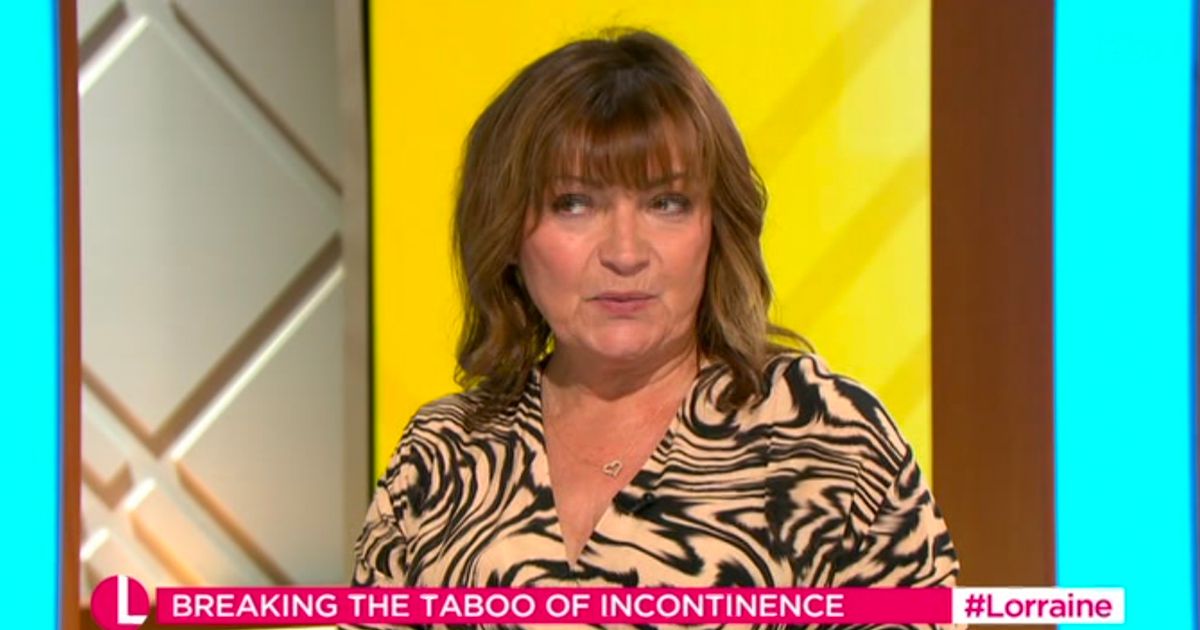 Lorraine viewers took to social media to say they were “put off” their breakfast as host Lorraine Kelly confessed to doing pelvic floor exercises whilst on air. She was discussing incontinence with comedian Gusset Grippers

Lorraine learns how to do pelvic floor exercises

Lorraine viewers were “put off” their breakfast as she confessed to doing pelvic floor exercises live on air.

Presenter Lorraine Kelly was discussing incontinence with physio comedian Gusset Grippers on the ITV show, where they discussed easy exercises people can do to improve their pelvic floor.

Gusset Grippers – real name Elaine Miller – wants to use her comedy to break the taboo surrounding incontinence, and she gave viewers tips on how to improve the muscle.

“What do you do?” she asked her guest, before adding: “I’m doing it now.

“Is it just a case of pulling everything up?”

Elaine added: “The difficult thing is remembering to do it. So what we want them to do is take a deep breath in – shall we do it now? – and then sigh out. Then you want to squeeze and lift your underneath.”

“Then hold it for a count of 10 seconds but keep breathing at the same time and then once it’s over, you should relax and you should feel something go ‘doof.'”

Elaine then went on to explain how the difficulty is not doing it, but remembering to do it as she revealed she uses social media to try and remind people to do their exercises three times a day.

However, some viewers were less than impressed with it being aired during breakfast time.

“Lorraine telling me she’s doing her pelvic floor exercises right now, had put me off my Coco Pops somewhat,” one viewer wrote.

Another added: “Don’t wish to hear about #lorraine squeezing in her undercarriage while I’m eating my porridge thanks.”

Others, though, praised the presenter for discussing important topics.

” @lorraine what a wonderful, innovative way to provide health promotion through the use of comedy by @GussieGrips, really enjoyed watching this on #ThisMorning#squeezeandlift,” one wrote on social media.

Ahead of her appearance on the show, Elaine took to Facebook to thank the make-up team for

“Thank you, Vicky in make up @lorraine!” she wrote, “I look less like someone who is in dire need of a week in a spa and more like a shiny media person. David Walliams is in the studio at the same time, so, that’ll be, erm, interesting – does @bgt need a singing vulva? #lorraine#DryByChristmas#DoYourPelvicFloorExercises#weWontPeeWithA10103#davidwalliamsbooks#bgt.”

Lorraine Kelly struggles through her show as she suffers coughing fit