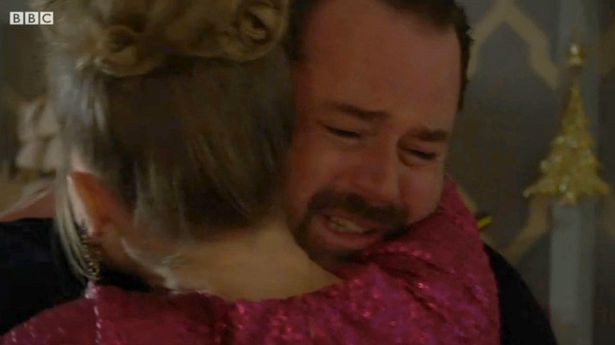 He visited Katy in her home and found love letters that he had written to her when he was a child, and he put the pieces together to work out that Frankie was his daughter.

Trembling, Mick confronted Katy over the fact she had raped him, but she turned it back on him and tried to claim he forced her when he was just 12 and she was an adult.

She called him weak and said he should have felt lucky that he lost his virginity to an older woman, and claimed they were in love.

Another wrote: “Crying at the Mick & Linda scenes poor Mick has been carrying around that secret for a long long time #EastEnders@bbceastenders “.

A third remarked: “Thank god they’re allowing Mick and Linda to interact physically without all the awkward COVID distancing measures they’ve had to use before. You can’t have this kind of emotion being shown between characters like them without physical contact #Eastenders “.