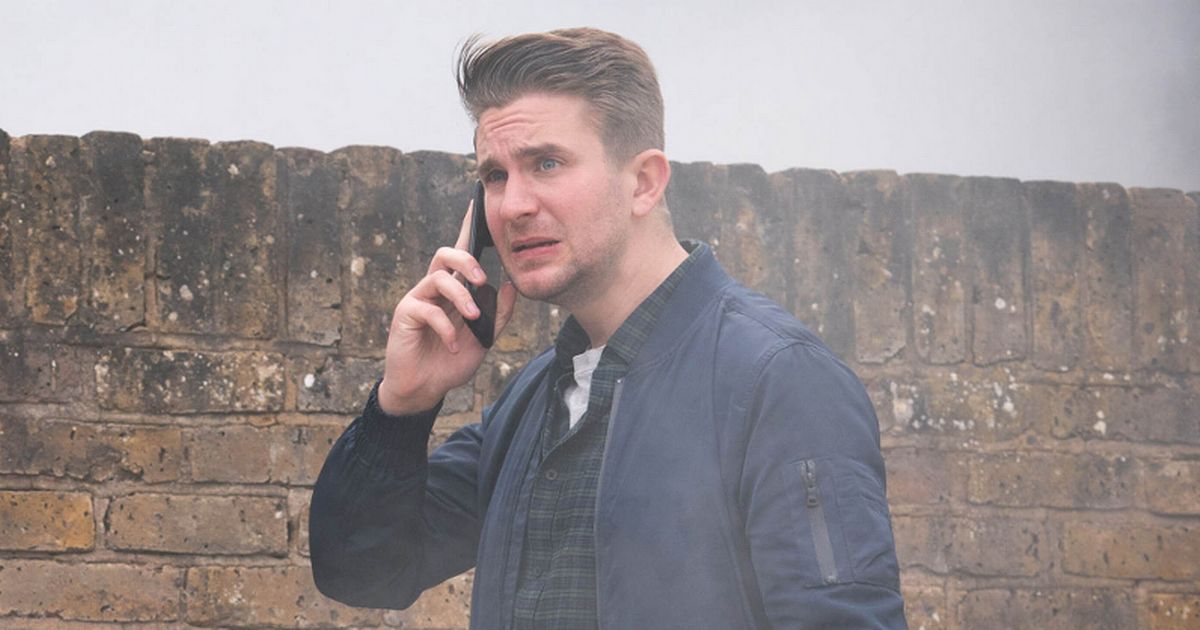 EastEnders’ evil Gray Atkins will be forced to team up with an old enemy next week.

After Shirley Carter hit Phil over the head with a baseball bat in a rage at his lack of honesty over attacking Ian Beale and letting her sister Tina be blamed, she fled and left him on the floor of his kitchen.

Meanwhile, Janine Butcher tracks down missing daughter Scarlett Butcher by finding her with half-brother Tommy Moon in Phil’s house, prompting a scuffle to occur and Scarlett’s jump to fall on the lit hob.

Soon flames are billowing upwards and a major blaze breaks out.

In spoiler photos for the following Monday (September 13), Phil’s son Ben Mitchell and beloved husband Callum Highway are seen looking panicked as smoke pours out of the house.

Police officer Callum calls for help on his phone, but he may find some closer to home.

Evil Gray is seen braced to help out on the scene but so is his mortal enemy Kheerat.

Can they save whoever is inside?

We already know that Phil, Janine, Scarlett and Tommy are at risk, but could one of their would-be rescuers place themselves in danger too?

Executive producer Jon Sen recently teased that Gray Atkins’ murderous antics – which have claimed the lives of Chantelle, Tina and Kush Kazemi – will soon come to an end.

Kheerat Panesar teams up with enemy Gray to help out
(

“Obviously that has been a very long story arc and it has taken many twists and turns. But we are going back to the grass roots of the story really, and taking it back to its origins with a fascinating turn of events for the Atkins family.”

*EastEnders airs this episode on Monday 13 th September 2021 at 8pm on BBC One.

Who are you expecting to be harmed by the fire? Let us know in the comments below.