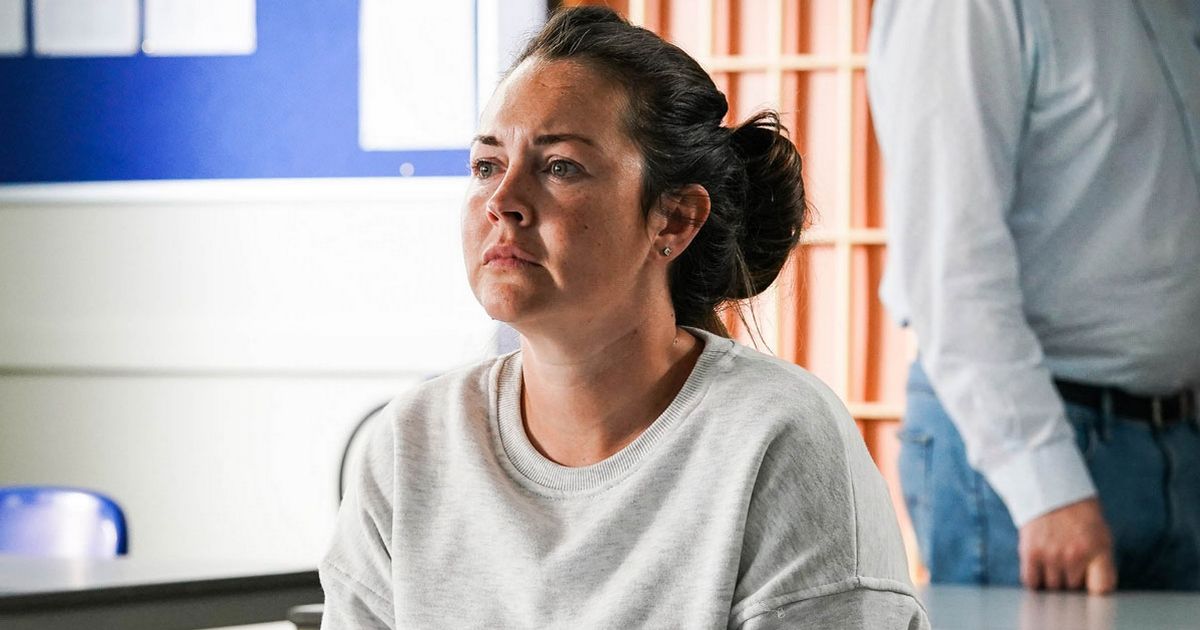 Actress Lacey Turner went on her second maternity leave earlier this year and departed our screens in April.

Now, new photos show the actress back in the BBC One soap as Stacey Slater in scenes to air later this month.

In scenes to air on September 17, Martin Fowler will pay a visit to ex-wife Stacey in prison and she looks far from impressed to see him.

What exactly does Martin have to say to the former love of his life?

Viewers have seen Martin become aware of the news that Stacey’s mum Jean Slater believes her cancer has returned and it is terminal.

However, more drama is set to come as the truth that Martin’s wife and Stacey’s former best friend Ruby Allen was responsible for framing Stacey for her fall down the stairs.

Martin did not believe Stacey when she told him she was innocent, so if the truth comes out then will the pair be able to get past what happened?

Jon Sen revealed: “Stacey returns and that is gonna be huge as well. She will return from prison, as you know she went to prison after a false accusation from Ruby.

“She’s going to return with somebody she’s met inside in the form of a new character called Eve, played by Heather Peace. ”

He added: “We are really excited about her and what that friendship is gonna be, as they have come back having shared a prison experience that has united them in a kind of very unique friendship, so that’s really exciting.”

Meanwhile, EastEnders boss Kate Oates added: “We’ve got Ruby. Jean is intent on bringing Ruby down and clearing Stacey’s name, so Ruby is gonna come to quite a slightly sticky end.”

Stacey does not look impressed, but what will she have to say to Martin?
(

Actress Louisa Lytton gave birth this weekend after taking her own maternity leave from the soap but it remains to be seen how her character Ruby Allen will leave the soap in the coming episodes.

*EastEnders airs on Mondays, Tuesdays, Thursdays and Fridays on BBC One and BBC iPlayer.

What are you expecting from Stacey’s return to EastEnders? Let us know in the comments below.