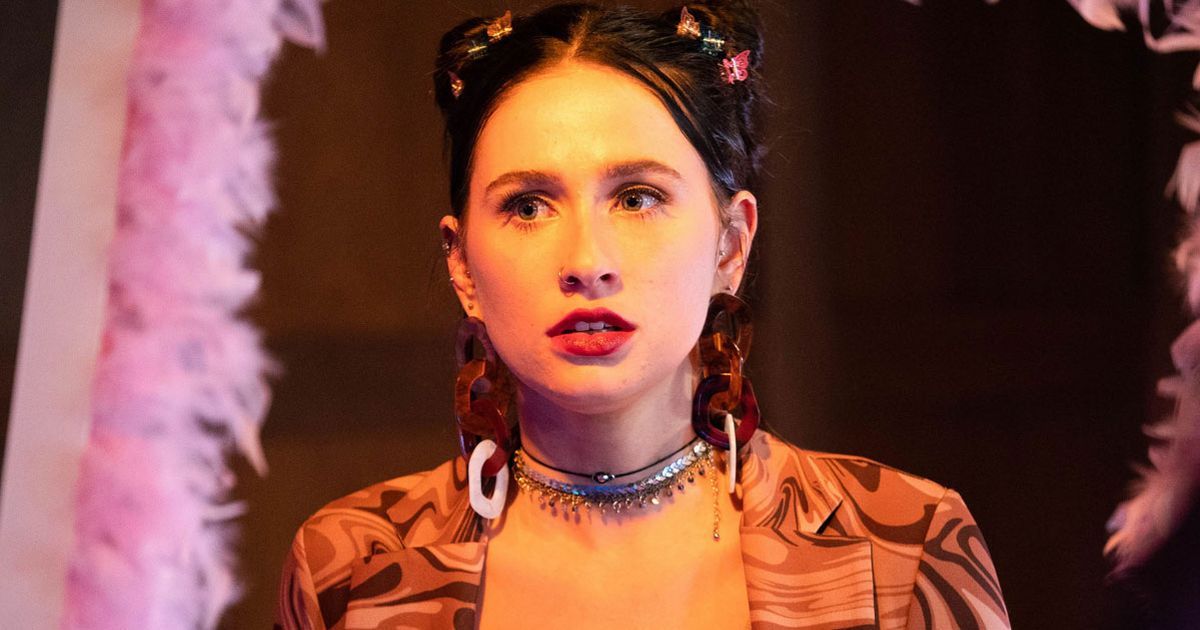 Despite EastEnders having shared Dotty Cotton’s real name in the past, many viewers appeared to forget this and were left completely confused by a recent scene

EastEnders’ Dotty Cotton was in for a shock on Tuesday night, as her mother Sandy Gibson showed up out of the blue.

But she wasn’t the only one left open-mouthed by the scenes that followed, with fans seemingly getting a surprise of their own – with Dotty’s real name revealed.

Sandy showed up without warning and was drunk, before Dotty was devastated to learn she was using drugs again.

It soon became apparent there was more to her return, as Sandy made it clear she was not there to make amends with Dotty.

The pair haven’t seen each other for some time, with Sandy suggesting her daughter had neglected her and forged a new life for herself away from her.

Sandy seemed to hold a grudge for this, while Dotty got upset as she protested that this was her life now and she was doing well for herself.

But Sandy tried to put her down and suggested she would never change, blaming her for her becoming a drug addict in the first place.

Sandy then revealed her true reasons for returning to Walford after learning of the club event her daughter was hosting, and it wasn’t to see her little girl.

EastEnders’ Dotty Cotton was in for a shock on Tuesday night, as her mother Sandy Gibson showed up
(

In fact, she made it clear it was money she was after, believing her daughter had the cash she was keen to get.

But viewers were quite distracted from the drama, after hearing Sandy repeat her daughter’s name – but it wasn’t Dotty.

While many viewers knew this, some had completely forgotten while others had no idea she wasn’t really called Dotty – the nickname given to her by her dad Nick Cotton.

Taking to Twitter, one fan wrote: “Forgot all about Dotty actually being called Kirsty, Jesus Christ.”

Meanwhile, a fourth viewer wrote: “Who the f**k is Kirsty?” as another asked: “Now who is Kirsty??”

Dotty is the name she went by when she first arrived in Walford in 2008, with Nick claiming this to be her true name – only for her mother to reveal she was actually named Kirsty later on.

Despite EastEnders having detailed Dotty Cotton’s real name in the past, many viewers appeared to forget this
(

But the nickname has stuck, and Dotty has kept this as her name since her return to Walford in 2019.

Most viewers were aware of the truth though, with one tweet reading: “She was known as Kirsty years ago when she was in it as a kid, I think she might have been adopted or in care or something, can’t quite remember the back story but Kirsty definitely isn’t something new.”

Another backed this saying: “When she first arrived it was mentioned that her name was Kirsty. I think Dot even mentioned it a few times.

“If recall, the show also listed her as Dotty/ Kirsty in their credits. So I’m not surprised to hear that Sandy called her that name.”

Just weeks ago, Terry Cant was exposed to be an imposter and was in fact Dotty’s uncle Tom Cotton, so you can’t exactly blame fans for thinking another identity twist was on the way.