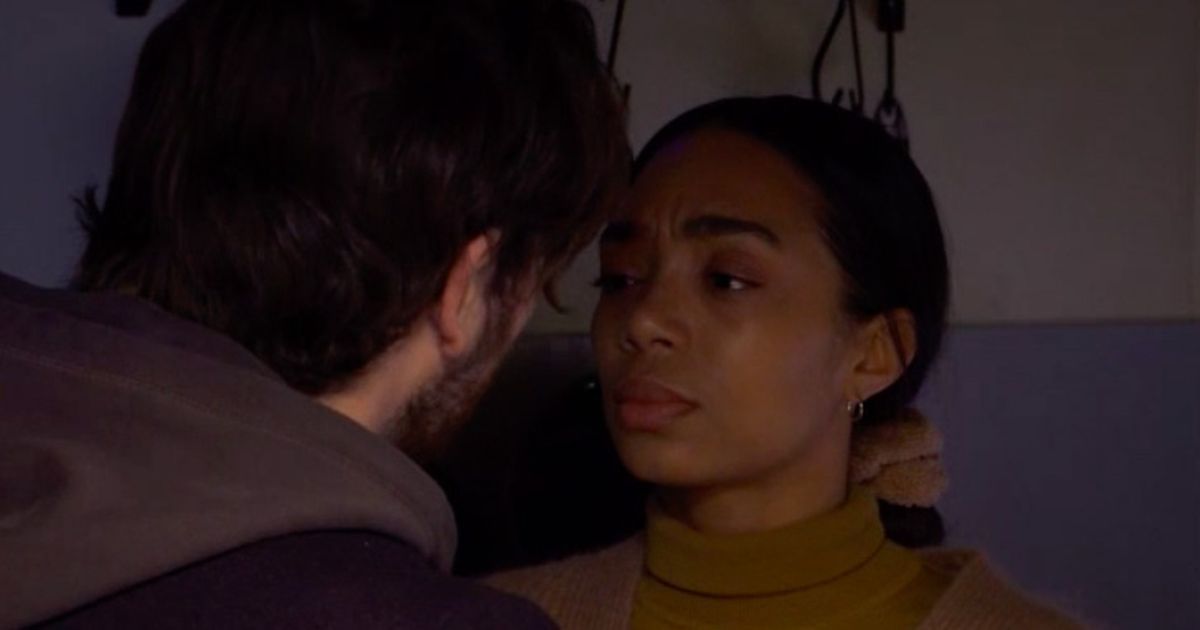 The latest instalment of the BBC soap saw killer Gray Atkins finally confess to her about the murder of his wife Chantelle.

Gray had no idea that Chelsea was on the phone to the police and was letting the call run as he tried to explain what happened to Chantelle on the night of her murder.

Trying to coax him into a confession, Chelsea said: “I love you Gray and I am on your side, tell me, it’s just you and me here. I have to know, did you do it? Did you kill Chantelle?”

“Yeah, but it wasn’t my fault,” he replied. “It was an accident, you probably don’t believe me, but it’s the truth.

“We’d been having problems, I can’t pretend that we weren’t. I found out she’d been seeing Kheerat. Apparently he was obsessed, pursued her,” he continued.

When Chelsea asked why he hasn’t just told the police what had happened, Gray responded: “I panicked, I lied. I told them I went out and came back and found her. Do you forgive me?”

“There’s nothing to forgive,” Chelsea told him as she hugged Gray and held her phone up.

As she tried to stall Gray and waited for the police to arrive, he lost his temper and told her they needed to leave straight away.

In very similar scenes to the night that Chantelle died, Gray pushed Chelsea and she almost fell into a knife that was sticking out of the dishwasher and ended up dropping her mobile phone.

As Gray picked up the device, he noticed that Chelsea had been on the phone to a 999 operator the entire time and suddenly started to panic as he glared at his wife.

Soap fans are now dreading what Gray will do next and what Chelsea’s fate will be.

Another said: “Gosh God whyyyyy did Chelsea have to overdo it she really got the confession?????? #EastEnders.”

And a third viewer added: “Had to walk out of the room watching tonight’s @bbceastenders when Chelsea tripped on the dishwasher! Hopefully she gets out of this alive. Can’t cope anymore #eastenders #graysdownfall.”