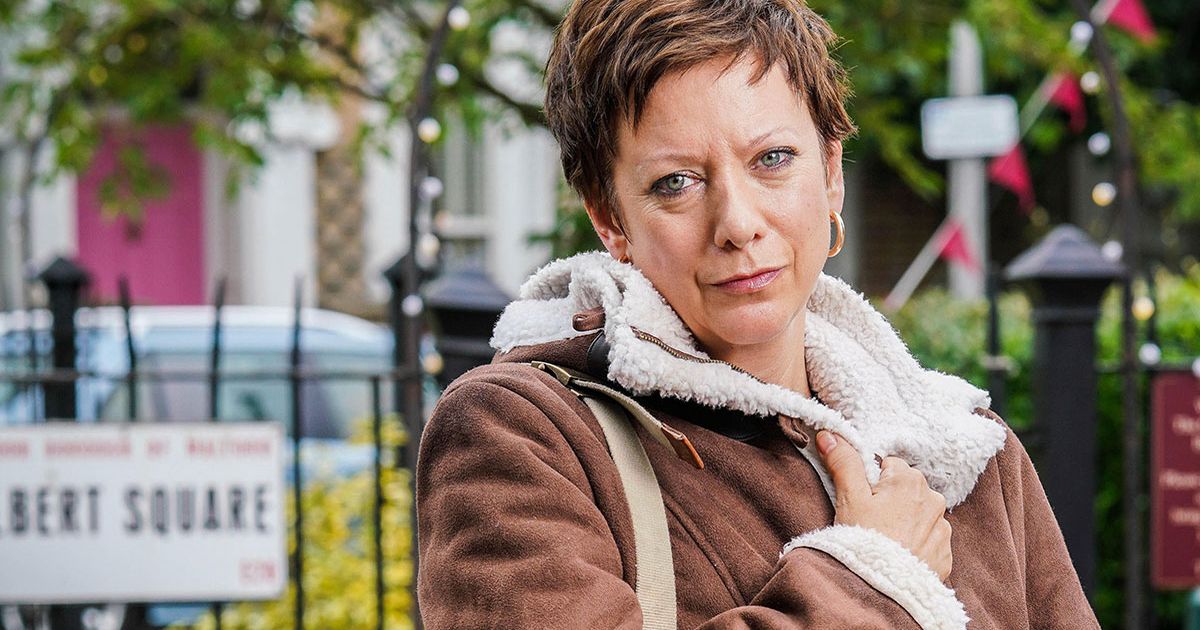 Doctors actress Martha Cope is joining BBC One soap opera EastEnders in the role of Sandy Gibson, the mother of Kirsty “Dotty” Cotton

The veteran television actress joins the cast of the BBC One soap opera after a history of roles in the likes of Men Behaving Badly, Doctors, Family Affairs, Doctor Who and Holby City.

Sandy has a tragic history of alcoholism which caused her to get in a relationship with notorious Walford villain Nick Cotton ( John Altman ) and eventually became pregnant with their daughter, Kirsty.

When Nick was in prison, Sandy revealed that they had a daughter after previously keeping her pregnancy a secret from him.

After his release from prison, Nick took over custody of Kirsty (Molly Conlin) who he nicknamed “Dotty” after his mother Dot Branning ( June Brown ).

In 2008, Nick returned to Albert Square with Dotty to use her to con his mother out of her money.

Thankfully, the plot was foiled and Dotty stayed with her grandmother until in 2010 Dot decided to reunite Sandy with Dotty, after Nick had told his daughter that Sandy had been killed in a car accident.

In 2010, Dotty left the Square and Dot behind to live with her sober mother, with Dot regularly visiting them both.

In 2019, Dotty returned to the Square, now played by Milly Zero, but came back without her mother.

Sandy was last seen on Albert Square in 2010, played by actress Caroline Pegg, when she took Dotty away to live with her
(

Now, Dotty will receive a big surprise in the Autumn when Sandy arrives in Albert Square and soon begins to cause chaos for her scheming daughter.

Will Sandy show a new side to Dotty once she is in Walford with her?

The role of Sandy was previously portrayed by actress Caroline Pegg back in 2010.

On her arrival to Albert Square, Martha says: “I have watched EastEnders since it began and I’m beyond excited to join such an iconic show and having a great time playing Sandy.”

Meanwhile, EastEnders’ executive producer Jon Sen commented: “Martha is a brilliant addition to our cast – we’re excited to welcome her to Walford.

“To say Sandy has a chequered past is an understatement and it’s no secret that Dotty’s upbringing was marred by her parents.

“Sandy’s arrival catches Dotty off guard and she’ll be forced to confront everything she’s tried to leave behind.”

It has been a difficult time for Dotty in recent weeks after her turmoil over her sexual encounter with Vinny Panesar led to her sleeping with friend Tiffany Butcher-Baker’s husband Keegan.

*EastEnders continues on Monday at 8.05pm on BBC One and BBC iPlayer.