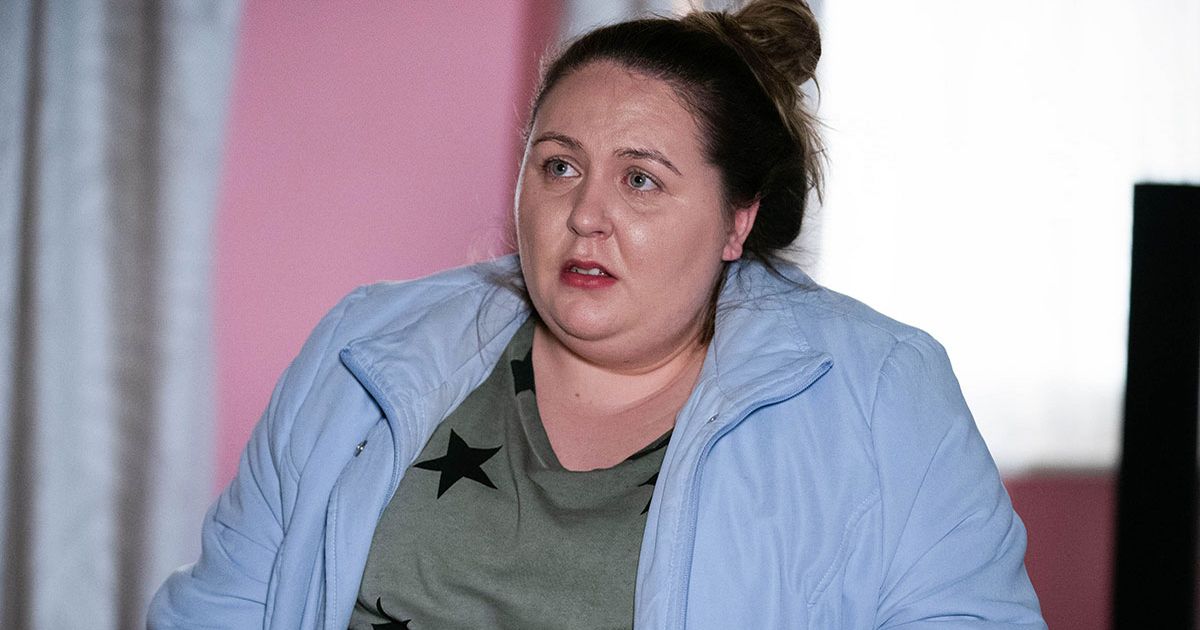 EastEnders actress Clair Norris is best known to BBC viewers as Bernadette Taylor on the BBC soap, but will soon hit screens in the new BBC Panorama documentary Obesity: Who Cares if I’m Bigger?

EastEnders actress Clair Norris has announced her involvement in a new BBC Panorama documentary, which will explore obesity.

The 24-year-old actress is best for her role as Bernadette Taylor on the BBC soap, who has mostly recently returned to Albert Square heavily pregnant and gave birth to the baby she has been carrying for Rainie Cross and Stuart Highway.

Bernie has been staying with her older brother Keanu, who is hiding in Spain, during her absence, while actress Clair told fans about a project she has been working on during her time away from the soap.

Clair took to Instagram to share the exciting news of the BBC documentary with her followers, posting a snap of her Panorama film in an editing studio.

Clair explained that she has been working on the documentary, entitled Obesity: Who Cares if I’m Bigger?, over the past four months.

In her caption she added: “I have been working with BBC Panorama, documenting and reporting on a topic that relates to me and I’m sure a lot of you will have your own opinions.

“This has been a chance to show ME! No character and no acting.

“I have been on a journey, meeting new people, going back to my childhood and sharing my own personal experiences which most of the time I have kept to myself.”

She then concluded: “I can’t wait for everyone to see this project but it’s important for me to say…please always be kind.”

The actress was soon flooded with praise in the comments of the post by her fans.

One wrote: “Proud of you my lovely. Can’t wait to watch! Xx”

Another commented: “So brave of you. Well done you should be so proud. Can’t wait to watch this!”

Clair shot to fame when she joined EastEnders in 2017 as a member of the popular Taylor family.

She has been embroiled in high-profile storylines over the years, most recently her addiction to diet pills while acting as a surrogate for Rainie and Stuart.

Clair explained that she has been working on the documentary, entitled Obesity: Who Cares if I’m Bigger?
(

The EastEnders star has discussed Bernie’s big dilemma over her newborn baby after she learned of Stuart’s shock cancer diagnosis, leading Rainie to leave the baby with Bernie.

Clair said: “She’s just given birth and she’s knackered and it’s another bombshell. She doesn’t know what to do now, and everything she thought was going to happen in this moment, hasn’t happened.

“Now she has this baby that she never thought she was going to have to have. She doesn’t want to get attached to the baby though and she doesn’t know what to do. The more time she spends with the baby, the more chance she has to get attached.

“But if Stuart doesn’t have treatment, he isn’t going to be around and Rainie is going to be a single parent – is she going to be able to cope with that? Again, it’s about what the best thing is for the baby. She wants to make it right and she wants the baby to have a family. She is torn and she goes back and forth a lot.”

Channel 5 apologises to ‘vulnerable’ pensioner on Can’t Pay? We’ll Take It Away!