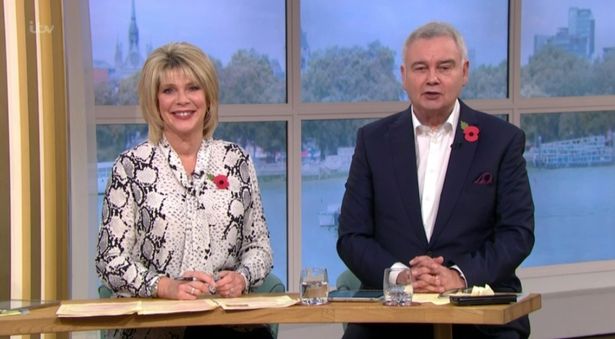 The presenter, 60, made the naughty comment during a special Halloween segment that saw the TV vet explain that black cats are often not adopted.

As ITV favourite Eamonn introduced the segment – before Scott appeared on screen alongside a kitten – Eamon complimented his “nice p***y.”

Scott chuckled at Eamonn’s words and TV viewers also found the comment hilarious with one teasing he was a “durty (sic) dog.”

Surprised from his naughty words Ruth then pulled a face and swiftly moved on.

Fans of the much-loved duo noticed the cheeky moment and took to Twitter to joke that Eamonn was oversharing.

A second added: “Just woke up to hear Eamonn Holmes say he’s “fully erect” but luckily just on about posture.”

*This Morning airs weekdays from 10am on ITV.