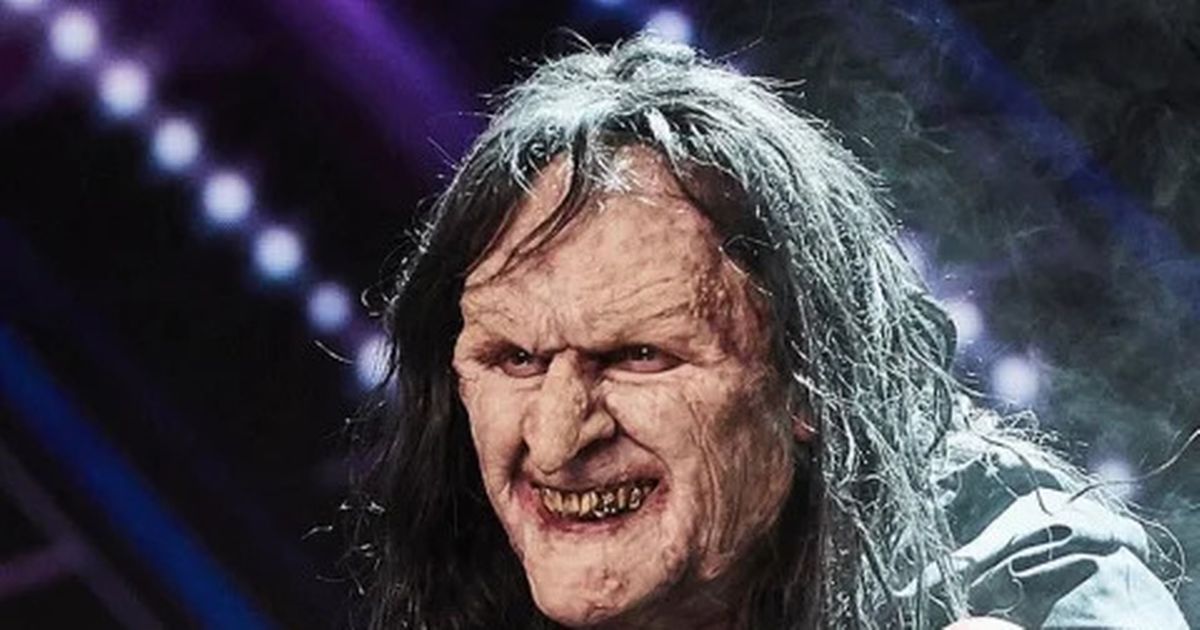 Britain’s Got Talent fans have found evidence Stephen Mulhern is not the person behind the creepy act The Witch, despite the ITV star having cryptically responded to swirling rumours that he is

Britain’s Got Talent fans have spotted a clue that Stephen Mulhern is not behind the heavy makeup and prosthetics of The Witch on the ITV talent competition.

This is in spite of the fact that the Saturday Night Takeaway star responded to swirling rumours and dropped a cryptic hint he is behind the creepy character that left Alesha Dixon’s skin crawling and mystified audiences last month.

The ITV television presenter responded to the claims as he posted a photo with make-up artist Lisa Armstrong, who was previously married to BGT host Ant McPartlin.

Suggesting that Lisa was involved in a potential transformation, Stephen tweeted a picture of him sitting in a make-up chair alongside a snap of The Witch.

He wrote: “Everyone keeps asking if I’m the Witch from BGT! Well you might want to ask Lisa Armstrong what I look like before she put makeup on me!”

The Saturday Night Takeaway star has responded to swirling rumours
(

But his followers were quick to point out the big giveaway it wasn’t him, with one person writing: “The witch is not you they’ve brown eyes yours are blue.”

Another added: “The Witch doesn’t have your eyes,” alongside a string of crying laughing emojis.

The witch’s performance on the long-running ITV talent show left show judge Amanda Holden, 51, screaming in fear – while co-judge Alesha, 43, ran from her seat in terror.

The creepy character walked down the stairs from the stage to present each of the show judges with an apple – and asked Amanda: “Do you know why they say beauty’s only skin deep? Because we’re all rotten to the core.”

Fan theories have swirled that Stephen is behind the Witch character
(

The fruit in front of Amanda then exploded, unleashing cockroaches and mealworms onto her desk, to shrieks from the blonde star.

While the stunt impressed and frightened viewers, many have pondered over who the identity of the witch and who is hiding underneath all the make-up.

Fan theories have swirled that Stephen is behind the Witch character ever since the creepy act debuted last month.

Several ITV viewers pointed out that Stephen’s name was mentioned just moments before The Witch appeared on stage – perhaps hinting at their true identity.

He was the subject of a joke by singer Honey Scott who poked fun at the fact that he is not part of the show anymore.

Taking to Twitter, one wrote: “SPOILER: Stephen Mulhern is the witch character on #BGT.”

Another tweeted: “The Witch I am guessing is Stephen Mulhern.”

Several suggested that the contestant could be none other than one of the ITV talent show’s hosts, Ant McPartlin or Dec Donnelly.

“I think ‘The Witch’ is Dec in disguise!” wrote on person, as another person said: “That witch actually looked like Ant on an undercover! Haha”.

Love Island left my life an absolute mess and made me depressed, says ex-Islander