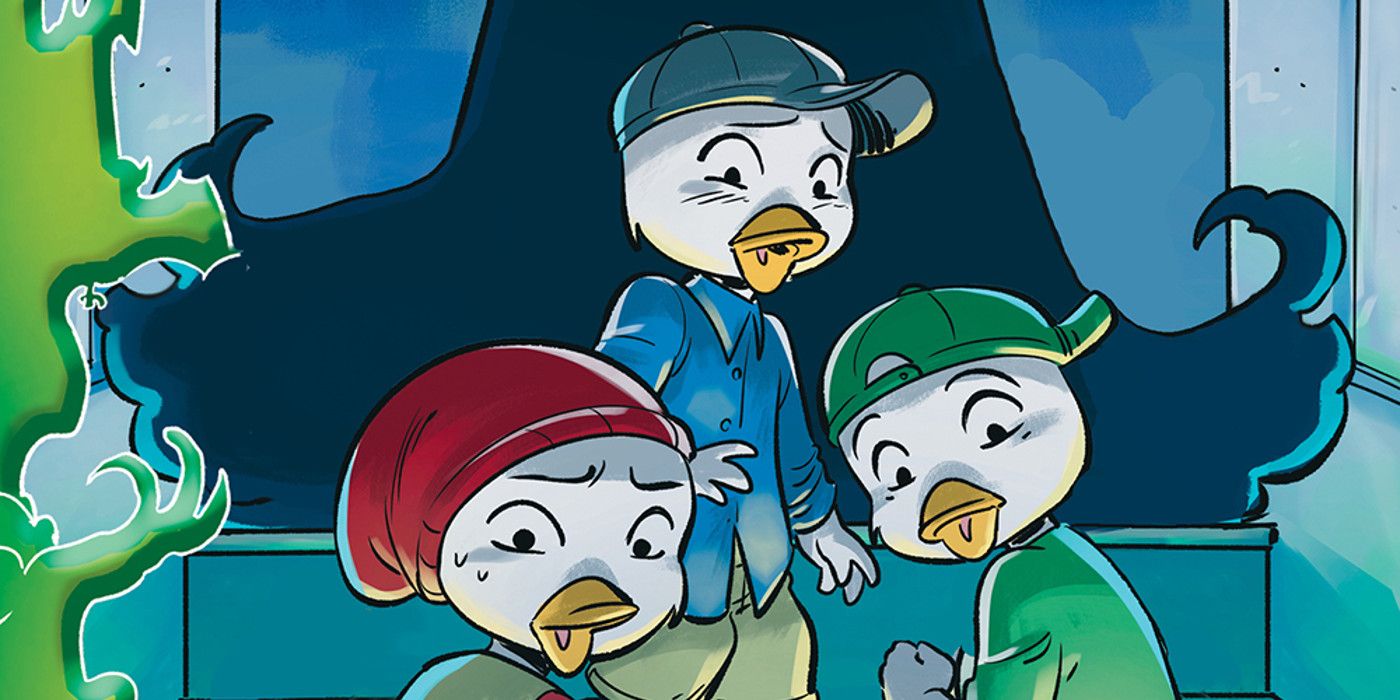 The text of Duckscares: The Nightmare Formula was written by Tommy Greenwald, a beloved playwright and children’s book author, best known for his Charlie Joe Jackson series. One of Greenwald’s most recent novels, Game Changer, was chosen as both a Junior Library Guild Premier selection and an Amazon Best Book of the Month. The illustrations for Duckscares: The Nightmare Formula were created by Elisa Ferrari, a freelance artist from Italy. While primarily known for her work with various European comics publishers, Ferrari has worked as a storyboard artist for Winx Club and done some work for Dynamite Comics and Aspen Comics in the United States.

It should be noted that Ferrari’s style is dramatically different from the usual Disney Comics’ house aesthetic. Greenwald’s script also establishes new personalities for Huey, Dewey and Louie, compared to how they acted on DuckTales, despite doing a good job of writing the brothers as brothers, with all the squabbling fans would expect. Despite these changes, those fans of DuckTales dismayed by the series upcoming end will find Duckscares: The Nightmare Formula a worthy way of continuing the adventures of the Duck family.

Duckscares: The Nightmare Formula by Tommy Greenwald and Illustrator Elisa Ferrari releases on May 4, 2021.

The preview images were provided to Screen Rant by Amulet Books, an imprint of Abrams Books.