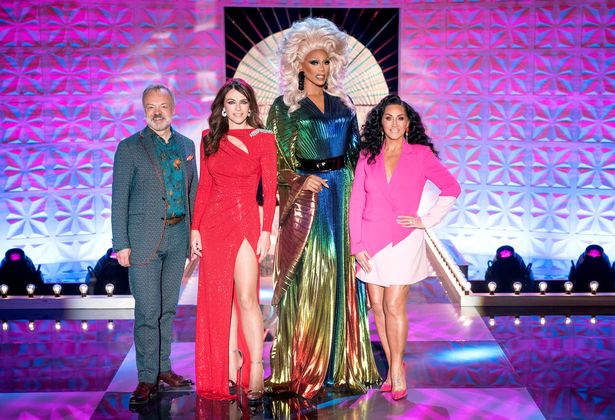 With a shower of glitter and Wimbledon tennis balls, Drag Race UK was back with a bang for its second season tonight.

But while fans indulged in all of the fabulousness that RuPaul’s hit show had to offer, fans were left positively seething after one queen was “unfairly” eliminated this evening.

Many were also convinced that she could have been the winner and dubbed her criticisms surprisingly harsh.

For their first runway challenge, the queens were tasked with creating two sickening looks – a British gay icon and a way to represent their home town.

Joe Black chose David Bowie as her first look and wowed viewers with a turquoise sequinned blazer dress, wavy orange hair and iconic blue eyeshadow. For her second look, she dolled up as the Brighton Pavilion in a gorgeous gold gown and crown.

But one fan pointed out: “Anyone who’s actually been INSIDE Brighton Pavilion will know it is gold as s***! Can’t believe Joe Black was punished for being too smart for these judges #DragRaceUK.”

While another tweeted: “The inside of Brighton Pavilion is gold, and the cabaret rendition of David Bowie was beautiful. #DragRaceUK.”

Following the comments, Joe Black had to lipsync – and she lost to Bimini, sparking a torrent of upset on Twitter.

A third wrote: “#DragRaceUK there is no way in hell Joe Black deserved to be anywhere near that BTM, she did so well!! Just me??”

Another warned: “if joe black doesn’t make a dramatic return in a few weeks i will be very disappointed #DragRaceUK.”

So, should Joe Black be brought back in some kind of twist form? Or was Ru right to give her the chop?