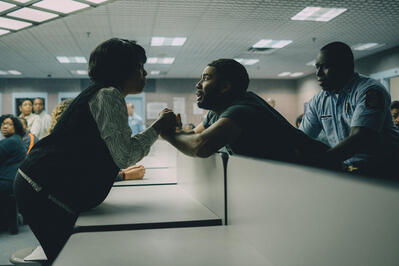 The year 2020 has brought America’s long-festering racial wounds into sharp relief. In March, EMT Breonna Taylor was killed when police entered her apartment on a “no-knock” search warrant. In May, two men were arrested for the killing of runner Ahmaud Arbery whose death had gone unprosecuted since February.  Later that month, a Black man’s videotaped encounter with a white woman in Central Park went viral and that same week, the killing of George Floyd by an officer in Minneapolis sparked weeks of protests in America and around the world. By fall, shock and anger over a grand jury’s refusal to hold officers accountable for Taylor’s death poured salt in the wounds and sparked protests again. One thing’s for sure: Institutional, systemic racism is still very much a problem, and will remain so until citizens work to fix it.

Racism, police brutality, and racial violence can be complicated and possibly overwhelming issues to unpack, requiring an intimate understanding of segregation, income inequality, the criminal justice system, and more. It can be a lot, especially if these topics are new for you. Many Americans are turning to streaming platforms to learn more on these topics, as evidenced by The Help, which rocketed to the most-viewed movie on Netflix earlier this summer. However, movies like The Help, Crash, Green Book, and more have been widely criticized by many (including Viola Davis who regrets taking her role in The Help) as narratives that center white protagonists’s viewpoints, emotions, and character arcs while using black trauma and pain to do so. To help you learn more and cut through the white noise, here’s a list of some great series and documentaries that center black perspectives and are a strong starting point for understanding these pressing social issues — and how all Americans are affected by them. This is just a very short list; for more, check out PBS’s large library of shows and documentaries and a trove of content on BET and BET+.

1. When They See Us (Netflix, 2019)
The gripping miniseries from Ava DuVernay dramatized the case of the Exonerated Five (previously called the “Central Park Five”) — a group of black and Latino teens who were wrongfully convicted in 1989 of raping and assaulting a woman in Central Park. That  conviction was overturned in 2002 only after the real assailant came forward ,but the case became a real-time study in how police, the criminal justice system, and the news media tried and convicted boys of color despite a glaring lack of evidence. It’s a sobering, upsetting, and phenomenal piece of television, and Jharrel Jerome’s Emmy-winning performance will haunt you.

2. 13th (Netflix, 2016)
Years before she took on one specific case of injustice with When They See Us, Ava DuVernay delved into a more sweeping, wide-ranging story with the phenomenal documentary 13th. Using plain, easy-to-understand language, logic, and facts, DuVernay lays out how the Thirteenth Amendment led to mass incarceration in the United States. Breaking down the racist origins of “the war on drugs” and coded language like “tough on crime” and “law and order,”, this fierce documentary is an eye-opening and unsettling examination of how the amendment created a pipeline to put black boys and men in for-profit prisons. It’s a must-see for every American, and will challenge the beliefs of people who’ve never questioned the notion of liberty and justice for all. It was nominated for many prestigious awards, including a Best Documentary Oscar, and won a Best Documentary BAFTA, three Critics Choice awards including Best Documentary, an NAACP Image Award, and a Peabody, among other accolades.

3. The Central Park Five (PBS, 2012)
Acclaimed documentarian Ken Burns’ work on the aforementioned New York City case contains tons of archival footage and first-person testimony from reporters, people involved in the case, and historical context that explains how bias against people of color allowed five teenage boys to be sent to prison for a crime they didn’t commit. It originally aired on PBS but is now available on on Amazon and iTunes.

4. Time: The Kalief Browder Story (Netflix, 2017)
This six-part series, which has Jay-Z as one if its executive producers, examines the case of Kalief Browder, who was a 16-year-old kid from the Bronx accused of stealing a backpack in 2009. He was sent to the notorious Rikers Island without trial, and, unable to afford bail, placed in solitary confinement for two years of a three year stay. Upon his release at age 22, he died by suicide — a death advocates say was due to the mental, physical and sexual abuse he endured in prison. His family settled a suit with New York City for $3.3 million in 2019 but, as this series explains, his imprisonment highlighted troubling ways black and Latino people are severely punished in the judicial and correctional systems.

5. 16 Shots (Showtime, 2018)
This documentary looks at the 2014 shooting death of Laquan McDonald by Chicago police and the cover-up that followed. As the film shows, police initially said the shooting was justified, but pressure from activists and journalists forced police to release footage that sent the Chicago Police Department and local Chicago government officials into upheaval as the community demanded justice.

6. Rest In Power: The Trayvon Martin Story (Paramount, 2018)
The case that sparked the Black Lives Matter Movement  — the 2012 shooting of Trayvon Martin, an unarmed black boy who was by killed by George Zimmerman in so-called self-defense — is pried open in this series. His parents, activists, and others central to the case detail how Zimmerman, accusing Martin of a crime that never happened, chased him and ultimately ended his life but remained uncharged with criminal offenses due to Florida’s “Stand your ground” laws.

8. Let it Fall: Los Angeles 1982-1992 (Netflix, 2017)
John Ridley, the masterful producer and director behind 12 Years a Slave and ABC’s incredible series American Crime, examines the turbulent decade in Los Angeles after four police officers caught on tape beating Rodney King were acquitted. The film takes on the 1992 riots — which left more than 60 people dead and caused a reported billion dollars in damage — that happened immediately after, but puts that devastation into greater context, including the long-standing tensions with police that boiled over after the verdict.

9. Baltimore Rising (HBO, 2017)
Tracing the protests in Baltimore after the death of Freddie Gray — who died of injuries to his neck and spine while in police custody in 2015 — this documentary captures what happened after unsuccessful prosecutions of officers involved in his death.

10. Say Her Name: The Life and Death of Sandra Bland (HBO, 2018)
What happened to Sandra Bland? That chilling story, which begins with the young black woman pulled over for a simple lane change and ends with her mysterious death inside a Texas prison, is examined in this HBO series. Bland — a politically active woman who recorded her own frightening interaction with an officer — somehow ended up hanging in a cell, supposedly from suicide. But as this doc shows, the circumstances and evidence are more than suspicious, and raise unsettling questions about what we don’t know.

11. America to Me (Starz, 2018)
Called a “crash course on race” by Sesali Bowen of Refinery 29, this10-part series unpacks racial, economic, and class issues in contemporary American education by spending a year inside an affluent Chicago high school to get to the root of why white students’ grades were improving while black students’ grades stagnated.