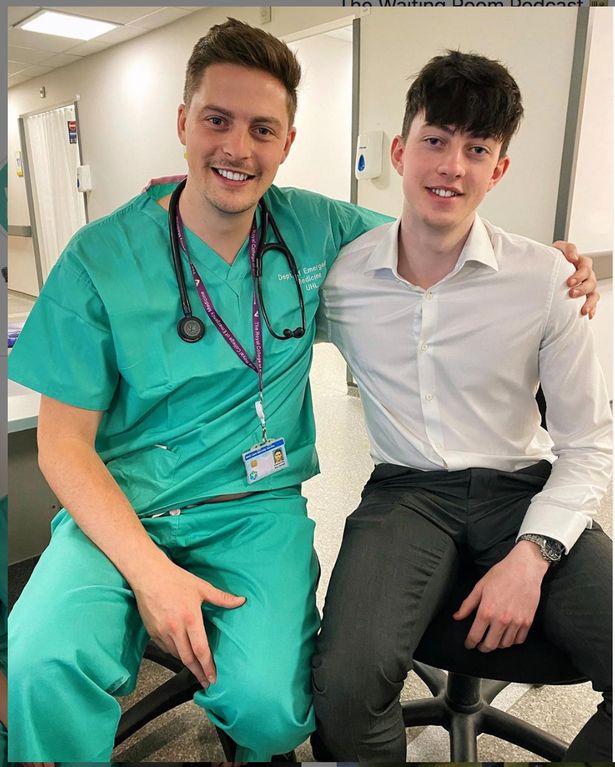 Dr Alex George has paid tribute to his late brother Llŷr as he opened up about his death on Lorraine.

The Love Island star, 30, spoke to host Ranvir Singh on Tuesday about his brother’s death by suicide.

Llŷr took his own life a year ago after struggling with mental health issues.

Alex said his family did not notice any signs that his brother was struggling prior to his death just weeks before he was due to begin medical school.

He also heaped praised on his “brilliant” girlfriend Ellie, saying she helped him deal with the loss of his brother.

“The hardest part of it is you’ll never have an absolute understanding of why.

“Every day I think about my brother as does the rest of my family and of course we think a lot about him. We think alot about “What if?” and I wish we could speak to him and have that conversation.

“The hardest thing around losing Llŷr was that we feel we didn’t have the chance to help him, and yes, I think it’s very important to look out for change and behaviour in family members and friends who might be acting differently.

“If there’s anything you’re worried about and to ask them how they’re doing. But we also need people to know that when they are struggling they can talk about it, and what I find very hard is that I don’t think Llyr felt that he could say it.

“It was there and I worry that shame was a big part of that.”