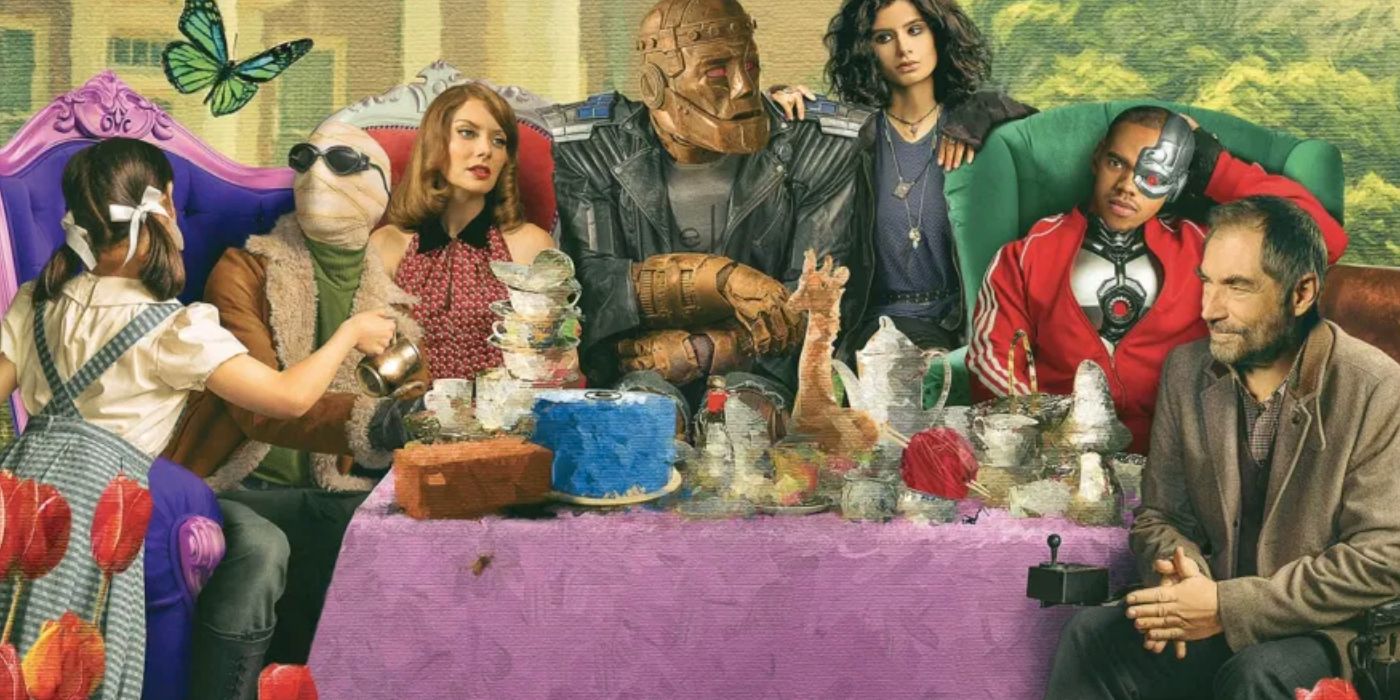 Production on Doom Patrol season 3 has officially begun. Initially conceived as a spin-off of Titans over on DC Universe, the quirky Doom Patrol has definitely evolved into its own thing. The series centers on a group of misfits who, after individual tragedies, find themselves with strange abilities. Under the tutelage of the Chief (Timothy Dalton), the Doom Patrol leans on each other and gradually becomes an unlikely family. While season 1 was exclusively kept to DC Universe, Doom Patrol season 2 made the jump to HBO Max last summer. Going forward, HBO Max will be Doom Patrol‘s sole home.

Doom Patrol season 2 ran from June to August 2020, and once more it delivered a wacky, delightful burst of entertainment for fans. The season ended with a nail-biting cliffhanger that saw young Dorothy Spinner set out to face The Candlemaker by herself. Fans were left reeling, especially since it wasn’t initially clear if Doom Patrol would return for more episodes. Finally, HBO Max announced in September Doom Patrol has been renewed for season 3. Comforted by the knowledge that the cliffhanger would be resolved, all that’s left for fans is to see when season 3 will actually arrive.

That piece of info still remains to be seen, but a major update has arrived. Doom Patrol stunt coordinator Thom Williams shared a behind the scenes picture on social media confirming the series has begun production on season 3. The stunt team is reporting for duty, and excitement is high. Check out Williams’ post down below.

Doom Patrol‘s production start comes as numerous television productions are shutting down due to COVID-19. Most of these are centered in Los Angeles, however, so the usually Georgia-based Doom Patrol might be able to avoid any issues. Assuming it doesn’t suffer any delays, season 3 could premiere by the end of the year. However, if there are any COVID-related stoppages, fans might have to wait until 2022. At this point, with the season being so early on, it’s hard to say what will happen.

Still, the news of Doom Patrol starting work on season 3 is definitely exciting. Season 2 was cut short by the pandemic, and hopefully season 3 will get the chance to fill in any missing pieces. Doom Patrol is widely regarded as one of the best DC shows out there right now, and based on where things were left off at the end of season 2, there are still so many stories to be told. Fans can rest assured that progress is being made, and their favorite band of weirdos will be back soon enough.