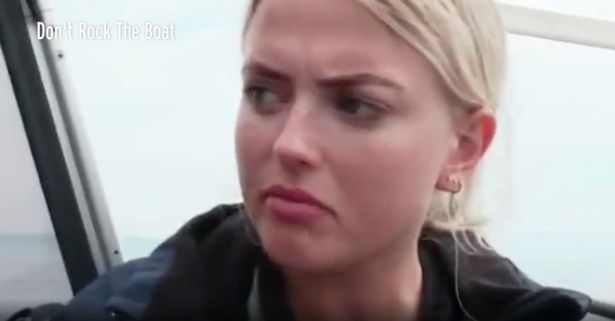 Lucy Fallon was left cringing last night as her Don’t Rock the Boat co-star Jack Fincham told he’d had sex in the sea.

The show sees two teams of celebs compete in a rowing race the length of Britain.

And as Lucy and Joe took a hard-earned break, the boat’s chat quickly turned to a game of Never Have I Ever.

“Never have I ever kissed someone at sea,” Joe told.

But he couldn’t resist sneaking in a cheeky brag, adding: “I’ve made love in the sea before.”

But in a serious moment, Shaun reckoned: “It was the hardest physical and mental challenge I have ever had to experience.

“At the tender age of 60, I was the oldest celebrity who took part. I thoroughly enjoyed it, though doing it at the time was really hard.

“No matter what the challenge I will always rise to it. I knew that about myself but I was wondering whether I could do it at the ripe old age of 60.”