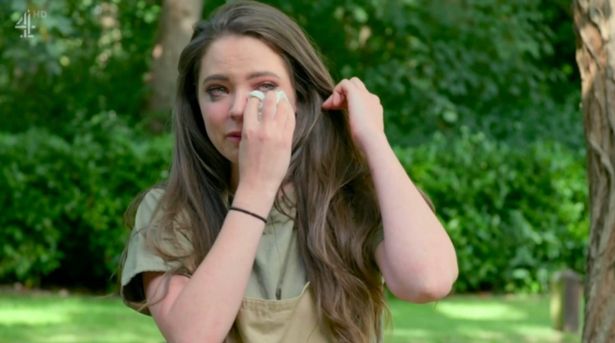 Bake Off fans were left furious last night as Lottie became the seventh baker to leave the tent.

The West Sussex native shed a few tears when hosts Matt Lucas and Noel Fielding read out her name, hugging her fellow bakers as she took her leave.

She had even been named Star Baker last week.

And Lottie was given the boot despite Laura being the firm favourite to leave after suffering a disaster of an ice cream cake.

As part of 80s week, the bakers were tasked with crafting ice cream cakes, notoriously difficult to make.

What’s more, they had to pull it off while filming on the hottest day of the year.

Lottie said after the show: “Well I think the Curse of the Star Baker truly struck – it really did! I had run out of oomph by that stage, and I knew it was my time to go.

“I knew a 100% before it was announced that it would be me leaving and I think all the other Bakers were fully aware.”

*The Great British Bake Off continues on Tuesday at 8pm on Channel 4.