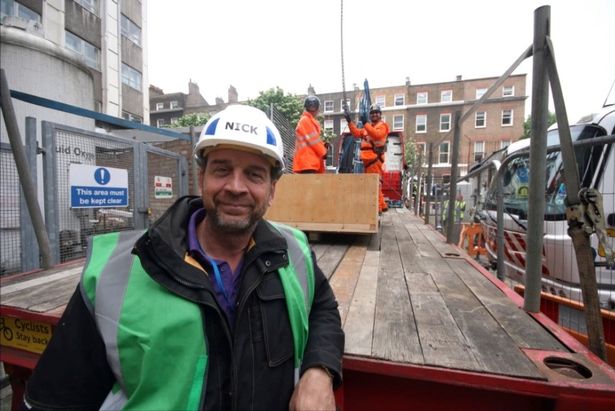 DIY SOS ‘s future has reportedly been called into question after host Nick Knowles signed a contract to host shows on rival Channel 5.

The often tear-jerking home makeover show sees Nick and his team transform homes, and has been on the air since 1999.

But now, BBC bosses are reportedly unable to confirm if the show will return for another series after Nick’s exclusive contract ended, leaving him able to present on other channels.

He will host Your Life on Your Lawn, which assists families with decluttering their homes, and Home Improvements, where he will offer advice to homeowners to bring their properties to their best potential.

A source told The Sun : “DIY SOS has been a staple for years, so to see it not being prioritised is a bit strange.“

He tweeted: “Brand new Big Build on BBC1 right now folks – last one for a while.”

He also wrote: “There’s one in half an hour and then we don’t have a date for another.”

He also recorded a video message to promote the show to his 158,000 followers on Twitter, where he explained: “Tune in if you can, it’s the last one for a little while.

“There’s a break again until they show any more. Please tune in if you can and support the show. I think you’ll find it uplifting.”