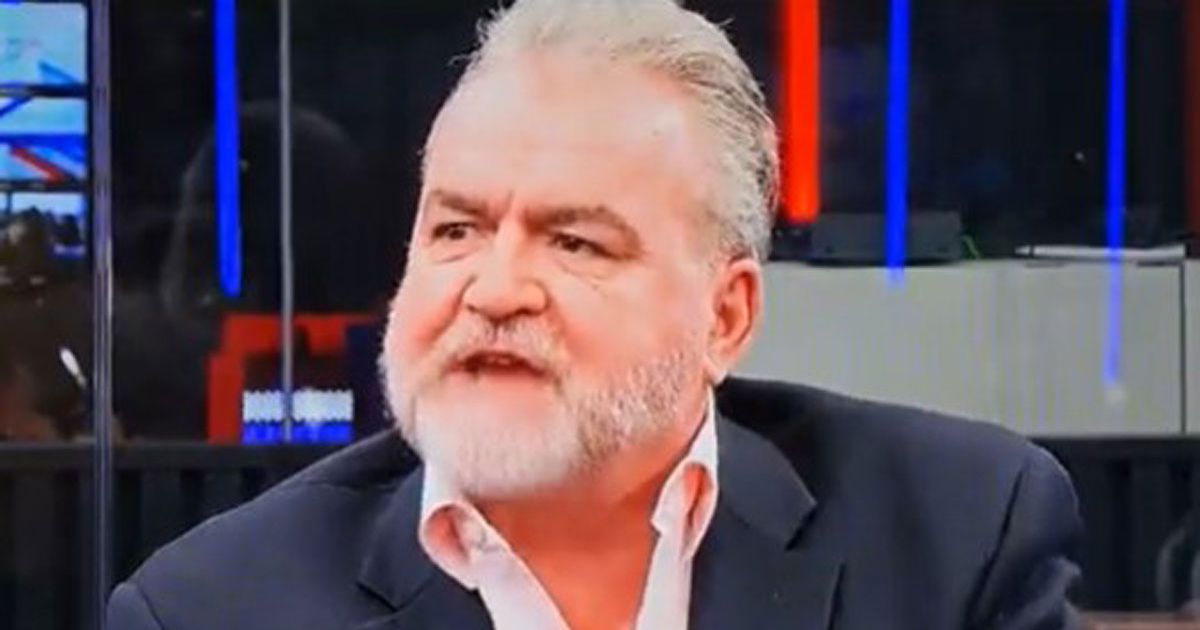 Jon Gaunt says nurses who threw their uniform are ‘crackpots’

The 60-year-old political pundit was a guest on yesterday’s Neil Oliver’s Coast To Coast show where he was joined by Welsh comedian Abi Roberts, 55.

On the agenda was discussing several protests across the UK where NHS staff joined ant-vaxxers to show their anger at new plans for compulsory vaccinations for all medical workers.

Jon began by calling the doctors and nurses who had attended the rallies in London, Manchester and Newcastle “pathetic” and “crackpots”.

He raged: “The nurses today throwing their uniforms on the floor. Absolutely pathetic. Sack the lot of them.”

Do you agree with Jon Gaunt’s views on NHS vaccinations? Tell us in the comments below!

Jon Gaunt saw red during a debate on GB News

Abi then raised his previous stance that everyone should be jabbed, including small children.

She said: “I have never called for the vaccination of children. I have never said that vaccinating children is a good thing, and you have. “

Jon hit back: “Yes I have. And I stand by it. We should vaccinate everyone.

“All of those nurses today, they weren’t all nurses by the way, an estimated 80,000 people, are a disgrace. All those people should get off the street, roll their sleeve up and get vaccinated.

“If not, be redeployed or sacked. I’m with the Government on this.”

Touching upon his comments about vaccinating children, host Neil asked if he really believed that, considering there was no data about the jabs’ long term effects on people or youngsters in particular.

Getting angrier, Jon said: “There can’t be long term data can there as it’s a pandemic and it’s just started and the drugs have only just been developed. It’s a false argument, Neil.”

Abi then tried to ask Jon what his reaction would be if he needed medical care but the people treating him were not vaccinated – and that’s when things erupted.

She pressed: “If you had to go to hospital. Would you accept being treated by an unvaccinated nurse or doctor?”

Abi kept repeating herself, prompting Jon to lash out in frustration. He snapped at Neil: “I’m not going to carry on talking. Neil can you control her?”

Abi pointed out “that sounds a bit like a misogynist” – which really tipped Jon over the edge.

He raged: “And you’re just a ‘big mouthed foul yob who is misinformed’ but I am not saying that to you am I?

“I have a point of view that I am surely allowed to express in full.”

Neil then told the audience that they were going to an advert break.

Jon’s behaviour on the show was branded “disgraceful” by one Twitter user.

However, one person responded: “As an unvaxed NHS ambulance service employee I would be more than happy to help Jon in his time of need, because that’s what we do”

Off air, both Jon and Abi tweeted their thoughts and feelings on the row that played out on screen.

Jon tweeted: “Before any more thick people ask would I refuse treatment from an unvaccinated health worker the question shouldn’t arise as they should all #GetVaccinatedNow or get another job.

“The anti-vaccine idiots and the few hundred who protested yesterday are still bleating on with their personal choice 6th form arguments. If you work in healthcare #GetVaccinatedNow get a life. If you refuse you should get another job. Most health professionals have done right thing.”

Meanwhile Abi said: “I very rarely use the word misogynist, unless it’s justified, and tonight on @GBNEWS with @jongaunt it was entirely justified. Hateful, bullying, woman-hating c**t-blob.”