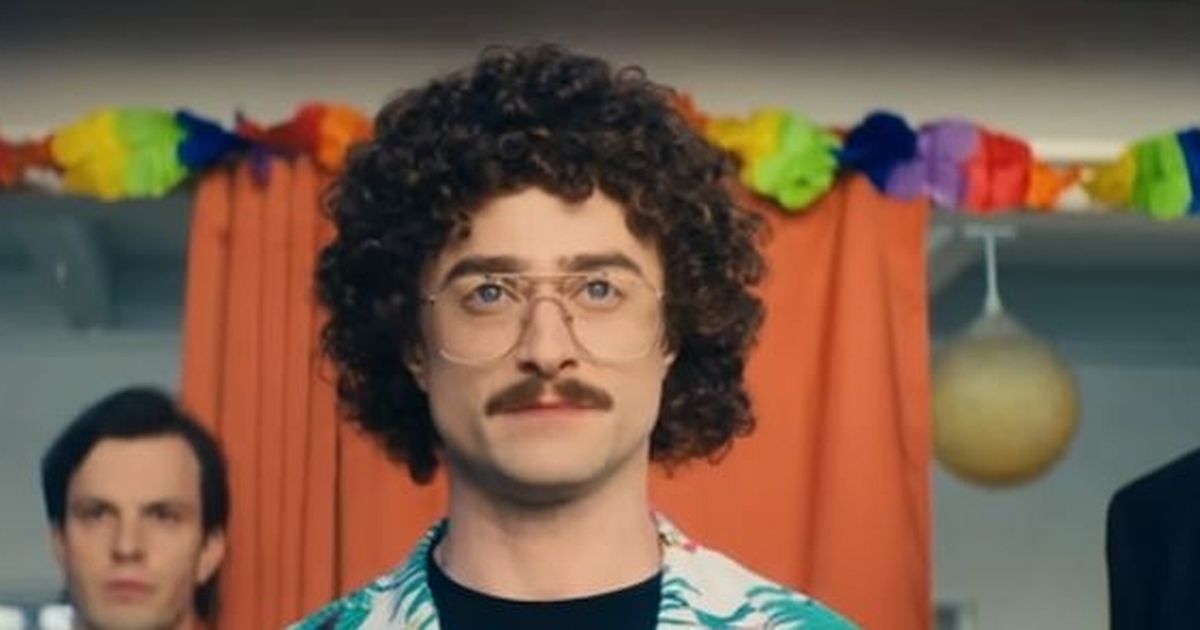 The Harry Potter star plays the titular character, who has had parody hits such as Eat It, Fat, Smells Like Nirvana and White & Nerdy, in Weird: The Al Yankovic Story

Daniel Radcliffe parades around the stage topless whilst spitting out whiskey and plays the accordion during the first clips of the Weird Al Yankovic biopic.

On Tuesday, Roku Original released its first trailer of the film about the satirical musician whose career has spanned over 45 years.

The Harry Potter star plays the titular character, who has had parody hits such as Eat It, Fat, Smells Like Nirvana and White & Nerdy, in Weird: The Al Yankovic Story, which is set to be released later this year.

Weird Al is believed to have co-written the screenplay alongside Eric Appel, who was the director and executive producer for the biopic.

Weird: The Al Yankovic Story details the extraordinary life and career of the comedic musician, who has gone on to win five Grammy awards, six platinum records and a Billboard 200 number one album – Mandatory Fun.

At the start of the trailer, Radcliffe speaks into a microphone saying “hope you guys are ready for this” before playing one of Yankovic’s trademark accordions.

As the next couple of scenes see Radcliffe embody the satirical musician, which includes wearing an array of colourful Hawaiian shirts, he is next seen walking on stage shirtless swigging and spitting out whiskey while his hit ‘Like A Surgeon’ – a parody of Madonna’s hit ‘Like A Virgin’ – playing in the background.

After asking radio host Dr Demento and two other men “has anyone got an accordion?” with three hands coming into shot armed with the instrument, Radcliffe finish the one-minute trailer by letting Madonna – played by Evan Rachel Wood – into a mansion and quipping “well what can I say? I’m full of surprises” before struggling to close the front door.

The quirky first teaser trailer has been released
(

Yankovic credits Dr Demento for giving him his initial exposure which he built his career on on his Southern California-based radio show. Dr Demento is played by The Office star Rainn Wilson, while Toby Huss and Julianne Nicholson portray his parents Nick and Mary Yankovic respectively.